These stocks surged to new highs following earnings, and could still have more upside.

The stock market is reaching expensive valuation levels, but there are some growth stocks beating investor expectations that could still have upside.

Google parent Alphabet (GOOG 1.56%) (GOOGL 1.90%) and microchip designer Silicon Laboratories (SLAB -0.72%) turned in solid results for the third quarter, pushing both stocks to new highs. Most notable was Silicon Labs' earnings, which sent its share price up about 25% the next day. Here's why both stocks are still good investments at current prices. 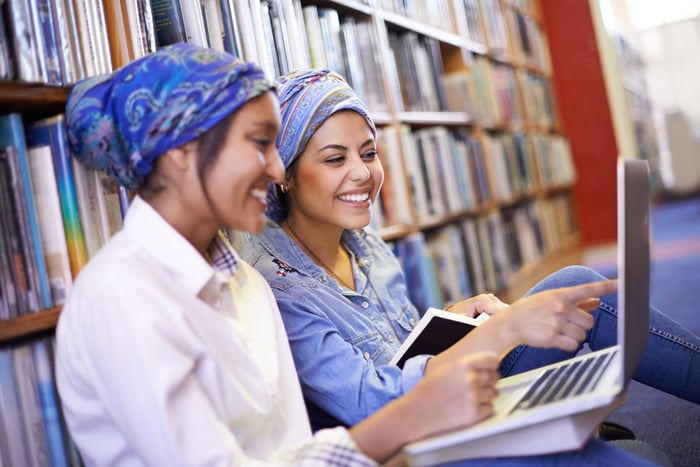 Alphabet has been on a roll this year. Despite strong growth in Google Cloud and other services, advertising is still Alphabet's bread and butter, comprising 81% of the business in the third quarter. The last two years' performance in Q3 tells the story of the company's momentum right now.

Alphabet's constant-currency revenue growth clocked in at 20% in Q3 2019, 14% in Q3 2020, and 39% in this year's Q3. That acceleration has translated to meaningful improvement in operating margin, which fueled a 70% year-over-year increase in earnings per share in the most recent quarter.

It turns out the reopening of brick-and-mortar stores has been a boon for Google's ad business. As Senior Vice President Philipp Schindler said on the earnings call, "Brick-and-mortar isn't dead. Instead, omnichannel is in full force." Ad revenue is surging, and search queries for "open now near me" are up four times globally compared to the year-ago quarter. Google Search & other revenue grew 43% year-over-year to $37.9 billion.

Many consumers are also turning to YouTube for product research before buying. This contributed to strong growth in advertising revenue for YouTube, increasing 43% year-over-year to $7.2 billion.

All this growth translated to higher free cash flow. Since 2019, free cash flow has more than doubled to $65 billion on a trailing 12-month basis. The company ended the quarter with $142 billion of cash and marketable securities sitting in the coffers.

Google's wide competitive moat based on its position as the gateway to the internet and strong cash generation makes the stock an excellent investment for the long term. The stock surged to a new high after earnings last week, but has since pulled back a bit. It trades at an attractive price-to-free cash flow ratio of just under 30 at the time of writing. 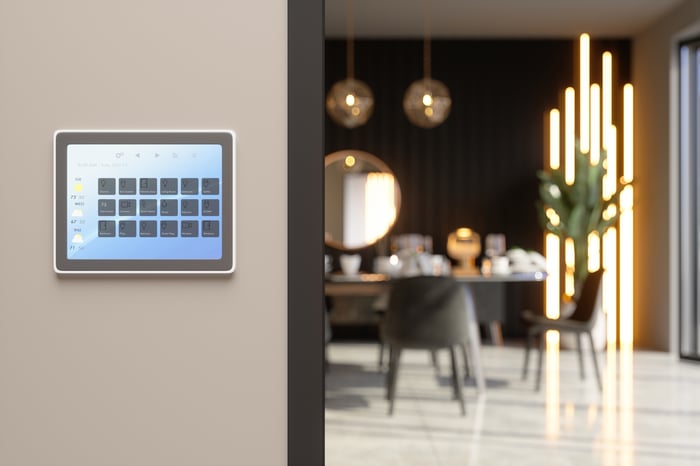 The opportunities emerging in wireless electronic products, such as the Internet of Things, are requiring companies to be fast on the trigger with new innovations to keep up with the competition. Many companies in the IoT market are turning to Silicon Labs, which specializes in designing chips and software to help devices stay connected.

Since the end of 2020, Silicon Labs has been on fire. After reporting just 6% growth in revenue last year, Silicon Labs has seen a sharp acceleration in demand so far in 2021. Revenue surged 39% year-over-year in Q3, and this could be the start of an amazing run for this IoT stock.

Management obviously sees a bright future ahead. It sold its infrastructure and automotive business to Skyworks Solutions in July for $2.3 billion in after-tax proceeds. In a shareholder-friendly move, management announced it would return $2 billion of that amount to shareholders in the form of special dividends or share repurchases, or a combination of both. At the beginning of September, Silicon Labs completed a Dutch auction where it repurchased 8.9% of its total shares outstanding.

After the sale, Silicon Labs can now go full throttle in the fast-growing IoT market, where the company is gaining market share. Its wireless products grew 48% year-over-year in Q3, with strong demand for the nuts and bolts of IoT, such as Bluetooth, Wi-Fi, Z-Wave, Zigbee, Thread, and Proprietary communication technologies.

The stock surged to a new high after the Q3 earnings report, now up 52% year-to-date. Silicon Labs has been successful in passing higher supply costs on to its customers to maintain its profit margin, but it's still seeing strong revenue growth -- a sign of tremendous demand in the marketplace.

The stock trades at a high valuation of 87 times free cash flow, but it could still deliver good returns. With only $1.1 billion in trailing 12-month revenue, Silicon Labs has only captured a fraction of its estimated $10 billion addressable market. This is a promising stock to invest in the growing IoT market.