Earnings were fine, but the future is cloudier than investors hoped.

Shares of gaming company Activision Blizzard (ATVI 0.54%) fell 12.7% in the first four trading days this week, according to data provided by S&P Global Market Intelligence, after the company reported an underwhelming quarter. Shares fell the most on Wednesday, following the earnings report, and have tried to mount a small gain late in the week.

Third-quarter 2021 results were pretty solid with revenue of $1.95 billion coming in slightly below guidance but earnings per share of $0.78 easily topping the $0.64 management had given as outlook. But fourth-quarter revenue is expected to be just $2.02 billion and earnings is expected to be $0.54 per share, which is disappointing given the typically strong holiday quarter for gaming stocks. 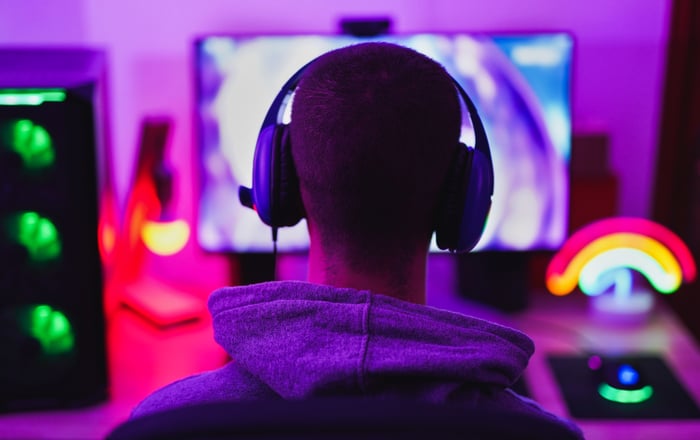 Some of the worst news was that Diablo IV and Overwatch 2 will take longer than expected to complete and likely won't launch next year. That pushes out two potentially profitable games likely into 2023 when the gaming environment could change significantly.

The gaming market is moving quickly and companies like Activision Blizzard need to strike when they have hot titles. That's why the delay of Diablo IV and Overwatch 2 is so concerning.

As strong as Activision Blizzard is in the gaming world today, it's also not the biggest name in mobile gaming and has no presence in future platforms like augmented reality and virtual reality. Given that uncertain growth story, investors can react sharply when even a hint of a slowdown is seen and that's why we saw this week.