A competitor's luxury sedan is getting phenomenal reviews, and Nio investors are getting nervous.

After rallying through the week, electric vehicle (EV) stock Nio (NIO -0.09%) broke its winning streak on Friday, dropping 2.2% as of 2:25 p.m. EDT. A top competitor's luxury cars are grabbing eyeballs, making investors in Nio jittery ahead of its upcoming earnings report.

Up until a couple of weeks ago, Nio was mainly pitched against XPeng and Li Auto, given that all three are China-based electric car manufacturers. There's another competitor in the scene now that's getting all the attention: Lucid Group (LCID -3.26%).

This past weekend, Lucid started deliveries of its first car, the Lucid Air Dream Edition. Ever since, EV enthusiasts have their eyes -- and ears – glued to what the media and customers have to say about the Lucid Air, which is also the longest-range EV so far, even better than Tesla's longest-range car yet, the Model S. 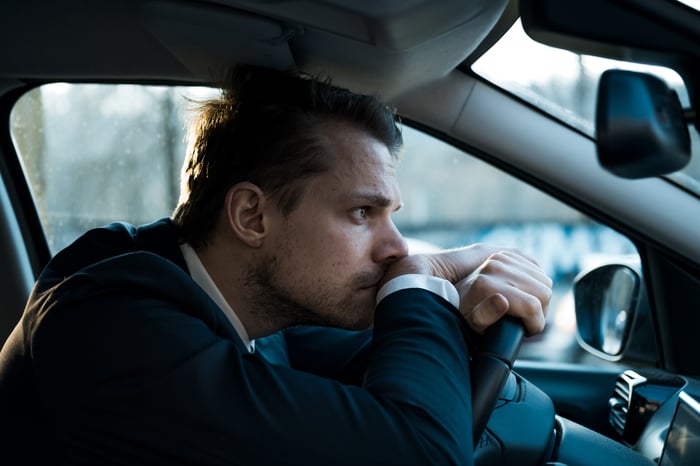 So far, Lucid Air has received rave reviews. On Nov. 5, Motor Trend called it "shockingly good," saying the Air is the "most compelling American luxury car in recent memory." Earlier in the week, the Wall Street Journal called Lucid Air a "worthy Tesla opponent." This morning, Lucid also announced the opening of a studio in Washington, D.C., to expand its footprint.

Nio is striving to overtake Tesla in China, and perhaps eventually elsewhere, in the premium car space, so Lucid's rise is keeping Nio investors on the edge. It didn't help that Nio recently reported a sharp drop in deliveries in the month of October even as rivals in China continued to grow.

Nio shares rose yesterday after Deutsche Bank posited a price target of $70 a share on the stock. You'd generally expect a stock in a red-hot industry like EVs to soar after such a big analyst upgrade, but the drop in Nio shares today proves otherwise. Granted, Lucid is showing a lot of promise, but that doesn't mean you should write off Nio. Nio's order flow remains as strong as ever, and the drop in deliveries last month might as well be a one-off case. That's something you might want to watch out for when Nio reports its third-quarter earnings on Nov. 9.