Cirrus Logic's (NASDAQ:CRUS) fiscal 2022 second-quarter results cruised past Wall Street's expectations. The company reported solid growth in its top and bottom lines on Nov. 1, thanks to the increase in demand for chips used in smartphones such as Apple's (NASDAQ:AAPL) latest iPhones, as well as the growing contribution from its high-performance mixed-signal business.

Let's look at Cirrus' latest numbers and see why it remains one of the top tech stocks to buy right now. 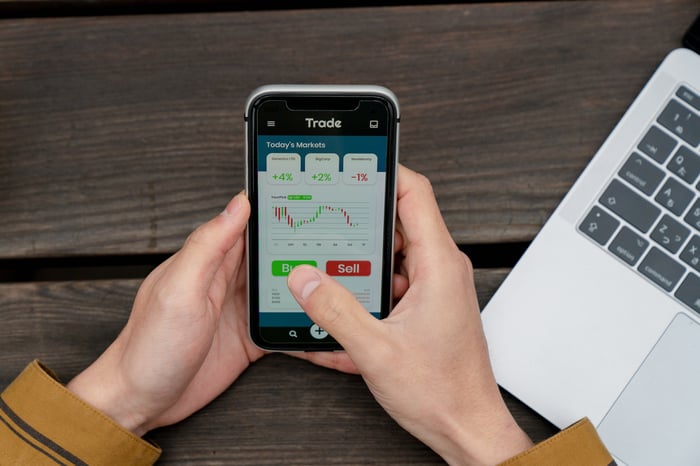 Cirrus' Q2 revenue jumped 34% year over year to a record $466 million, which was at the higher end of the company's guidance range. Non-GAAP earnings increased to a record $1.82 per share from $1.26 per share in the year-ago period, well ahead of the $1.63 per share consensus estimate.

The chipmaker pointed out that its impressive growth was largely driven by "the ramping of components ahead of customers' new smartphone launches," which seems like a reference to Apple's recent launch of the iPhone 13 line-up. Apple is Cirrus' largest customer, accounting for 83% of its total revenue in fiscal 2021. The iPhone maker produced 80% of Cirrus' total revenue in the previous quarter, playing a key role in its growth as the latest Apple smartphones use more chips from Cirrus.

This is evident from the sharp growth in Cirrus' revenue from the high-performance mixed-signal segment, which supplies camera controllers, haptics and sensing chips, and fast-charging and power-related components. This segment's revenue increased 145% year over year to $165.1 million, accounting for 35% of Cirrus' top line.

Cirrus is supplying power conversion chips to Apple for the latest iPhones, along with audio codecs, as revealed by a teardown of the iPhone 13. This indicates that Cirrus has contracted to provide more content at Apple, as it was only supplying audio chips to the smartphone giant until last year. So it can be assumed that Cirrus is now getting more revenue from each unit of the iPhone. This is great news for the chipmaker, as Apple's unit shipments are expected to continue increasing in the 5G smartphone era as more users upgrade to the latest wireless technology.

According to Credit Suisse, Apple could ship 237 million iPhones in 2022 and 249 million units in 2023. That wouldn't be surprising, as there are millions of users in the iPhone installed base who still don't have 5G devices. So Cirrus is on track to enjoy a mix of greater volumes and higher revenue thanks to its largest customer. But at the same time, investors shouldn't forget that the company is taking steps to diversify its business by expanding into other fast-growing areas.

Tapping into a bigger market

Though Cirrus Logic is heavily dependent on Apple for a huge chunk of revenue, it has taken steps to diversify its addressable opportunities to bolster its presence in the high-performance mixed-signal market. The company seems to be making progress, as the adoption of its power conversion chip by Apple indicates.

Of course, this won't help Cirrus' revenue diversification in the near term, but it could encourage other smartphone original equipment manufacturers (OEMs) to adopt its chips, especially considering that the company claims to have "stronger and more diverse relationships across Android." Additionally, it is worth noting that the high-performance mixed-signal market is expected to unlock a $3.5 billion serviceable addressable market (SAM) for Cirrus by 2025, higher than the audio market's $3 billion opportunity.

For comparison, Cirrus' total SAM stood at $2.7 billion last year, of which audio accounted for $2.3 billion and the high-performance mixed-signal business accounted for the remaining $435 million. So Cirrus is going after a bigger and faster-growing market in addition to the sizable audio opportunity it is sitting on.

Not surprisingly, analysts expect Cirrus to clock double-digit percentage earnings growth over the next five years, which would be a huge improvement over the flat earnings growth of the last five years. With Cirrus trading at just 20 times trailing earnings as compared to the S&P 500's average of 29, investors looking to buy a tech stock right now would do well to take a closer look at this chipmaker.