A new partnership boosted the stock leading up to earnings.

Snowflake didn't report earnings in October, but the tech sector bounced back broadly from a September swoon. Moreover, several other cloud companies did report during the month, mostly with strong growth.

In addition, Snowflake announced a new partnership with another high-powered enterprise tech company, boosting optimism around their combined offerings. 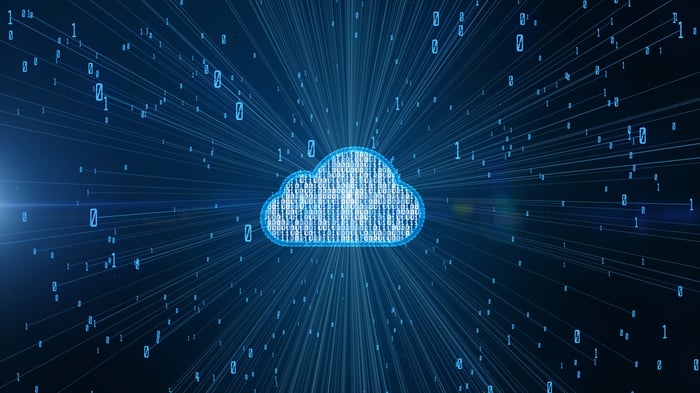 Snowflake announced a partnership with robotic process automation company UiPath (PATH 3.30%) in October. UiPath is an up-and-coming software company that helps businesses automate lots of time-consuming tasks. As part of the partnership, UiPath will integrate its UiPath Insights platform, which gathers data on a company's automation, with Snowflake's data platform. Their combined capabilities will likely make customer journeys to the cloud easier and more successful.

UiPath had been somewhat of a market darling this year after going public to much fanfare back in April. Snowflake has been a market darling itself since it went public just over a year ago, so to see these two fashionable companies link up boosted sentiment around each.

In addition, tech stocks performed well in October, bouncing back from a September in which inflation fears gripped markets and sent the tech sector down. All of the FAANG stocks reported during October, and their results likely boosted sentiment for other cloud-based SaaS companies like Snowflake.

Snowflake doesn't report earnings until December 1, so investors will have to monitor results in the cloud sector until then. Management is guiding between $280 million to $285 million in product revenue, which would mark 88% to 92% year-over-year growth.

Given the strength in cloud names, a beat seems like a good bet; yet after the stock's recent surge, Snowflake remains very expensive, at nearly 130 times sales.