The observability technology company rebounded as it held its annual product conference.

While there were no financial releases during the month, technology stocks broadly rebounded from a September swoon. In addition, Splunk held its annual .conf virtual conference, during which it unveiled lots of new innovation to its observability platform. 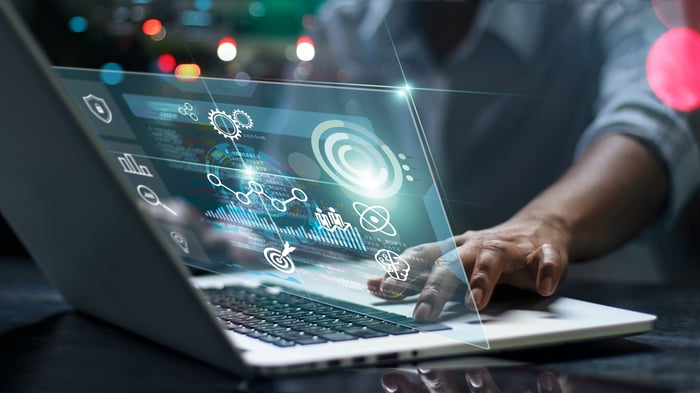 Among the items that the company unveiled during the conference included a slew of enhancements to its platform, such as more customization, a new partner program with leading IT consultants and cloud platforms, and enhanced cybersecurity features. The latter includes the Government Logging Modernization Program, which was designed to aid federal agencies in complying with a new Biden administration executive order on cybersecurity for enterprises.

Cybersecurity actually accounts for about 50% of Splunk's business, according to a recent interview with CEO Doug Merritt. With large cyberattacks only on the rise, look for customers to depend on Splunk's platform to provide key insights. Its leading observability platform is also becoming more important to the customer-facing digital experience, as infrastructure data can be mined for insights and improvements to speed of digital applications.

Splunk doesn't report its earnings until Dec. 1, but even after the stock's recent rise, shares still trade well below the all-time highs set back in the summer of 2020. The company is going through a transition from on-premise deployment to a cloud-based software-as-a-service product. That has had an effect on headline revenue, since cloud subscription revenue is recognized over a longer period than up-front perpetual software licenses are.

However, the company appears to have gotten past the midpoint of that transition this year, with cloud bookings exceeding 50% of total bookings during Splunk's last fiscal year, so there still could be gains ahead for shareholders if management continues to execute.