What seems like a high price tag is easily justified by the quality of these businesses.

Owning outstanding businesses is one thing. Buying them at attractive prices is the other side of the equation. The combination of these two, however, can lead to stock market outperformance over the long term.

Often, some of the best companies trade at what initially seem like expensive valuations. But it might be a smart idea to pay up for a quality stock with competitive advantages and a solid growth outlook.

Here are three hot stocks that could be worth their high prices. 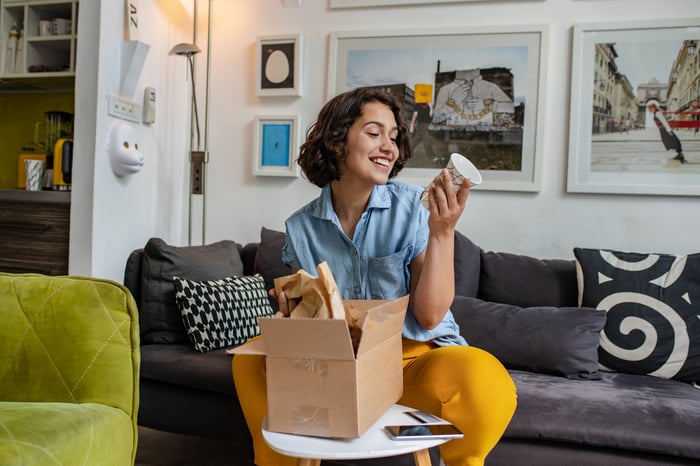 Over the past five years, Etsy (ETSY -0.47%), the online marketplace for unique goods, has seen its stock price soar more than 2,300%. Offering up items that can't be found anywhere else, the company has attracted 7.5 million active sellers and 96 million active buyers from around the globe onto its site. Gross merchandise sales per active buyer over the trailing 12 months increased 20% compared to the prior-year period.

Trading at a forward price-to-earnings (P/E) ratio of 82 today doesn't scream cheap, but it could be worth it for a business like Etsy that produced $584 million in free cash flow on $2.2 billion in revenue over the past four quarters. This company is able to continue expanding with minimal capital requirements, which is why management has long been using excess cash to buy back shares.

Investors should also consider the massive $1.7 trillion total addressable market (TAM) that Etsy is seeking to conquer, including developing countries like India which could add further to that opportunity over time. And with the recent acquisitions of secondhand fashion reseller Depop and Brazilian e-commerce platform elo7, Etsy is well on its way to becoming what CEO Josh Silverman calls a "House of Brands."

A return of more than 750% over the past five years is not something you'd assume from an apparel stock, but that's what Lululemon (LULU -1.03%) has achieved. The maker of extremely popular women's and men's athletic clothing has a strong following from its customers thanks in large part to a focused, direct-to-consumer distribution strategy that allows the business to keep tight control of its inventory and supply chain.

As things stand right now, Lululemon's stock sells for 63 times forward earnings, which is a significant premium to sportswear behemoth Nike as well as the broader S&P 500. But Lululemon has increased quarterly sales and profit by 182% and 288%, respectively, since the second quarter of 2016. Add this excellent growth to an already-powerful and strengthening consumer brand, and you have a solid investment opportunity.

The global athletic apparel market is expected to reach $221 billion by 2026, leaving Lululemon a huge runway to continue taking market share. The company has also barely scratched the surface in the at-home fitness industry with its new Mirror subsidiary. If the initial success of Peloton is any indication of where Mirror can go, then there's plenty to like about Lululemon's stock.

While streaming services Netflix and Walt Disney's Disney+ receive a lot of attention these days, Roku (ROKU -4.02%) -- a top TV platform that connects viewers, content companies, and advertisers -- is also in an advantageous position as the world continues to move away from traditional cable TV. And the stock has been a runaway winner, skyrocketing more than 1,100% since the business went public in September 2017.

Shares in Roku can be yours if you're willing to pay a forward P/E ratio of 199. This price tag would certainly scare away value investors, but the company's network effects (adding more content which attracts more users, advertisers, and ultimately more content) and growth prospects make it a worthwhile investment to consider. Roku's gross profit jumped 69% year over year in the last quarter, and the company's average revenue per user was up a remarkable 49%.

Roku now has 56.4 million active accounts that watched 18 billion hours of content during the latest three-month period. There are 1.2 billion broadband-enabled households worldwide, which investors can view as Roku's TAM and aspirational customer base over time. Founder and CEO Anthony Wood believes that the U.S. market is more mature than the rest of the world in terms of streaming penetration, leaving international expansion as a big opportunity in the years ahead.

What the Smartest Investors Know About Etsy Stock
420%