Shares of Cricut (NASDAQ:CRCT), a company that provides hardware and software for people making handcrafted goods, crashed on Thursday after the company reported financial results for the third quarter of 2021 that fell short of expectations. As of 3:30 p.m. EST, Cricut stock was down 14%.

In Q3, Cricut generated revenue of $260 million, which was up a respectable 24% year over year. Management hadn't provided guidance; however, analysts had expected a little more on the top line. Because Cricut didn't live up to these expectations, Morgan Stanley analyst Katy Huberty lowered the price target substantially, according The Fly. Previously, Huberty had a price target of $29 per share for Cricut stock. This has now been lowered to $20 per share. 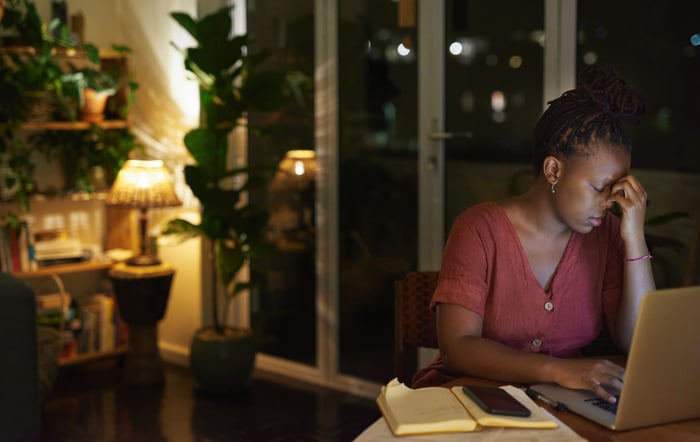 Cricut had its initial public offering (IPO) less than a year ago, and at one point the stock had more than doubled, as investors were bullish about the opportunity for powering the creative economy. But that bullish sentiment has all but disappeared and the stock is now down over 40% from its previous high.

For those wondering if the company can regain its former glory, there was an encouraging sign in this Q3 report. Cricut now has 5.7 million users, which is a solid increase from the roughly 5.4 million it had last quarter. The average revenue per user has dropped over that time. But if these new users are successful thanks to its services, there's a good chance they'll spend more in the future, creating a tailwind for this business.

This isn't a guaranteed outcome for Cricut, of course. But it's reason for hope and something to watch in coming quarters.