These two stocks have more than doubled in 2021, but they still can be bought for under $20 per share.

But recent drops in the market have brought both of these stocks back under $20 per share, which makes it a good time to consider adding them to your portfolio. Hereʻs why. 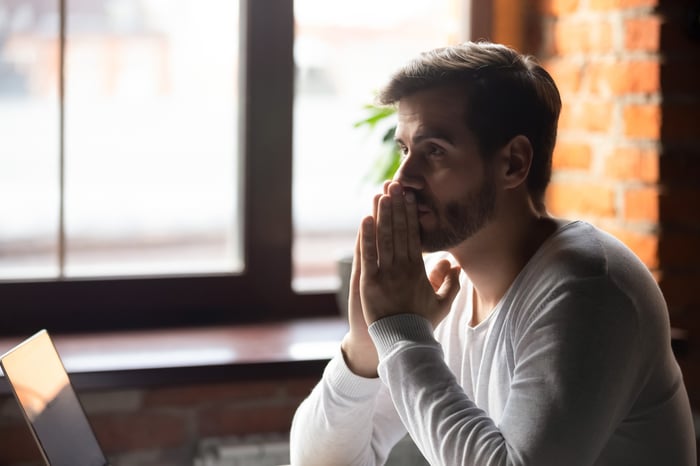 Ford has been on a roll

On Monday, Nov. 8, Ford Motor Company closed over $20 per share for the first time in 20 years. But it dipped back under $20 the next day and is currently hovering right around that number. That's good news for investors because Ford has been on an incredible run the past year or so, and it still has plenty of good road ahead.

But the automaker still has room to ride, thanks to its low valuation and strong growth prospects, particularly for its growing lineup of electric vehicles (EVs). It has a forward price-to-earnings (P/E) of around nine and a low P/E-to-growth (PEG) ratio of 0.17, which means its value is low compared to its expected growth.

While the auto sales market is down in general due to the chip shortage, Ford has stood out. In September, Ford was the leading auto seller in the U.S., with sales up 34% over August. It sold 12.9% of cars in the U.S. for the month, up 3.8 percentage points over August.

Ford investing some $30 billion in EVs by 2025, and the fruits of that investment are showing as it had record EV sales in September. Its Mustang Mach-E is the second-best selling SUV behind Tesla Model Y, and the fourth-best-selling EV overall. And the forthcoming F-150 Lightning truck, based on the longtime best seller the F-150, already has 150,000 preorders. It will come out next spring.

The transition to EVs got a boost with the infrastructure bill signed into law this week, which earmarks $7.5 billion for EV charging infrastructure. Depending on how long the chip shortage goes on, there could be some headwinds in 2022, but long-term, Ford is a great buy at under $20 per share.

Dynavax Technologies gets a shot in the arm

Dynavax Technologies, like Ford, broke over $20 per share in early November, only to come tumbling back down about 23% to its current $16 per share. That drop came after the vaccine manufacturer released its third-quarter earnings, but it likely had more to do with the fact that Moderna dropped sharply on the news that it had to lower its revenue outlook on softer vaccine demand. The fact is, Dynavax had a strong quarter, so the drop is opportune in that it makes for a great time to buy shares of this stock at a lower price.

Dynavax has been on a great run, with the stock price up 257% year to date, even after the post-earnings drop. The stock has a high valuation with a forward P/E ratio of about 80, but it is a young, growing company that is starting to hit its stride, as the third-quarter earnings showed. The company did $108.3 million in revenue, up some 708% year over year, buoyed by a record sales quarter for its Heplisav-B hepatitis B vaccine.

Sales of the vaccine, first introduced in 2017, almost doubled year over year to $22.7 million in Q3. It is the only Food and Drug Administration (FDA)-approved two-dose vaccine for hepatitis B, as opposed to three doses for its competitors. It starts to take effect in one month, as opposed to a more extended period for three-dose competitors. The vaccine has a 33.5% market share, up from 23% a year ago -- and that is expected to grow as, after a slow start, the vaccine has seen steady increases in sales and market share.

On the third-quarter earnings call, CEO Ryan Spencer said Heplisav is "progressing to become the standard of care adult hepatitis B vaccine in the U.S." with a market opportunity that "has the potential to grow to over $800 million annually over time."

Dynavaxʻs other revenue stream is its CpG 1018 vaccine adjuvant, which is a component of several COVID-19 vaccine candidates, including those being developed by Medigene Vaccine Biologics, Clover Biopharmaceuticals, Biological E (BioE), and Valneva. CpG 1018 generated $84.3 million in revenue, up from just $1.7 million a year ago. It is expected to generate between $375 million and $425 million of revenue for the full year.

Next year, revenue should continue to be strong as the Medigene vaccine got emergency use authorization (EUA) in Taiwan, and BioE is progressing toward EUA approval in India, with the others in clinical trials. Also, Dynavax struck a deal with the U.S. Defense Department to develop a recombinant plague vaccine adjuvanted with CpG 1018.

So, take advantage of the recent dips in the market and consider these two top stocks under $20 per share.