Investors continue to vote with their wallets that Disney's results were underwhelming this week.

Investors continue to send shares of Dow Jones Industrial Average (^DJI 0.12%) component Walt Disney Co (DIS 0.28%) lower on Nov. 12. Shares of the media and entertainment giant are on track to finish the week down more than 10% from the intra-week high, following its earnings release on Wednesday. The Dow Jones is on track to close up 187 points as of 3:50 PM ET. If current levels hold, the Dow will finish the week down just under 1%. 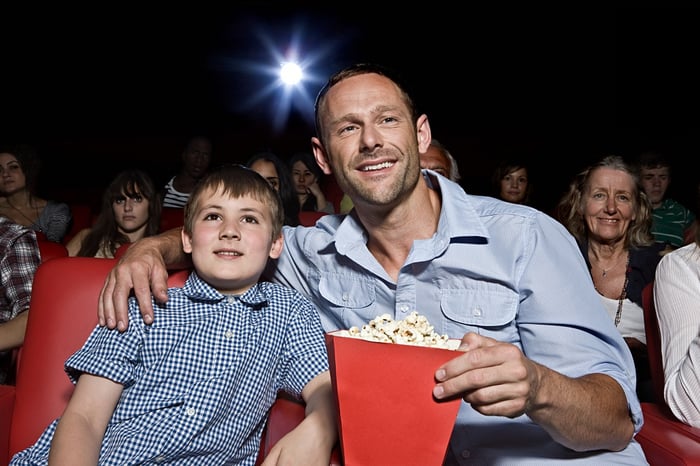 Disney's earnings results were not well-received by Wall Street. It seems that the vast majority of the focus is on the company's streaming business, mainly Disney+. And for good reason, since a large portion of the company's current revenues is tied to legacy industries, such as linear pay-TV and the movie industry, which are in decline in much of the developed world -- largely because of the growth in demand for video streaming. 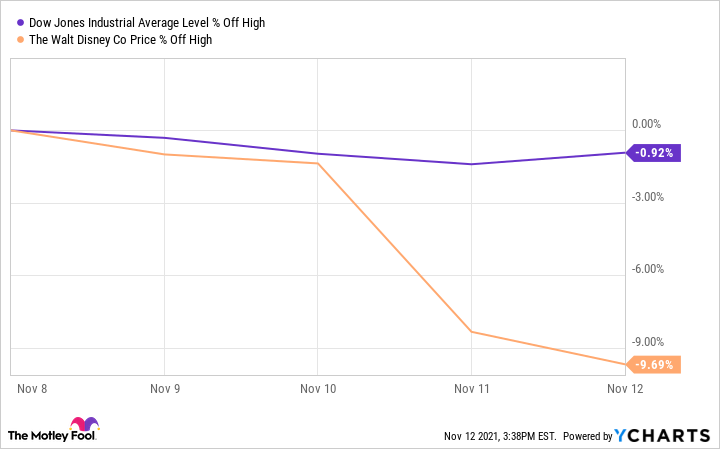 But the coronavirus pandemic has been like rocket fuel for Disney+, sending its count well over 100 million subscribers years ahead of schedule. With so much growth so quickly, it shouldn't be a surprise that subscriber additions are slowing.

At this stage, Disney+ accounts for less than 10% of the company's total revenues, but there's been so much focus on this one small -- albeit important in the big picture -- segment that investors may be missing out on what's happening with some other really important parts of the company.

The biggest one that's not getting enough attention is its theme park segment. Revenue was up more than triple in the quarter to $3.5 billion. It's not just more people visiting its parks, though of course that's central to the surge in revenue. Customers are also paying about 30% more per visit on average than in 2019.

So while investors continue to send shares lower on Disney+ disappointment, they could be missing the boat on the good things happening in a much more materially important segment right now.

Up next week: Retail and tech giant earnings

Three Dow Jones components will report quarterly results next week. Up first are retail giants Wal-Mart (WMT 0.51%) and Home Depot (HD 0.18%), both of which report on Nov. 16. Both companies will release their results before the market opens on Tuesday, and hold their earnings calls that morning. For both, investors will be watching to see how they have been able to manage rising costs.

How much have they been able to pass along to customers to preserve their margins? We will find out next week. Either way, both remain in very good positions. With housing demand at record levels, people continue to spend on home improvement, while Wal-Mart's dominant discount retailer position is a strong cost advantage with suppliers.

Cisco, on the other hand, is in a bit of a turnaround phase, refocusing its business to improve its positioning. This will be the first quarter since it rolled out its four-year goals. They're still pretty modest, but with a solid dividend yielding 2.6% at recent prices, the floor is lower for how much growth it needs to drive returns.

The Biggest Mistake Investors Can Make in 2023

Disney's Surprise Move Tries to Give the Dow a Lift

3 Stocks That Could Help You Retire a Millionaire
401%