Another potential EV play is hot on the market today.

Shares of Gores Guggenheim (GGPI), a special-purpose acquisition company (SPAC) that is planning to merge with electric-car company Polestar, jumped as much as 28.1% in trading on Monday after filing a Form F-4 with the Securities and Exchange Commission (SEC). Shares closed the day up 15.4%. 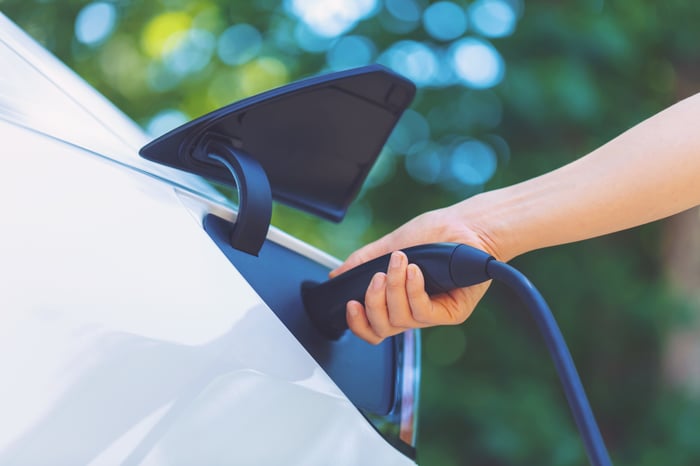 It doesn't hurt that Rivian, an EV start-up, surged another 15% in trading after its initial public offering (IPO) last week. Investors are rushing into electric-vehicle stocks right now. Given Polestar's potentially rapid ramp up to becoming a major EV supplier, this could be a great way to play the industry.

There isn't a lot of specific news that should make a stock like this pop double digits, but that's the market we are in today. EV stocks are up big, and it doesn't seem to matter that not all of them will be able to live up to lofty valuations.

As much as EV stocks seem overvalued, Polestar has an already sizable sales and service infrastructure plus the advantage of being developed under a major automaker -- Volvo. These tailwinds could give it a leg up in the EV race, which is heating up quickly.