A new rival to the renewable energy pioneer pops up in Switzerland.

Shares of fuel cell and "green hydrogen" producer Plug Power (PLUG -5.18%) took a hit this morning on news that the renewable power pioneer is getting some additional competition in Europe. 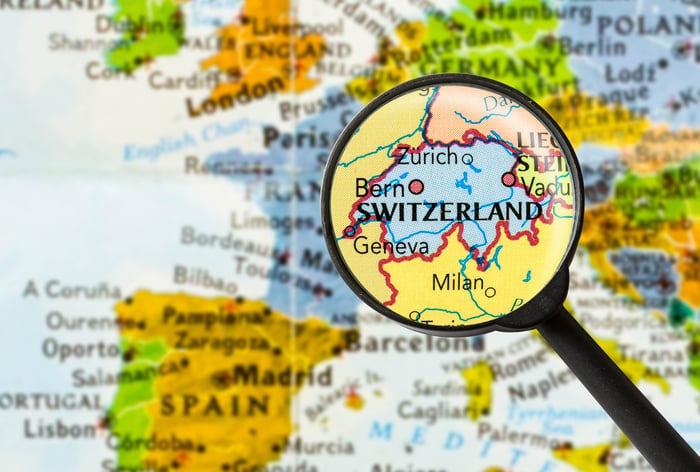 Specifically, this morning Swiss renewable energy producer Axpo Holding announced it is expanding production of green hydrogen in the town of Brugg, Switzerland.

As the company explained in a press release, it already has green hydrogen projects underway in Italy. Now, it will be building a new facility near its "run-of-river power plant" in Brugg. The new plant, projected to have a 15-megawatt installed capacity able to produce around 2,000 metric tons of green hydrogen annually, will receive its power from Axpo's nearby Wildegg-Brugg hydropower plant. The plant's capacity will support the fuel needs of "about 300 trucks and buses a year," according to Axpo, and should come on line by the end of 2023.

You might not have heard of Axpo before -- but that doesn't mean it's a small company. It's already "Switzerland's largest producer and Europe's leading marketer of renewable energies in Europe," according to the press release, saying it "intends to take a leading role in this area."

And the company is off to a good start. According to data from S&P Global Market Intelligence, privately held Axpo Holding boasts $5.1 billion in annual revenue -- and annual profits approaching $1.5 billion.

These are impressive numbers. Far more impressive than, for example, Plug Power's $31.3 million in trailing-12-month revenue, and its $751 million net loss. As the race for leadership of the hydrogen economy heats up, Plug Power's competitors are multiplying -- and Plug's success is no sure thing.

Why Shares of Plug Power Are Plunging Today
413%