The biggest healthcare company in the world is preparing to shrink. Johnson & Johnson (NYSE:JNJ) announced last week that it plans to spin off its consumer healthcare business into a separate publicly traded entity.

J&J said that this move will unlock shareholder value and accelerate growth. But will investors really win with the planned spinoff? Here's what history shows. 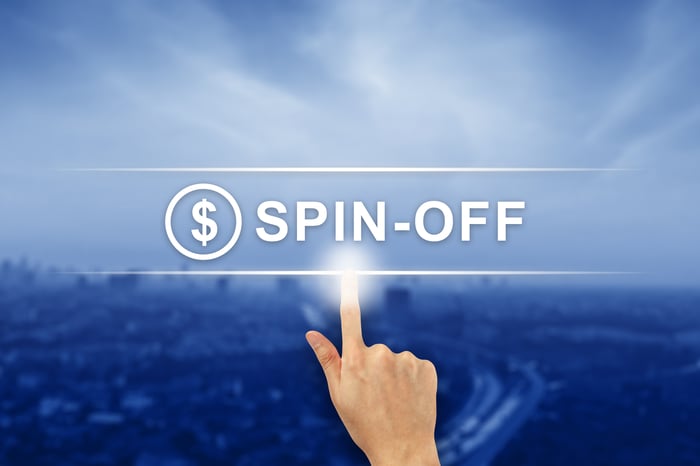 Pfizer (NYSE:PFE) and GlaxoSmithKline established a joint venture for their consumer health units. However, the business won't spin off until next year so we don't know how the move will impact the companies. We can look at how a couple of Pfizer's other spinoffs have fared, though.

In February 2013, Pfizer spun off its animal health business, creating Zoetis (NYSE:ZTS). That transaction turned out to be tremendously successful for Pfizer shareholders who held onto their Zoetis stock. The animal health company went on to trounce the S&P 500. On the other hand, Pfizer lagged well behind the index. 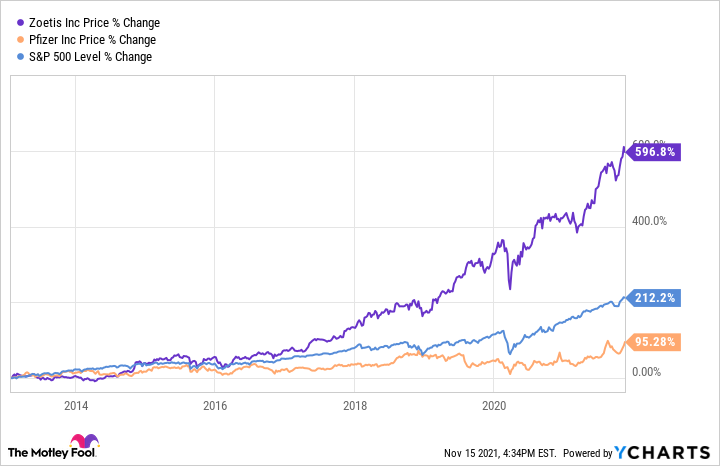 Zoetis was already delivering strong growth, though. J&J's consumer health unit isn't such a great growth driver. Perhaps a better comparison is Pfizer's spinoff and merger in November of last year of its biosimilars and generics business with Mylan to form Viatris (NASDAQ:VTRS). How has that deal rewarded investors? It's a much different story than the Zoetis spinoff. 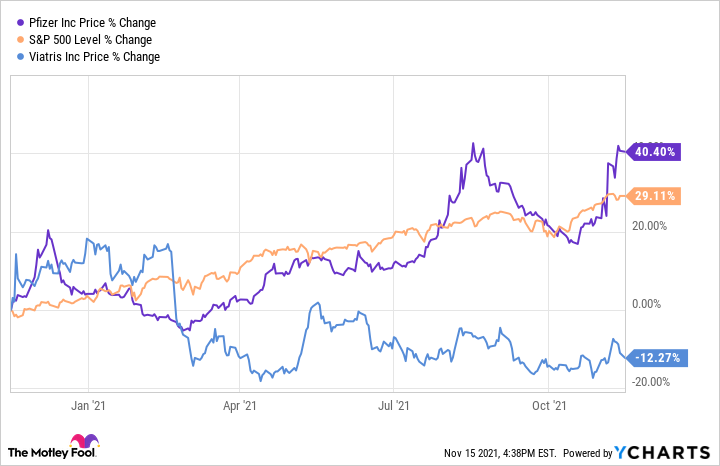 In this case, the slower-growth Viatris has languished. Meanwhile, Pfizer has been on a tear thanks to success for its COVID-19 vaccine and tremendous potential for its experimental COVID-19 pill.

A third recent spinoff could also be instructive. Merck (NYSE:MRK) completed the divestiture of its women's health business in June, creating Organon (NYSE:OGN). Neither of the stocks has kept pace with the S&P 500 since. 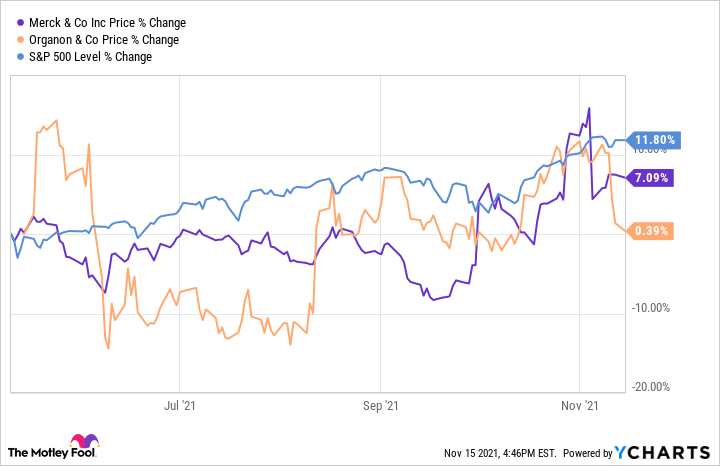 Shareholders were huge winners from this transaction. Both Abbott and AbbVie went on to achieve solid success, performing much better than Abbott had in the previous years. 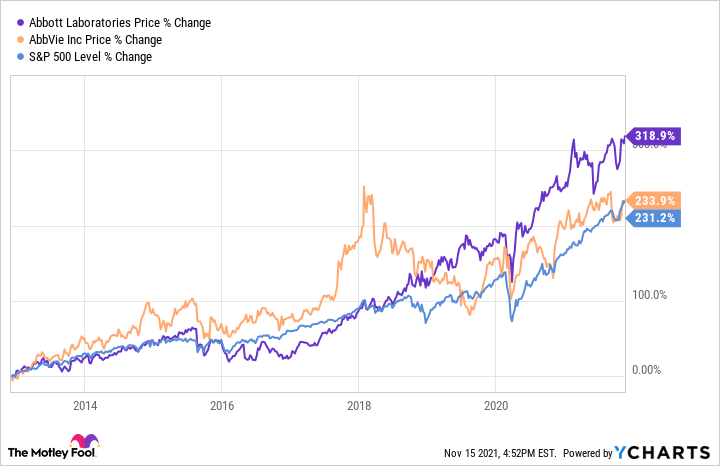 Going into the spinoff of AbbVie, Abbott was already a member of the Dividend Aristocrats -- an exclusive group of S&P 500 members with consecutive dividend increases for at least 25 years. Importantly, both Abbott and AbbVie have kept their streaks of dividend hikes going. Income investors who held onto their shares of both stocks have done very well.

Lessons from the past

Can we really learn anything from history about how Johnson & Johnson shareholders might fare with the spinoff of the consumer healthcare business? I think so.

Perhaps most importantly, a faster-growing business is likely to experience accelerated momentum after the spinoff of a slower-growing business. That's what happened with Zoetis, with Pfizer after the Viatris transaction, and to a lesser extent with Merck after spinning off Organon.

However, we can also see from the past that things don't always turn out as expected. For example, Some might have predicted that AbbVie would be the stronger performer after the separation. But Abbott's innovation has paid off in a huge way with products including FreeStyle Libre continuous glucose monitoring system and its BinaxNOW COVID-19 tests serving as key growth drivers.

In addition, companies that prioritized their dividends before a spinoff continued to do so afterward. Abbott and AbbVie are great examples of this. So is Pfizer. The big drugmaker still has an attractive dividend even after spinning off Zoetis and Viatris.

Of course, there are limits to how much we can extrapolate from past spinoffs and apply to Johnson & Johnson. The healthcare giant's deal won't be exactly like any of the transactions made by other companies in previous years.

But my prediction is that Johnson & Johnson shareholders will enjoy stronger growth once the consumer unit is a stand-alone entity. I also think that investors who have come to depend on J&J's dividend won't have any worries. This is definitely a surprising move by Johnson & Johnson, but it's one that I expect will pay off over the long term.