Shares of the tech stock gained 5.2% in Wednesday's after-hours trading session, which bodes well for robust market performance on Thursday. Investors' enthusiasm is attributable to both revenue and earnings easily beating Wall Street's consensus estimates, and fiscal fourth-quarter guidance for both the top and bottom lines also coming in higher than analysts had been projecting.

In 2021, Nvidia stock has returned 124% through Wednesday's regular trading session. The S&P 500 market index has returned 26.4% over this period. 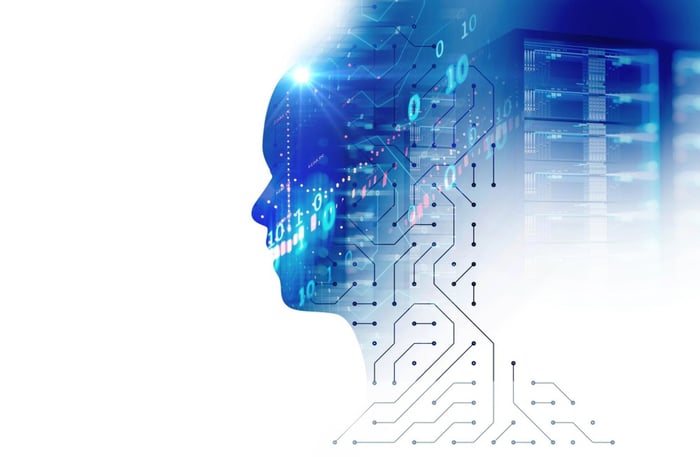 For additional context, in the fiscal second quarter, Nvidia's year-over-year revenue, GAAP EPS, and adjusted EPS growth were 68%, 276%, and 89%, respectively.

Nvidia's gaming and data center platforms together accounted for about 87% of its total revenue, so the company's overall results are heavily driven by the performance of these two businesses.

In her CFO commentary, Colette Kress said the gaming platform's growth was driven by continued strong demand for the company's graphics cards based on its Ampere GPU architecture. She attributed the data center business's powerful performance to continued robust adoption of the Ampere products to "hyperscale customers for cloud computing and workloads such as natural language processing and deep recommender models, as well as to vertical industries." CEO Jensen Huang, in the earnings release, described demand for the company's products for artificial intelligence (AI) applications as "surging."

Professional visualization also had another fantastic record-setting quarter. Its growth was driven by strong sales of Ampere GPUs for both desktop and notebook workstations "as enterprises deploy systems to support hybrid work environments," said Kress.

Investors shouldn't pay much attention to results in OEM and other because this category's sales can be expected to fluctuate considerably due to the extreme volatility in the cryptocurrency market. In the just-reported quarter, sales of Nvidia's cryptocurrency mining processor (CMP) -- which launched earlier this year -- were $105 million, down from $266 million last quarter.

Nvidia has the potential to benefit considerably from the emerging metaverse, which can be thought of as a "highly immersive virtual world where people gather to socialize, play, and work," to use the words of Merriam-Webster. The company's Omniverse is an infrastructure platform for the build-out of the metaverse. Huang commented on this topic in the earnings release:

Omniverse was a major theme at GTC [the company's annual GPU Technology Conference, which was held online last week]. We showed what is possible when we can jump into virtual worlds. Omniverse will be used from collaborative design, customer service avatars and video conferencing, to digital twins of factories, processing plants, even entire cities. Omniverse brings together Nvidia's expertise in AI, simulation, graphics, and computing infrastructure.

Going into the release, Wall Street had been modeling for revenue and adjusted EPS to grow 36% and 40%, respectively.

Nvidia had another terrific quarter. I'll reiterate what I wrote after last quarter's results were released: "Its stock is one of the best growth stocks in the market today, in my view. The company is a major player in so many high-growth areas, including artificial intelligence (AI), cloud computing, gaming, self-driving vehicles, and virtual reality (VR)."

And I'll add that Nvidia seems poised to be a dominant player in the metaverse, which has the potential to be a major long-term growth driver.

Stay tuned. I'll be covering the highlights of the company's earnings call soon.