Wall Street sees even more gains ahead for investors.

Shares of Nvidia (NVDA -2.81%) climbed 4% on Friday, as optimism for the chipmaker's data center opportunity and Omniverse initiatives continued to build among investors.

For one, Raymond James analyst Chris Caso repeated his strong buy rating on Nvidia. He now sees its share price rising to $365, up from his prior estimate of $225. Caso said Nvidia's supply constraints are easing as demand for its data center offerings is rising, creating a favorable environment for continued growth. 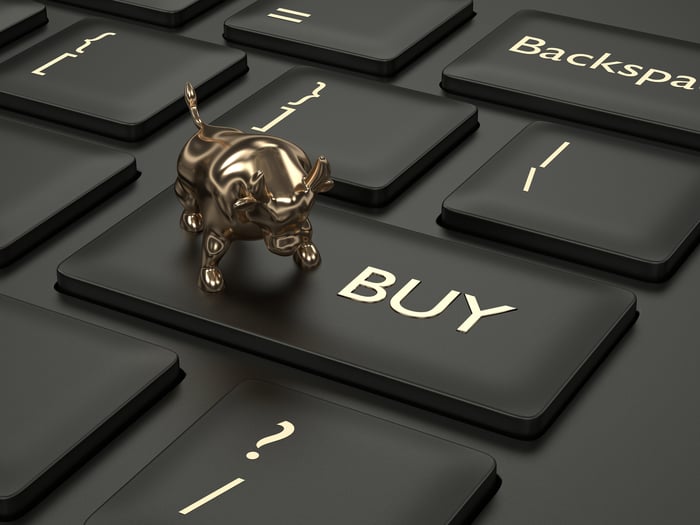 For another, Jefferies analyst Mark Lipacis boosted his share price forecast from $260 to $370 after Nvidia's revenue and earnings exceeded his projections. He now sees the chipmaker's earnings per share increasing to $16.40 by 2025, up from his previous estimate of $12.50. Looking further ahead, Lipacis pegs Nvidia's market opportunity for its new Omniverse virtual reality platform at a whopping $80 billion.

For a third, Needham analyst Rajvindra Gill lifted his price target all the way to $400 from $245. Gill highlighted the booming growth in Nvidia's data center business and intriguing prospects in the global gaming market.

Nvidia gives investors many ways to win. Its data center and gaming chips are best-in-class. And as these massive markets grow even larger in the coming decade, so too should Nvidia's sales and profits.

The company's new AI-powered Omniverse platform is another exciting growth driver. Nvidia's technology is designed to help users create virtual simulations and robotic applications for a wide array of tasks. CEO Jensen Huang said during Nvidia's recent earnings call that it plans to charge users an annual licensing fee of $1,000. And with demand for this futuristic tech likely to be strong, Nvidia's Omniverse tools could help to power its growth in the years ahead.

Joe Tenebruso has no position in any of the stocks mentioned. The Motley Fool owns shares of and recommends Jefferies Financial Group Inc. and Nvidia. The Motley Fool has a disclosure policy.