I think calling crypto a "currency" is a little misleading, because you can't buy anything with it. Or can you?

Crypto is a new asset class. We call cryptocurrencies "coins," so a lot of people are confused about why anybody would buy a coin when it's pretty hard to it use for making a purchase. Maybe one day in the future, we'll be able to buy a steak dinner with our crypto winnings. But right now, you can't do that. Right?

Well, let's do a thought experiment. Say you walk into an Outback Steakhouse, and you're on a date. You're between jobs at the moment, but you're making money with all your crypto investments, and you want to celebrate. So you two have a wonderful dinner, and then the bill comes. You pull out your smartphone and ask, "Do you take Bitcoin (CRYPTO:BTC)?" And the waiter says, "No, this is the Outback. You need to pay with dollars, mate." 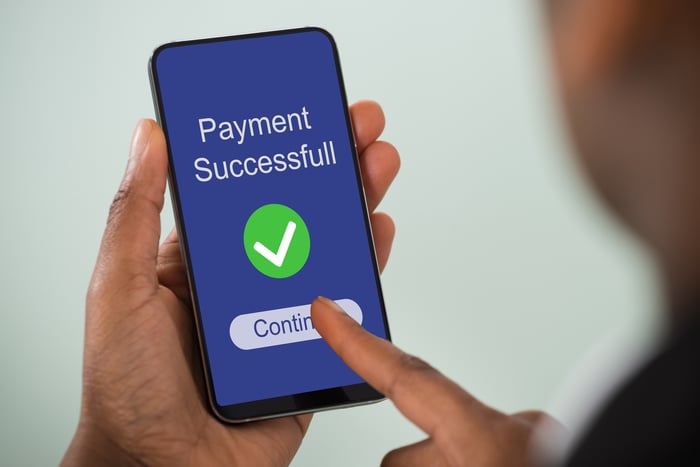 So what do you do? You say, "Oh. OK." And you press a few buttons on your smartphone. And your broker, Coinbase (NASDAQ:COIN), works 24/7. So you sell $100 worth of Bitcoin, which turns into cash. Then you press a few more buttons and transfer your cash over to your bank account. And you pay the bill using dollars.

So did crypto pay for the steak dinner? Yes, it did, just not directly.

It doesn't actually matter if a restaurant accepts crypto or not

When my car died earlier this year, I needed to buy a new one. I own shares in Carvana so that's where I decided to buy. (Amazing customer service, by the way -- I'm a very happy customer.) One thing I did not do -- they would have thought I was insane -- was try to pay for my car with my shares in Carvana. I had to sell my shares in my brokerage account and wait three days to get my money.

The major crypto exchanges are way, way faster than stock exchanges. If I were trying to pay for a steak dinner with my Carvana shares, that would be a really embarrassing conversation. If I said, "I'll have the money on Wednesday," I'd be washing dishes in the kitchen.

Right now, crypto is very much like gold, or silver, or stock in a company. It might not qualify as a currency (yet). But it's definitely an asset that has value, and it can be turned into dollars. And the crypto exchanges are so fast -- and they operate 'round the clock -- that the failure of Bitcoin to actually serve as a currency (yet) is almost meaningless. You can turn it into dollars within minutes.

What if crypto becomes worthless?

Personally, I think a lot of cryptocurrencies are worthless, just like a lot of stocks are worthless. But Bitcoin has a market cap of $1.1 trillion. That's the opposite of worthless.

Of course, it might be overvalued, and it probably is. (A lot of stocks are overvalued, too.) Bitcoin's already had at least two serious crashes. I'm sure it will have more. High-flying stocks are often volatile, too. Why would crypto be any different? 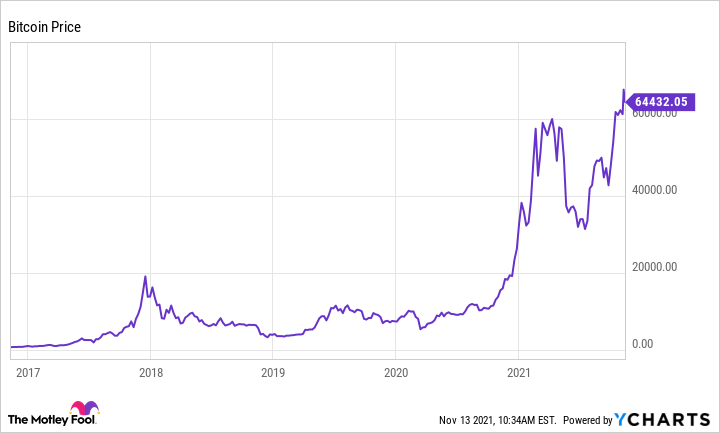 Bitcoin almost hit $20,000 in late 2017, then it plunged below $10,000, and it stayed down there for a while. And then, in the fall of 2020, PayPal announced that it was going to allow people to buy and sell crypto on Venmo. And Square said it was buying Bitcoin. Those two announcements from the giants of the fintech world sent the coin into the stratosphere.

Why does crypto have value?

All value is based on supply and demand. The incredible wealth that some people have made from crypto causes other people to take the risk that other kinds of crypto might do the same thing.

Something similar was common in the dot-com era of the late '90s. An internet start-up would pay people minimum wage (or whatever low amount of money they could get away with) and entice people to work in exchange for stock options in the company. If the company was successful, you would be a millionaire when your options vested, potentially selling them for a lot of money. More often than not, the options ended up being worthless.

Crypto is very much like that. A tech start-up working on blockchain technology might have very little cash. But it can entice very smart people to work for it by paying them with the company's coin. If the coin seems successful, other people will also want to own it. And so a company does everything in its power to drive up the price of the coin. This is because the coin is a mechanism for paying software engineers and others who are betting on this start-up.

When you buy the company's coin, you don't own shares in the company, of course. It's a private company (or sometimes even a not-for-profit entity of some kind). But the entrepreneurs who started the company very much want the coin to increase in value (because they hold a lot of coins -- way more than you do).

Crypto is an option investment in the blockchain

Once you realize how revolutionary blockchain technology is, it kind of flips the switch on risk. If you research this sector, what you discover is that the blockchain will upend some huge trillion-dollar companies. Microsoft (NASDAQ:MSFT) could be in trouble, for instance (again).

Back in the 20th century, the internet radically shifted the balance of power in technology away from Microsoft and its control of the desktop. Microsoft survived and prospered by becoming a power in the cloud. And now, peer-to-peer networks threaten this dominance, too. And it's not just tech companies, the blockchain can revolutionize many industries, including major sectors of the economy like health care and finance.

I wouldn't ignore the race for the blockchain or pretend it's irrelevant. If you have large investments in the current paradigm, do you really want to ignore all these disruptors?