Is it too late to buy this cryptocurrency?

Few (if any) asset classes are as polarizing as cryptocurrency. On one side, companies like MicroStrategy and Square have embraced the trend, adding Bitcoin to their balance sheets. But on the other side, esteemed investors like Warren Buffett and Charlie Munger have rejected the trend. In fact, Munger once called Bitcoin "disgusting and contrary to the interests of civilization."

The same dynamic has played out in governments. China has issued a blanket ban on all cryptocurrencies, while El Salvador recently made Bitcoin an official currency. Meanwhile, other nations are stuck in the middle, grappling with how to regulate the asset class. Regardless of which side you take, one fact is indisputable: Cryptocurrency has created tremendous wealth in a short period of time.

Over the past five years, the collective value of the crypto market rocketed from $14.2 billion to $2.6 trillion, growing at an annualized rate of 185%. No other asset class has generated returns that come anywhere close. And Ethereum (ETH -3.01%) stands out from the crowd. 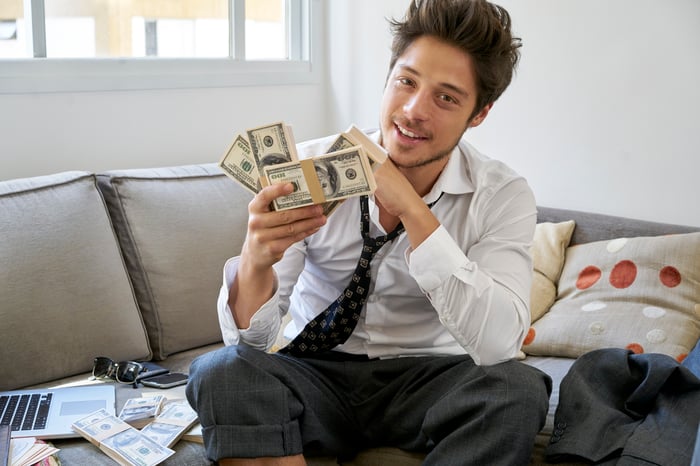 A $500 investment in Ethereum

In 2011, Russian-Canadian programmer Vitalik Buterin got involved in the Bitcoin community, first as a blogger, and later as the co-founder of Bitcoin Magazine. As Buterin learned more about blockchain technology, he came to see Bitcoin as a relatively limited platform. In fact, he has compared it to a calculator, meaning it does one thing very well (peer-to-peer payments), but it only does one thing.

That led to an epiphany. Buterin envisioned a better blockchain, one more similar to a smartphone, meaning it would integrate Bitcoin's calculator-like utility, but it would also expand on it. After his ideas were rejected by several existing projects, he decided to create his own cryptocurrency. And in July 2015, Buterin and five co-developers launched Ethereum, the first programmable blockchain.

Is Ethereum still a good investment?

Today, there are over 2,800 dApps deployed on the Ethereum blockchain, ranging from video games to social media platforms. That makes Ethereum the largest dApp ecosystem by a long shot. And with $170 billion currently locked in Ethereum DeFi products, it's also the most popular DeFi ecosystem.

Why does that matter? Blockchain technology leans on a distributed network of miners to validate transactions, allowing funds to be moved electronically without going through a traditional financial institution. In the context of DeFi, that means users can save, lend, or borrow cryptocurrency without involving a bank. By eliminating that centralized intermediary, DeFi products have the potential to cut costs, eliminate bias, and expand access to financial services.

More to the point, dApps and DeFi services aren't free. Miners must be compensated for their work, meaning users pay transaction fees using the blockchain's native cryptocurrency. So here's the question: Will dApps and DeFi products become more popular in the future? Given the range of benefits, I think the answer is yes. And if I'm right, Ethereum's status as the largest dApp and DeFi ecosystem gives it an edge, simply because it offers more variety. Over time, that should bring more people to the platform, driving the price of the cryptocurrency higher.

But there's still another point to consider.

Another reason to own Ethereum

More importantly, 71% of those surveyed expressed plans to purchase digital assets in the future, meaning adoption is on the rise. As that trend plays out, Ethereum's popularity should lead more institutional investors to buy the cryptocurrency, sending its price higher.

Could Ethereum Make You a Millionaire in 2023?