Shares of entertainment stocks are down big on Friday as the market sells off risky assets, particularly those that may be impacted by a new strain of COVID-19. 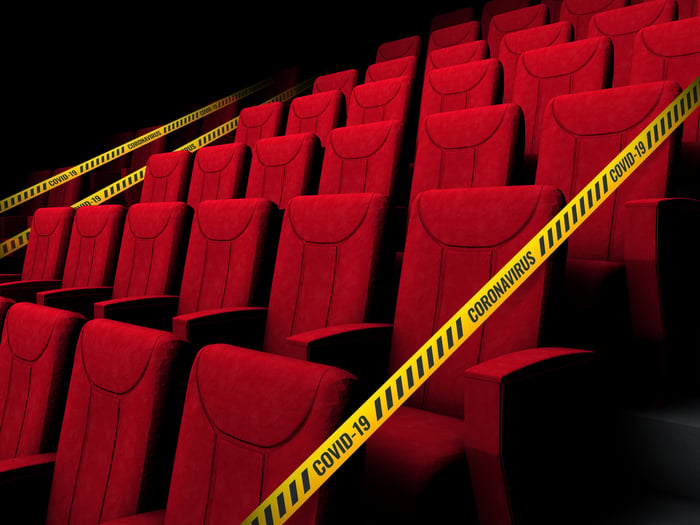 The news of the day is that a new variant of COVID-19 has been discovered in South Africa that is showing the ability to spread rapidly. Much more still needs to be learned about the variant, but initial information from the World Health Organization is concerning, to say the least.

In previous variations of the coronavirus, there was a tangible impact on businesses, particularly in the entertainment industry. In the spring of 2020, businesses around the world were shut down, including theaters, restaurants, and casinos. The delta variant didn't bring the same level of shutdowns, but some restrictions were put in place in certain regions, and there's definitely an impact on consumer behavior. With the all-important holidays now underway, businesses like theaters and restaurants need to capitalize on a boom in consumer spending before it's too late.

There also may not be much appetite for another stimulus, which has cost the U.S. trillions of dollars in the past 18 months. Stimulus funding led to a fast economic recovery when vaccines rolled out and COVID-19 cases slowed down, but the threat of more cases could be met with more resistance to stimulus this time around. That may mean the economy and entertainment stocks are left to fend for themselves, which could be costly.

The big move in the market today is speculative given early data about this new variant and no real impact on the economy as of yet. In the U.S., where AMC, Dave & Buster's, and MGM have most of their locations, we have also seen less and less impact on the economy as cases have risen in recent months. Lockdowns or restrictions are being met with more resistance, and customer behavior seems to be less cautious, especially if you look at record gambling in Las Vegas right now.

Macao may be a different story because restrictions both locally and from China have kept business in the region down for nearly two years now. More variants likely mean a longer recovery horizon, which is going to hurt the operation of casinos. For Melco Resorts and MGM's Macao operations, this isn't good news.

The market's response to this new variant is understandable given high valuations for many stocks and the potential disruption of a new variant. But keep in mind that the market has roared to record highs despite the pandemic, so today may be a blip in the long-term trend.