Breaking up is hard to do, but not for Exact Sciences (NASDAQ:EXAS) and Pfizer (NYSE:PFE). Recently the partners let a partnership that was a lot more important to the diagnostics provider than the pharmaceutical giant come to an abrupt end.

Shares of Exact Sciences soared in 2020, but the stock has been under a lot of pressure this year. Underperforming sales of Cologuard, a non-invasive test for colon cancer, are partly to blame. Here's why the end of this relationship could work out well for Exact Sciences and its shareholders. 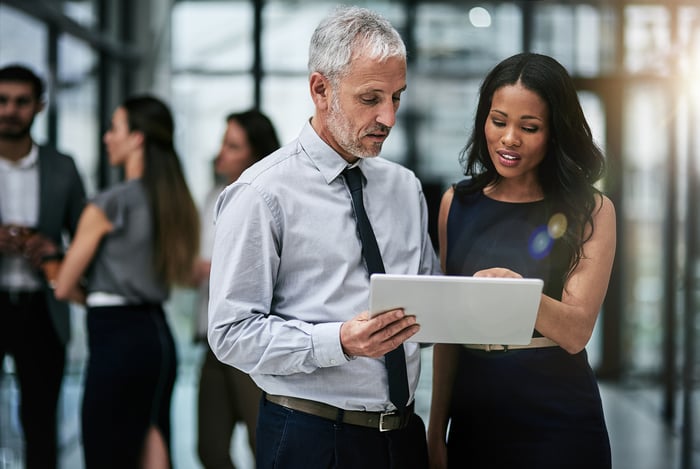 Pfizer quit on Cologuard a while ago

Read was a big fan of diversification, but Bourla is streamlining Pfizer into a new drug development powerhouse by stripping away all other distractions. To this end, Bourla oversaw the merger between generic drugmaker Mylan and Pfizer's collection of off-patent branded drugs to form Viatris last November.

In response to COVID-19, Pfizer stopped allowing sales representatives to make in-person calls in 41 states. Pfizer's Cologuard co-promotion effort dropped off even further this August when the pharma giant laid off over 400 internal medicine sales reps who had been tasked with marketing Exact Sciences' flagship cancer test.

Exact Sciences expects its new sales reps to be significantly more productive regarding Cologuard for a couple of reasons. They can better coordinate as a single team, and they don't have to spend valuable time marketing Pfizer's products.

Pfizer is one of the pharmaceutical industry's biggest advertisers. Without Pfizer's bulk discount, Exact Sciences could find it hard to maintain the constant barrage of Cologuard advertisements we've seen over the past few years.

Exact Sciences isn't in the strongest position financially. While the company's cash balance at the end of September stood at a healthy $1.22 billion, it isn't even close to achieving profitability yet. Operations lost a frightening $162 million in the third quarter and $634 million during the first nine months of the year.

Despite heavy losses at the moment, Exact Sciences could outperform for patient investors who pick up the stock at its recently depressed price. The company is currently enrolling around 24,000 volunteers into a clinical trial called Blue-C to test a new and potentially improved version of Cologuard.

The Blue-C trial is expected to wrap up in October 2022, and an early readout planned for January could drive this genetic testing stock higher in the near term. Looking further ahead, positive results could send Exact Sciences stock soaring again.

Testing cancer patients in remission for signs of recurrence is a big business that Exact Sciences could soon tap into. In addition to Cologuard 2.0, Exact Sciences is studying a potential new minimal residual disease test with a data readout planned for the second half of 2022.

With heavy losses on the bottom line, this is a hyper-risky stock that only belongs in well-diversified portfolios. If you can tolerate the risk, though, this could be a good stock to buy now.