The holiday shopping season is officially upon us, but one thing not appearing on investors' buy lists today is the stock of fuel cell leader, Plug Power (NASDAQ:PLUG). Extending the slide which has seen shares tumble since Thanksgiving, shares of Plug Power plummeted 7.9% today.

Investors' belief that Plug Power is poised for explosive growth as the hydrogen economy takes shape over the coming years has driven the stock to meteoric heights over the past two years. However, the inverse of that belief seems to be driving the stock lower today: Investors are concerned that the appearance of the COVID-19 Omicron variant on American soil could be a harbinger of slower growth. 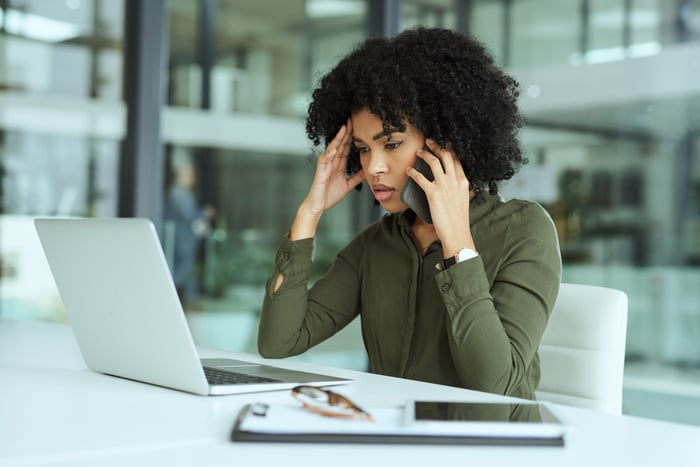 In light of the fact that shares of Plug Power have soared nearly 2,600% over the past five years -- a time during which the company failed to generate a profit or positive cash flow -- the stock's sell-off today seems reasonable. Investors who foresee hydrogen emerging as an important component of the energy landscape in the coming years, however, should stay the course and shrug off the stock's decline today.