Many, including myself, have been bullish on the planned transformation of Citigroup (NYSE:C) being led by new CEO Jane Fraser. But the market, having seen one too many promises from the megabank over the years, has not yet taken to the plan, with shares of Citigroup only up about 4% this year, trailing the broader banking sector by a good amount. Fraser is attempting to wind down inefficient and less-profitable divisions that don't have the scale to compete and free up capital to further invest and build out stronger areas of the bank, like international wealth management and investment banking. The goal is to close the gap on returns with peers.

Meanwhile, Citigroup must also address long-standing regulatory issues that have made the bank look foolish in the past. There's a lot of work to do and still a lot of skepticism, so let's take a look at three concerns, three catalysts, and then three reasons to consider buying the stock.

Exiting consumer markets: Fraser's first big move came earlier this year when the bank announced its plans to exit or sell its consumer banking franchise in 13 global markets to free up about $7 billion of capital. Investors seemed to like the concept, but the first two markets Citigroup has left have not exactly been smooth. First, the bank announced the sale of its Australian consumer franchise for a slight premium. But the sale ended up resulting in a $680 million pre-tax loss in Q3. Then Citigroup announced it would be winding down its South Korea consumer franchise without a sale, a move that would result in a charge for as much as $1.5 billion. These two exits alone have freed up roughly $2.8 billion of capital, but investors are probably hoping for cleaner exits on the remaining markets. 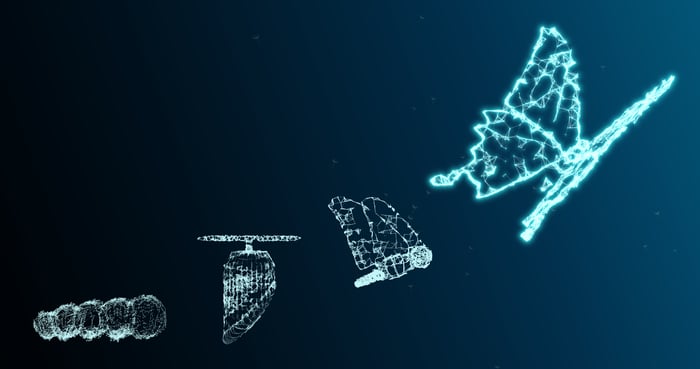 Compensation: In August, Citigroup's board of directors approved a plan that would give CFO Mark Mason; institutional clients group head Paco Ybarra; and head of enterprise operations and technology, Michael Whitaker, the potential to earn up to an additional $5 million based on how well management executes on the transformation plan. The incentives are performance based, and it's good to incentivize management, but analysts on the bank's recent earnings call were not exactly pleased to see these compensation targets come out before the actual financial targets for the transformation plan have been released. Given the underperformance of the stock for many years, it's certainly not unreasonable for investors to be frustrated. I think management needs to be careful about things like this because even if the compensation is justified, shareholders do not have much patience at this point and want to see they are being placed above management's needs.

Accountability: The bank is not getting a whole lot of credit from the market from what looks to be an intriguing transformation plan. This means management is really going to be held to a high standard and have to execute really well to get shareholders back interested again, so not a lot of room for error.

Q4 earnings: Every earnings report will be important for Citigroup right now. The next one will be in January to discuss the fourth quarter and full-year results. Investors will be looking for more guidance for next year, any hints on the transformation plan, and to see how much stock Citigroup is repurchasing.

Investor Day: On March 2, Citigroup will hold an investor day to lay out a more comprehensive and detailed plan regarding the transformation. Here, investors will see management's full vision for the transformation and hopefully get some tangible financial targets they can track like how expenses will trend and what kind of return on equity the bank thinks it can achieve down the road. This is likely the biggest near-term catalyst.

Further sales: Citigroup still needs to sell 11 of its global markets to free up a remaining $4.3 billion of capital. On the bank's recent earnings call, Fraser said the bank was "deep" in the second round of bids for selling the remaining markets. Hopefully, if these sales go a bit better than Australia and South Korea, investors will take notice.

3 reasons to buy the stock

Beaten down: Despite concerns, Citigroup is a rare opportunity to buy one of the largest banks in the world with more than 4% of U.S. deposit market share and an established moat in investment banking and credit card lending at a beaten-down level. Trading around $63 per share, Citigroup trades at just about 80% of its tangible book value (TBV), which is what a bank would be worth if it were liquidated. I expect tangible book value to surpass $80 after Q4, meaning that if Citigroup can just get back to tangible book value, it would have 27% potential upside from here. Consider that Citigroup's competitors trade well above this. Even the embattled Wells Fargo trades at about 140% to its TBV. 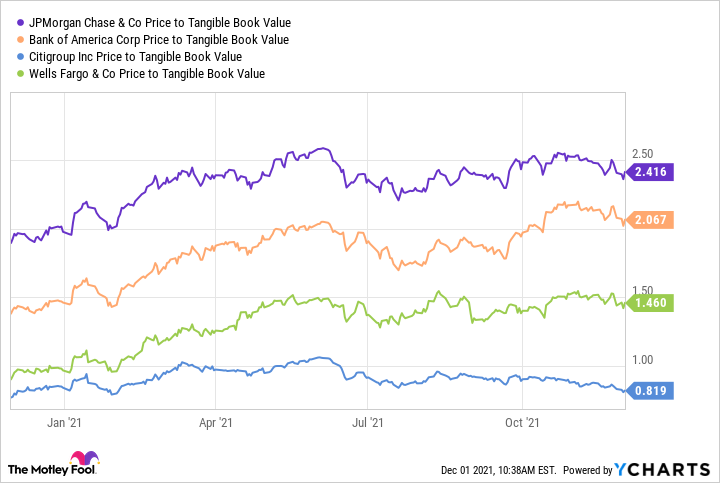 Repurchasing stock below TBV: Citigroup is in a unique position because it is buying back a lot of stock while trading below TBV. When banks do this, the math works out so the repurchases grow TBV per share. Citigroup has grown TBV nearly 10% over the last year, and I expect it to keep growing nicely while the bank trades so low. Banks tend to trade relative to their TBV, so over the long term this should greatly benefit Citigroup.

Get paid to wait: At this level, Citigroup's dividend yield is now over 3%, which is a very respectable yield in general and higher than any of the other three megabanks. This is good passive income to collect while waiting for the transformation to fully take place. While Citigroup will most likely do more share repurchases than dividend hikes while trading so low, the dividend could certainly grow in the future.