The task is made even harder when CEOs are compared across other companies and industries. Who's to say, for example, whether Steve Jobs was a better leader and visionary than Jeff Bezos? Both founded and led companies that provide great products and services to their customers as well as market-smashing returns for shareholders.

What follows is Chiefist's current list of the 10 best large-cap CEOs since the middle of 2010 (like golf, a lower score is better):

An abbreviated run-down
As you can see, the list contains CEOs from a variety of companies and industries. To mention a few:

When one thinks of Priceline, the William Shatner-backed online travel company, it's easy to group it with other recent Internet sensations such as Zillow, the online real estate portal, and Pandora, the Internet radio service provider. Yet, from a financial perspective, these three companies couldn't be more dissimilar.

In the first case, Priceline is profitable. In the second quarter of this year, the company earned more than $350 million from $1.3 billion in top-line revenue, equating to an impressive net margin of 26%. Zillow, on the other hand, barely earns enough to buy one of the houses it markets. And Pandora isn't even close. In the second case, Priceline trades from a patently reasonable 16 times forward earnings compared to Pandora's 244 and Zillow's 52. It's for these reasons and others that Rich Smith recently named the online travel company one of five superball stocks.

Independent petroleum refiners Tesoro and HollyFrontier are flying high on the back of falling oil price. While large integrated oil and natural gas companies are splitting off their refining business to focus on exploration and production, as Aimee Duffy noted at the end of last year, these stand-alone operations based in their own backyards are poised to pop.

In HollyFrontier's most recent quarter, the company reported a monster 157% increase in net income, prompting Fool analyst Joel South to ask whether the company is a "must-buy" in a recent video interview. And shares in Tesoro shot up after the refiner announced plans to buy BP's California oil refinery as well as 800 gas stations for $1.8 billion, plus about $1.3 billion for inventory.

A favorite among dividend investors, the paper and packaging company International Paper has also been heralded by analysts for recent strategic decisions. According to Fool analyst Brendan Byrnes, the company's acquisition of Temple-Inland should net it at least $300 million in synergies in the first two years alone. Not to mention, it's done a great job expanding into emerging markets, with sizable presences in Brazil and Russia, among others. "Don't judge this book by its cover," says my colleague Austin Smith, "International Paper pays a decent dividend and has made the right moves in expanding internationally."

Finally, fertilizer maker CF Industries stands to benefit from anticipated demographic trends. Because of the ever-increasing world population and quickly emerging markets, demand for its product is expected to grow in the double digits by 2016. As Motley Fool blogger Douglas Ehrman noted: "projections place the global population in the realm of nine billion by 2040. With the bulk of high-quality land already in use, this presents the world with a significant problem. The land available must produce more on a per-acre basis if the world is to be able to feed itself, and lower quality land must be made a viable option." It's for this reason that Douglas urges investors to make an allocation to fertilizer, and specifically CF Industries. 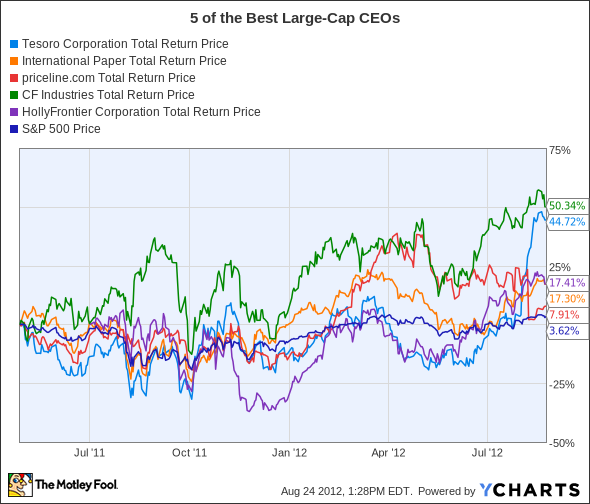