The past few years haven't been kind to solar stocks. Falling panel prices have squeezed margins and oversupply has left all but a few companies posting big time losses. Manufacturers like Yingli Green Energy, Trina Solar, and Suntech Power, who once looked like they would dominate a growing industry, are now wondering if they can survive.

The recent IPO market hasn't helped the narrative either. Solar IPOs have been virtually shut down since 2010 and the IPO of inverter maker Enphase Energy (NASDAQ:ENPH) earlier this year hasn't given investors any confidence. 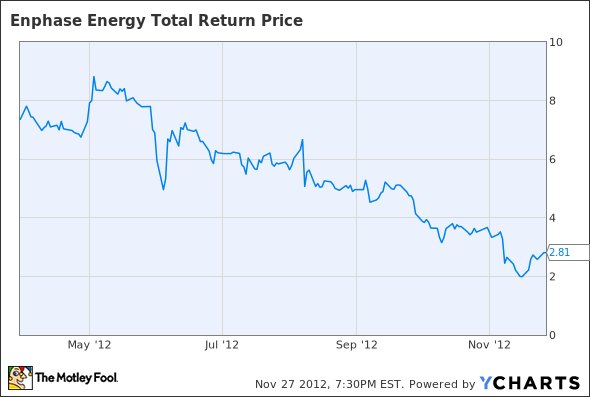 But we'll soon get a different kind of solar company coming to market. Instead of a manufacturer of components like most solar companies, SolarCity is arriving as an installer of solar panels. This is a fast growing business in the U.S. and will at least be worth a look for solar investors.

What we know so far
The exact date of SolarCity's IPO is currently unknown but we do know that the company is seeking up to $151 million in the sale of 10.1 million shares. That puts the share price somewhere between $13 and $15 per share for investors. The stock will trade under the ticker symbol SCTY on the Nasdaq Stock Market. Overall, it will have 71.7 million shares outstanding, which would give the company a market cap of around $1.08 billion.

What SolarCity does
SolarCity installs residential and small commercial solar projects in 14 states, primarily using a leasing method that allows customers to install solar on their homes with little or no upfront cost. The company may own these systems but they're more likely to be owned by 23 investment funds that it currently has with investors that have raised $1.57 billion so far. The assets are sold to these funds and then leased to customers.

SolarCity is paid for the electricity provided through power purchase contracts with utilities, providing a long-term price guarantee for the company.

So should you get in? There are a few things to consider first.

3 reasons to buy
SolarCity's largest shareholder and chairman is Elon Musk, the CEO of Tesla Motors. Musk has built a reputation as visionary businessman and could turn this company into a multi-bagger like many fellow Fools think Tesla will be.

Early documents show that existing owners are only planning to sell 65,000 shares in the IPO, a paltry amount compared to what they own. This is a long-term bullish sign for the company and is the exact opposite of what insiders in Groupon and Zynga were doing around their IPOs. You can look at their performances since going public to see just what a disaster they have been.

Finally, the solar manufacturing market has struggled, but the installation market is booming. Solar installations grew 45% sequentially and 116% annually in the second quarter to 742 MW. With costs falling this market will continue to grow, and installers will be a big beneficiaries.

3 reasons to stay away
Like many solar installers, SolarCity has been accused of overvaluing installations to get a larger benefit from the U.S. Treasury grant program and investment tax credit. Basically, they value a system at a hypothetical sale price instead of at cost and then lease the system to the homeowner. It will take the Inspector General into next year to decide if action is needed; funds could be recouped from the company at that time.

SolarCity has lots of competition from other installers, but it says its biggest competition is from utilities themselves. Much like demand response companies EnerNOC and Comverge, a utility that could do the work that SolarCity does and already has more interaction with its local customers.

Foolish bottom line
The solar market is still in a state of flux but even large manufacturers like First Solar (NASDAQ:FSLR) have insulated themselves from problems by becoming installers of solar projects. This is the first chance investors get to invest in a company that focuses on installation without having to choose a panel technology to go along with it. It's an intriguing opportunity for investors.