Seasonally adjusted initial jobless claims fell 5.5% to 393,000 for the week ending Nov. 24, the Department of Labor announced today. Bringing in a second week of decreases, these newest numbers come as a relief after Nov. 10's 25% jump in claims. 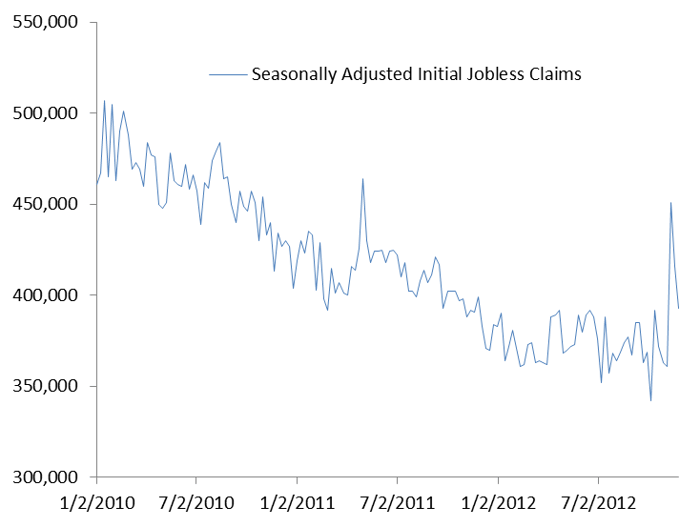 However, the four-week moving average continued to rise, with a nearly 2% bump to 405,250 from its previous revised 397,750. This new level fails economists' 400,000 claim cut-off for an improving labor market.

On a state level, New York and California led the jobless claims drop, with 30,600 and 26,000 fewer initial claims, respectively. New York cited fewer layoffs in construction, transportation, and food service. No comment was included for California. Among those with the largest increases in initial claims were Florida (+1,500), Michigan (+1,400), and Massachusetts (+1,200), with no comments supplied by the states.