Oversupply of natural gas means prices are low and coal can’t keep up, but exporting natural gas won’t help it.

The natural gas boom has touched several different sectors, but not always in a good way. With so much excess production, gas prices are still toiling at 10-year lows. Not only is this hurting exploration and production companies, but the most direct competitor of natural gas as well: coal.

There's an idea out there that exporting natural gas could help to bring stability to spot prices, which could be a life preserver for the coal industry. The reality, though, is that the estimated benefits of exporting gas may be more like a set of water wings.

Don't bring me down, gas
For over 15 years, U.S. coal has sold at a healthy discount to natural gas on a BTU basis. That is, up until about 2011. Once several exploration and production companies learned how to tap unconventional shale gas in a commercially viable manner, production soared and prices plummeted. 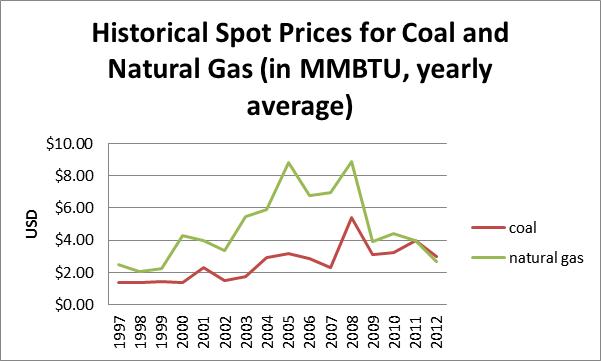 With those low prices, so too have the profits for coal companies. 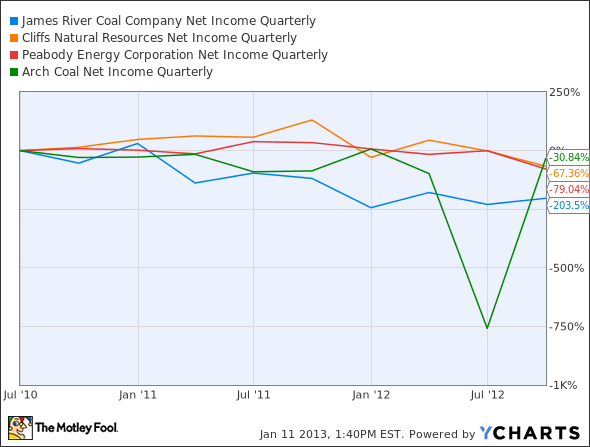 Cliffs Natural Resources (CLF -3.90%) and Peabody Energy (BTU) have been able to hang on to profitability for longer than Arch Coal and James River Coal. Cliffs has done so because almost all of its coal operations are focused on metallurgical coal, which commands a $35.00 premium per short ton. Peabody, on the other hand, has a stronger presence in the Asia-Pacific market thanks to its operations in Australia, which makes for greater exports. This leaves Arch and James River, whose operations are only in the U.S., as some of the biggest losers in the space.

Slowly but surely, though, the combination of natural gas undercutting thermal coal prices and waning economic growth have taken a toll on all coal company revenue streams in the past 18 months.

With natural gas flooding the U.S. market, now there is the very real possibility that America will start to export natural gas via liquid natural gas, or LNG, terminals. Cheniere Energy (LNG -1.36%) is in the process of bringing online two LNG export terminals in the Gulf of Mexico, and several companies are swift on its tail to do the same. In theory, a new market for U.S. natural gas could help to boost prices, which in turn would make coal more attractive.

The verdict
Sorry to tell you, coal, but natural gas exports will not give you the relief you are looking for. A recent study by Deloitte shows that the effect of exporting natural gas will increase natural gas prices by about 15 cents during the period 2016-2030. A 0.4% increase just won't be enough to make a dent in that price gap for coal.

What a Fool believes
Between the emergence of cheap natural gas, the slowing demand for metallurgical coal, and the potential for tighter pollution regulations from the EPA, the coal business is not the most attractive space right now. Coal will probably still be a major player in electricity generation for years to come, but it will become less and less of a player as long as it remains at a price disadvantage.

Fool contributor Tyler Crowe has no position in any stocks mentioned. You can follow him at Fool.com under the handle TMFDirtyBird, on Google +, or on Twitter @TylerCroweFool.