"By the '80s, baseball card values were rising beyond the average hobbyist's means. As prices continued to climb, baseball cards were touted as a legitimate investment alternative to stocks, with The Wall Street Journal referring to them as sound 'inflation hedges' and 'nostalgia futures.' Newspapers started running feature stories with headlines such as 'Turning Cardboard Into Cash (The Washington Post), 'A Grand Slam Profit May Be in the Cards' (The New York Times), and "Cards Put Gold, Stocks to Shame as Investment" (The Orange County Register)."
-- Dave Jamieson, Author of Mint Condition (2010)

The great baseball card value bubble of the late 1980s and early 1990s burst in spectacular fashion. By 1993, vast oversupply created by a combination of an influx of new competition (Score in 1988 and Upper Deck in 1989 would join Topps, Fleer, and Donruss to make the "Big 3" a "Big 5"), multiple manufacturers with multiple baseball card products (too many to name), and print runs thought to be in the millions would render all but the new high-end issues such as 1989 Upper Deck, 1990 Leaf, 1992 Bowman, 1993 Topps Finest, and 1993 Upper Deck SP worthless. 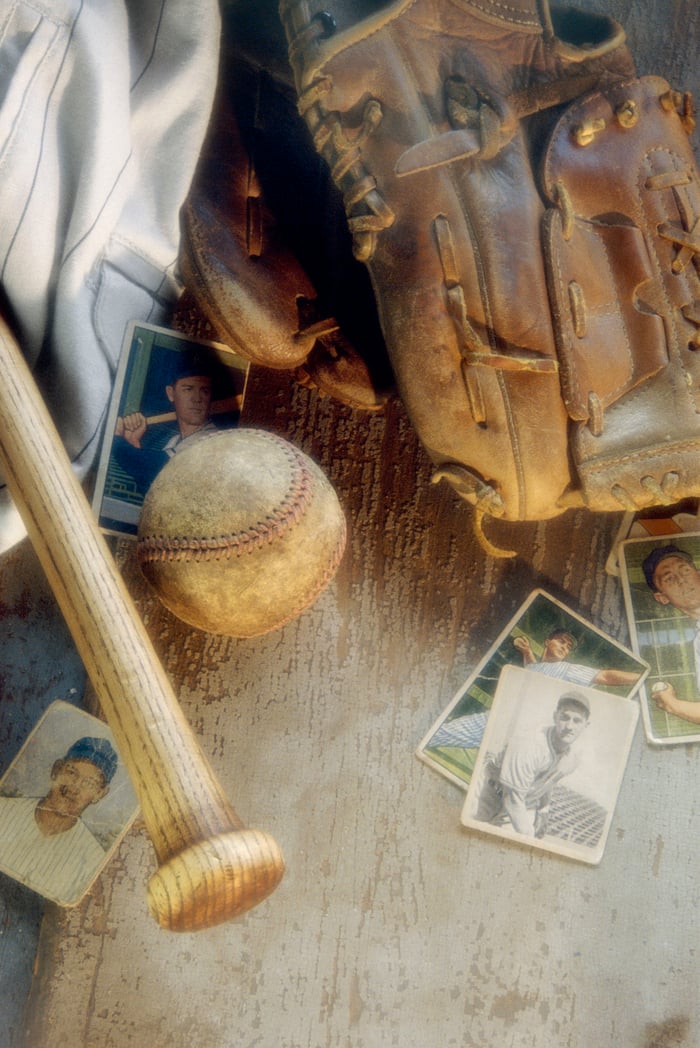 With single-pack prices of such high-end issues in the multiple-dollar range and everything else worthless, the casual mass-market collector (i.e., kids) would be chased from the baseball card market, pushed toward more practical hobbies such as video games, pogs, and AOL. Of those collectors who stuck around, many were finished off by the 1994 baseball strike.

And by the time the dust settled from the great home run chases of 1998 (Mark McGwire and Sammy Sosa) and 2001 (Barry Bonds' 73-home-run season) through 2007 (the year Bonds passed Hank Aaron for the career home run record) -- along with the ensuing steroid scandals -- baseball card industry sales had dropped from $1.5 billion in 1992 down to $200 million by 2008, where it reportedly still sat as of April 2012.

Where there were once an estimated 10,000-plus baseball card shops in America, the latest issue of Beckett Baseball magazine lists fewer than 200 such hobby dealers with baseball cards for sale in its directory. Hobby sales of new sealed boxes or whole cases are now dominated by a few such dealers with a large online presence and competitive prices -- most notably Blowout Cards, whose online site also includes the largest online forum dedicated to sports and baseball cards -- and dealers who operate on eBay or Amazon.com.

The price of unopened boxes of baseball cards from the late 1980s and early 1990s has fallen dramatically over the past 20 to 25 years or so, reflecting a general widespread devaluation of cards printed in that time period. Nowadays, unopened wax boxes of 1988 Donruss can be had for $6 or $7 a box on eBay, or about half what a box would have cost at retail back in 1988 -- well less than half if you account for inflation. And where packs of 1990 Leaf Series II once went for $12 a pack in search of Frank Thomas rookie cards, or RCs, worth $70 each back in early 1993 , whole sealed boxes with 36 unopened packs and an average of about two $20 1990 Leaf Frank Thomas RCs per box can now be had for $70 to $80 per box on eBay.

Not surprisingly, going back to a Feb. 6, 1993, article in The Economist titled "Throw in the Cards," virtually every article that has been written about baseball cards over the past two decades has focused on these very details. And in the past 20 years, few -- if any -- industry outsiders have dared to relate baseball cards as investments.

But these articles tend to overlook at least three key details:

We'll talk about the card removal effect and get to the newer issues another time. But first, let's examine card values of key rookie cards from the 1980s and early 1990s.

Historical ungraded card values
If you look only at the prices of ungraded cards -- as most casual onlookers tend to do -- you'd get the impression that baseball card values have taken a nosedive over the past two decades (and, of course, they have). Moreover, you'd get the impression that even the best rookie cards of the best players would have made horrible investments.

Let's take a look at historical ungraded prices of the key rookie cards from the 1980s and early 1990s. Prices are taken from the April issues of Beckett Baseball and Beckett Baseball Card Monthly magazines in five-year intervals starting in 1990, plus April 1993 to give us our 20-year reference point. Current pricing for February 2013 is taken from Beckett.com (with permission).

However, the practice of looking only at ungraded values produces flawed arguments by excluding the values of the highest-quality, highest-value cards -- the mint condition ones -- by default.

Grading baseball cards
PSA, a division of Collector's Universe (NASDAQ:CLCT), launched in 1991, applying its experience as an authentication/grading service in the coin market to establish the first relatively objective third-party authentication and grading service for trading cards.

Beckett, the established market leader with its monthly price guide magazines, would later follow with its own BGS. These two companies are the established leaders in this space, and while there are other competitors, PSA- and BGS-graded cards warrant by far the highest premiums because of these companies' strong brands and tough grading standards.

PSA grades cards with a single grade on a 10-point scale in whole-number increments, with the highest grade being PSA10 Gem Mint -- a basically perfect, well-centered card with sharp corners and edges and a clean surface. BGS similarly grades on a 10-point scale but in half-point increments, and with a final grade that is a composite of four separate subgrades for centering, corners, edges, and surface. A BGS 9.5 Gem Mint is essentially a perfect card and effectively equivalent to a PSA 10 Gem Mint, though BGS technically does have another level in the rare BGS 10 Pristine grade. In addition, for autographed cards, Beckett includes an additional, separate grade for the autograph, where PSA does not. 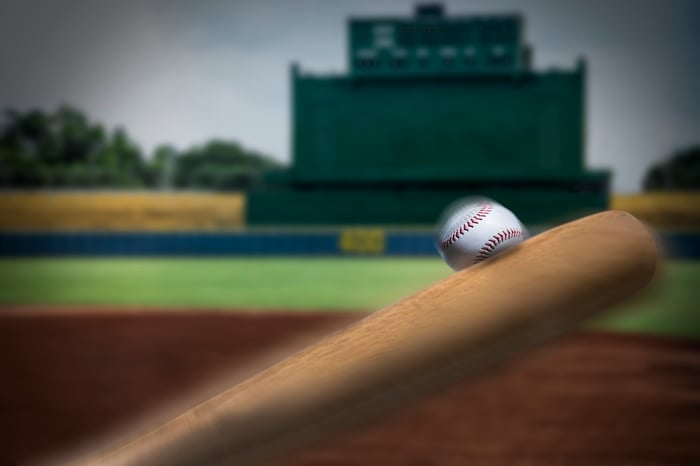 For the most part, a BGS 9.5 Gem Mint card and PSA 10 Gem Mint example of the same card will carry the same valuation.

Here's a look at the current graded book values for each of the cards in the previous table, along with the adjusted multiple -- the graded book value multiple to ungraded book value, adjusted for the cost of getting a card graded, which for our purposes is assumed to be $10 (the actual cost may vary by order size and desired turnaround time, but $10 is a good proxy). In other words:

Source: Beckett.com, with permission.
*Adjusted multiple represents the value of a graded card of a given grade divided by the ungraded book value, adjusted for the cost of having a card graded, assumed to be $10.

The first thing you'll notice is that the BGS 9.5 graded cards in the table warrant healthy and sometimes massive premiums to ungraded book value. For example, a BGS 9.5 1993 SP Derek Jeter RC carries a book value of $2,000, for an adjusted multiple of 12.5 times ungraded book value -- well beyond its current peak ungraded valuation -- while a BGS 9.5 1983 Topps Tony Gwynn RC carries a book value of $800, or a whopping 22.9 times adjusted multiple to ungraded book, and also well in excess of peak ungraded value, which has never reached triple digits.

In addition to demand, the biggest reason these cards warrant such premiums is condition/grade scarcity: Of the 10,333 1993 SP Derek Jeter RCs submitted to BGS for grading, for example, only 126 have been graded BGS 9.5.

Likewise, of the 11,859 1994 SP Alex Rodriguez RC submitted to BGS for grading, only 126 have been graded BGS 9.5. However, the 41.7 multiple is overstated in this case, for a couple of reasons: (1) The card's ungraded value has taken a hit over the past few months -- dropping from $60 to $50 -- probably because of both Rodriguez's pitiful performance in the playoffs and more recent headlines related to performance-enhancing drugs (again), and (2) actual graded values are down, as the last three sales of the BGS 9.5 Rodriguez card on eBay in February have been in the $610-$650 range.

In other words, the drop in ungraded book value has increased the spread between BGS 9.5 and ungraded values (at least for the time being), while the three sales in February suggest that the graded book value is due for a drop, and probably to the $700-$800 range, which would result in an adjusted multiple of about 11.7 to 13.3 times ungraded book, or in line with the Jeter RC.

It's apparent that Beckett's pricings are not presumptive or predictive in nature but are rather adaptive and reactionary and may require some interpretation to be used to properly.

And while the 1987 Fleer Barry Larkin RC might seem like an odd inclusion, considering its ungraded pricing has never reached double digits, a BGS 9.5 example carries a book value of $120.

The other thing you'll notice is the 1989 Upper Deck Ken Griffey Jr. RC, which is the only one that has pricing for a BGS 10 Pristine grade, with a $1,400 book value and a 28.0 adjusted multiple. And the reason it's the only card in this group to have pricing is that BGS 10 Pristine examples of the other cards either don't exist, or are otherwise too rare to price because of a lack of trading data. 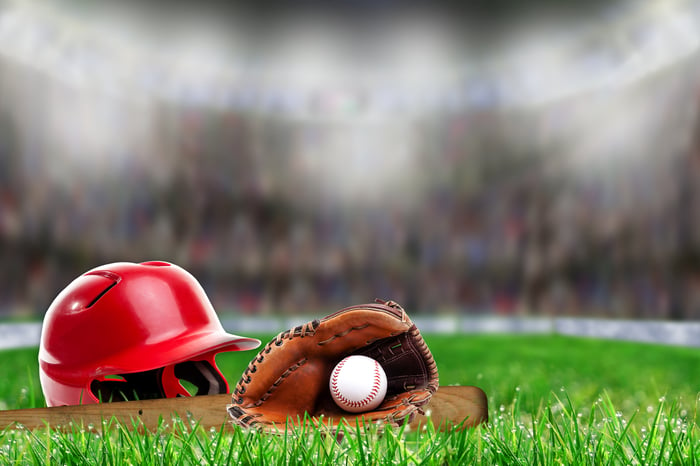 So have baseball card values risen in the last 20 years?
If you're wondering about the worth of baseball cards from the 1980s and early '90s that you have stuffed in binders or shoeboxes, you could probably throw them away and not lose much in terms of monetary value. Only the sharpest examples can attain a BGS 9.5 or PSA 10 grade; moreover, these cards need to be well centered to achieve such grades, and that's a hard hurdle to clear for the cards that were printed in 2012, much less 1983.

But if you're asking whether the values of the key rookie cards of baseball's biggest stars have risen in the past 20 years or so, the answer is clearly yes, once you factor the Gem Mint condition, professionally graded cards by BGS and PSA.

Certainly there have been disappointments -- Darryl Strawberry's career fell off a cliff during his age 30 season in 1992, and he served a cocaine-related suspension in 1995; while Jose Canseco, Roger Clemens, Barry Bonds, Mark McGwire, and Sammy Sosa have seen their stocks hammered for steroid-related reasons. And clearly, valuation is always a valid concern, as it is with stocks: You can't overpay and expect to generate a sufficient return on investment.

But much as the stocks of premium companies warrant premium valuations and tend to outperform their peers, the key rookie cards of baseball's biggest stars have tended to outperform the rookie cards of their peers, while the highest-quality, BGS 9.5 and PSA 10 Gem Mint graded examples of these cards have vastly outperformed the lesser-quality, ungraded versions of the same cards, and in some cases they've appreciated considerably over the past 20 years or so.

Here's the key: If this is true of the key cards from a period of extreme oversupply, what does it say about the investment potential of more recently issued cards featuring better product printed in smaller numbers?