Please ensure Javascript is enabled for purposes of website accessibility
Log In Help Join The Motley Fool
Free Article Join Over 1 Million Premium Members And Get More In-Depth Stock Guidance and Research
By Justin Loiseau - Apr 23, 2013 at 8:37AM

China, India, and a surprise from across the pond.

When it comes to checks and balances, carbon emissions could do without. Despite massive gains in growth for both solar and wind in 2012, emissions per unit of energy remain nearly at the same level as 15 years ago. Let's take a closer look at who's polluting, who's greening, and if there are profits in store for your portfolio picks.

Black versus green
In the push to curb carbon emissions, coal is the yin to renewables' yang. Coal-fired generation increased 6% from 2010 to 2013 at a rate that continues to outstrip non-fossil-fuel growth on an absolute basis. Despite gains we've seen in carbon capture technology and production efficiency, approximately 50% of all coal-fired plants built in 2011 used inefficient technologies.

For once, it seems, the United States is not to blame. Duke Energy (DUK 1.03%) is well on its way to shutting down 6,800 MW of inefficient plants as part of a $12.5 billion modernization project, while Southern Company (SO 1.04%) recently celebrated the first time in its history that the company has generated more electricity from gas than coal. In the next two years, Southern has slotted $3.6 billion toward "environmental spending," a large portion of which will be allocated to "clean coal" generation facilities. 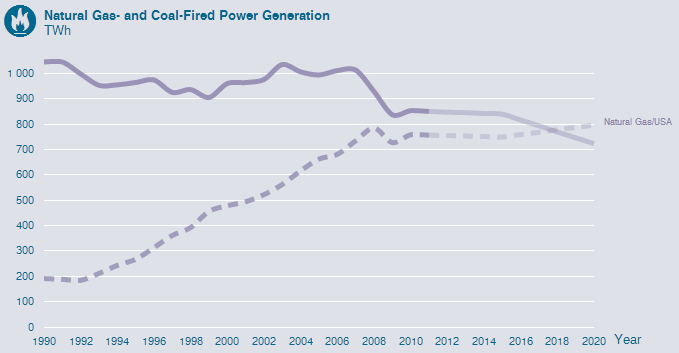 Carbon culprits
So who are the real culprits of carbon? Look no further than China, India, and (gasp!) Europe. In 2011, China's coal cravings accounted for 46% of global demand, while India added on another 11%. While the U.S. has ramped down its coal capacity in recent years, China added on 55,000 MW in 2011 alone. That's roughly equivalent to Duke Energy's entire generation capacity. 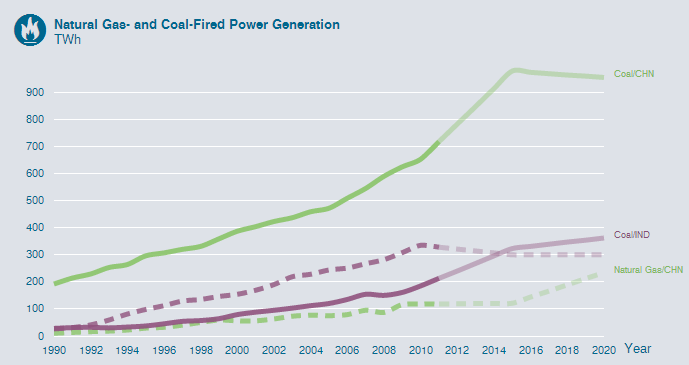 Although China and India produce plenty of their own black gold, Peabody Energy (BTU) makes a pretty penny off of domestic production and coal exports to those two countries. The company is the leading exporter to China and India from its U.S. and Australian operations, and is setting itself up for significant growth opportunities.

In fiscal year 2012, China sales accounted for 6.8% of total revenue, a 140% increase over 2011 sales. India's revenue has remained steadier over the last few years, and comprised 4.1% of Peabody's fiscal 2012 revenue. Looking ahead, the company hopes to deliver 100 million tons of coal into Asia markets by 2020.

But even as coal consumption continues to grow, renewables are hitting record highs. Worldwide wind power pushed up 19% in 2012, while solar PV capacity jumped 42%. Trina Solar (NYSE: TSL) is a Chinese solar giant and, although it's loaded up on debt, may emerge a leader due to its brand power and scale. Although China's increasing demand for energy is certain, where it will come from is still largely unclear.

And then there's Europe. While the shale boom in 2012 put coal on the defensive in the United States, low relative prices for coal in Europe actually increased consumption over the last year. From January to June 2012, coal generation increased 8% in Germany, 35% in the United Kingdom, and 65% in Spain. That said, coal-fired units in Europe are generally more technologically efficient and, in the grand scheme of things, have relatively little effect on global coal consumption. 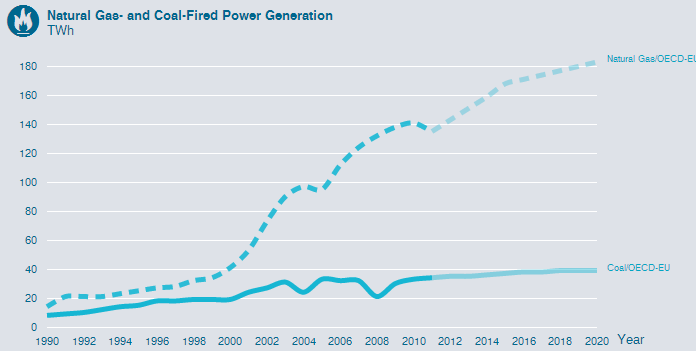 Is green gone?
While renewables have a zero-emission stamp of approval on them, cost competitiveness is a common enemy. Production tax credits, subsidies, and cheap debt have spurred growth in both the U.S. and China. If either country decides to get serious about carbon emissions, the benefits of renewables could get an even greater boost.

Yin or yang?
More likely than not, both renewables and coal generation will continue to increase over the next few years. Coal is the cheap energy that emerging markets love, while renewables provide independent and potentially unlimited growth opportunities.

But the problem of pollution is real. Data released earlier this month calculates that outdoor air pollution cut 25 million healthy years off the lives of the Chinese in 2010. IEA Executive Director Maria van der Hoeven recently wrote: "The picture is as clear as it is disturbing: the carbon intensity of the global energy supply has barely changed in 20 years, despite successful efforts in deploying renewable energy."

Market economies dictate where our energy comes from, but pollution policy could push the needle on polluting energies. If coal can't get its carbon emissions under control – and fast – we may see the tables turn toward renewables. A global recession, shifting gas prices, and emerging economies have given coal another breath of air – even if it isn't clean.