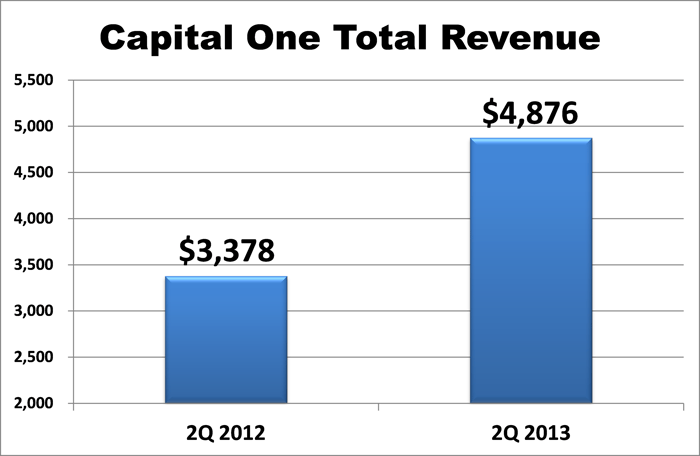 Its 44% revenue growth year over year bested regional banking counterparts PNC (NYSE:PNC) and US Bancorp (NYSE:USB), which clocked in at 15% and -0.4%, respectively. It also topped the nation's largest bank, JPMorgan Chase, which saw revenue grow at 14%. 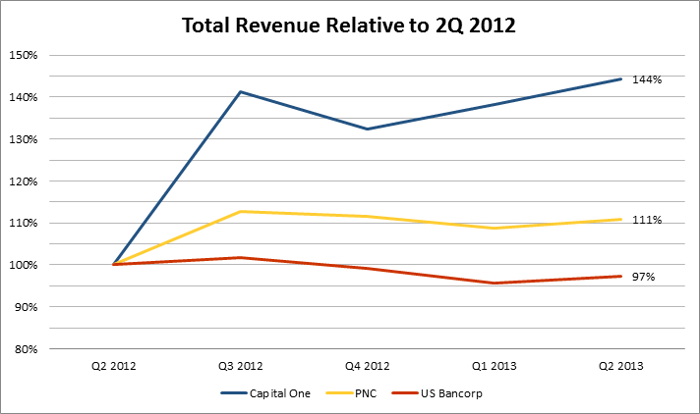 How did Capital One generate that amazing growth? Let's take a closer look.

An enormous percentage of Capital One's revenue comes from the basic banking operations of interest income, rather than extra fees or special services. 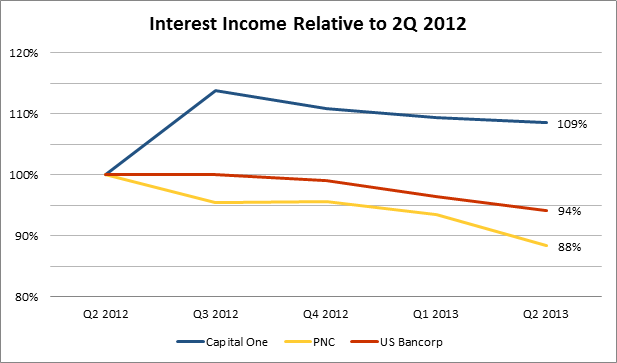 Still, remember that Capital One gets far more of its revenue from this interest income than its two rivals. To get a complete picture of these businesses' growth, you also need to see how their non-interest income has measured up: 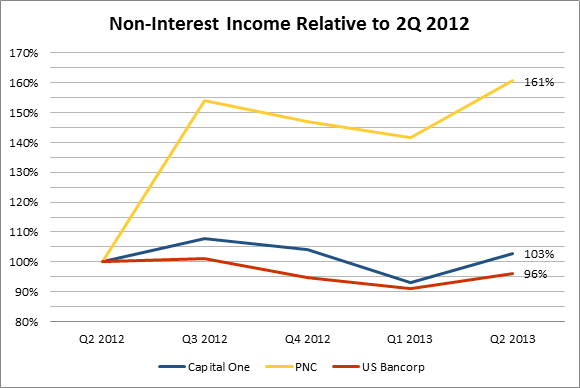 As you can see, while Capital One has seen slight growth in this area, the real winner in this exploration appears to be PNC, whose Asset Management, Consumer Services, and Corporate Services divisions have all expanded. However, its second-quarter results in 2012 included a one-time charge of $470 million in its mortgage banking unit -- excluding that charge, PNC experienced much slower revenue growth.

How does 9% + 3% = 44%?
As we saw earlier, Capital One's interest income grew by 9%, and its non-interest income increased by 3%. But how did those two numbers combine to equal the 44% growth in its total revenue? The answer lies in an often-overlooked income-statement line item.

"Provision for Credit Losses" is a forward-looking estimate of what the bank expects to lose on its loans; this number gets subtracted from a bank's total revenue calculation.

If a bank has flat interest and non-interest income, but its provision for loan losses goes down, its total revenue will rise. In the last year, Capital One has seen its provision for credit losses plummet by more than $1 billion as the result of a safer, less-risky business climate, and the removal of a one-time charge. These lowered loss provisions have directly contributed to the company's revenue. 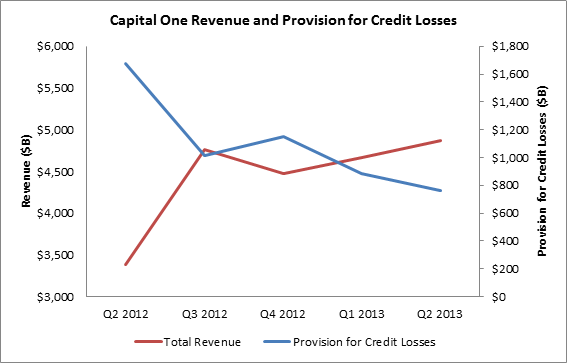 Capital One's falling provisions for credit losses and rising revenue certainly look appealing. But you'll get a clearer picture of any bank's top-line growth by looking at its revenue before the provision for credit losses.

That figure is a more telling measure for a bank because it removes any accounting alterations, and instead displays the actual growth in its current operations.

Here we see that Capital One's growth clocked in at a much more tepid pace of 12%. Again, PNC's growth looks more dramatic to do a one-time charge in the second-quarter of last year.

While revenue growth alone doesn't drive most investors' decisions, 44% top-line growth will definitely draw their attention. However, you'll need to take a closer look at the numbers to see whether that apparent growth matches up to reality.