Although Tom Clancy, the father of the modern techno-thriller, has passed away, his legacy will live on in the industries he graced with his creative influence.

Acclaimed writer Tom Clancy, best known for his genre-defining military thrillers, passed away at the age of 66 on Tuesday. Clancy rose to fame in 1984 with his debut novel, The Hunt for Red October, which introduced the world to CIA analyst Jack Ryan, who would return in other best-selling books such as Patriot Games, Clear and Present Danger, and The Sum of All Fears.

Clancy, a former insurance salesman who originally wrote fiction as a hobby, not only left an indelible mark in the literary world, but also heavily influenced nearly three decades of TV shows, movies, and video games.

Therefore, let's take a moment to appreciate the impact of his ideas, and understand how "Tom Clancy" came to be a household name among these industries.

With the publication of The Hunt for Red October in 1984, Tom Clancy created a new genre of military thrillers, in which he based his stories on current events, concerns, and fears related to the Cold War. He wrote convincingly and authoritatively by piling on layers upon layers of technical military details that had never before appeared in mainstream literature -- creating a genre known as the techno-thriller.

Clancy's literary universe was also continuous, progressively expanding and maturing over the decades. His hero Jack Ryan eventually became the U.S. president, Ryan's son became a CIA operative, and the perceived national threats shifted from Russia to the Middle East to China, in accordance with real current events.

This love of realism and the integration of the news kept Clancy busy up to his final days. His final book, Command Authority, is scheduled to be released on Dec. 3.

With great literary success came big budget films based on his works. To date, Jack Ryan has been portrayed by Alec Baldwin (The Hunt for Red October), Harrison Ford (Patriot Games, Clear and Present Danger), Ben Affleck (The Sum of All Fears), and Chris Pine (the upcoming Jack Ryan: Shadow Recruit).

Before the arrival of these "thinking man" espionage films, action films mostly fit three major molds -- the lighthearted spy movie genre (James Bond), the shoot 'em up (Rambo, Die Hard), and the buddy cop comedy (48 Hours). However, 1990's The Hunt for Red October and Harrison Ford's subsequent Jack Ryan films in 1992 and 1994 changed the public perception of what an action hero should look and act like.

1996's Mission Impossible further popularized the "Jack Ryan" type of hero -- an anti-James Bond grounded in realism despite fantastic circumstances. This influence was seen all throughout the past decade, as seen in the Jason Bourne films starring Matt Damon and Jeremy Renner, as well as Christopher Nolan's Dark Knight trilogy, which was far more grounded in military realism than its more fantastical predecessors.

Paramount Pictures, a subsidiary of Viacom (NASDAQ: VIA) produced all the film adaptations of Tom Clancy's novels, all of which were major hits at the box office. A look at the production budgets and box office numbers of these films over the past two decades reveals why Paramount is eager to continue the franchise.

However, the new Jack Ryan film won't actually be based on any of Clancy's novels -- instead, it is an original story that reboots the character's origin. Therefore, Jack Ryan looks destined to take on a life of his own outside of Clancy's literary universe, just as James Bond kept living in film long after the filmmakers ran out of Ian Fleming novels to adapt.

On television, shows like 24 and Homeland also abide by the logic of Tom Clancy's techno-thriller, with ordinary people overcoming extraordinary circumstances with superior intelligence and high-tech tools.

Although Tom Clancy's influence in books, TV, and film can be widely seen, he also was a household name to video game players worldwide. In 1996, Clancy co-founded video game developer Red Storm Entertainment, which was eventually purchased by Ubisoft in 2000. 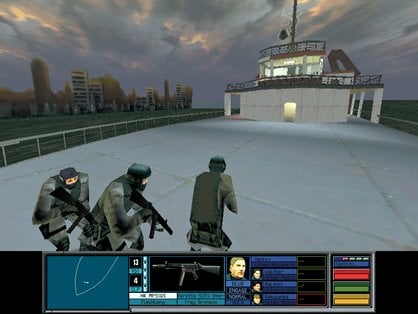 Although the extent of Tom Clancy's involvement in the actual creation of these games is unclear, the popularity of these games is a solid testament to his legacy. To date, over 76 million copies of video games carrying his name have been sold.

Interestingly enough, Ubisoft's Tom Clancy games have proven so popular that the company even introduced a series of tie-in novels written under various pseudonyms. 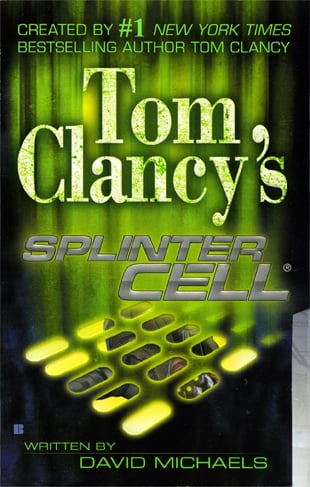 Let's take a look at this "expanded universe" of books that have been written under the Tom Clancy label -- only 23 of which were actually written by Clancy himself.

By expanding his universe through spin-off novels written by various authors, Tom Clancy became a brand that become synonymous with high-tech military espionage. As a result, Tom Clancy had more in common with Walt Disney than Dan Brown -- he was a creator as well as a well-known brand. One can only wonder what would have happened if Clancy bought back his name and tied together his book, movie, and game franchises into a single company.

Even though Command Authority will be Tom Clancy's final novel, it is obvious that his legacy will continue growing and evolving through books, films, TV shows, and video games. New films like Jack Ryan: Shadow Recruit, upcoming games like The Division, and new spin-off novels like Splinter Cell Blacklist: Aftermath will insure that Tom Clancy's legend -- and his well-established brand -- will live on for years to come.