Please ensure Javascript is enabled for purposes of website accessibility
Free Article Join Over 1 Million Premium Members And Get More In-Depth Stock Guidance and Research
By Jordan Wathen - Oct 9, 2013 at 7:26AM

Title insurance stocks can weather a downturn in refinancing activity.

Since bottoming out in May, mortgage rates have since moved higher. Fewer Americans are refinancing, which is crimping bank profits.

One brightspot in mortgage banking
Even as countless mortgage brokers and servicing agents are getting the ax, one industry closely tied to the mortgage business is doing just fine. In fact, business is only getting better.

Since the beginning of September, an unlikely group of title insurers have strongly outperformed the S&P 500 index: 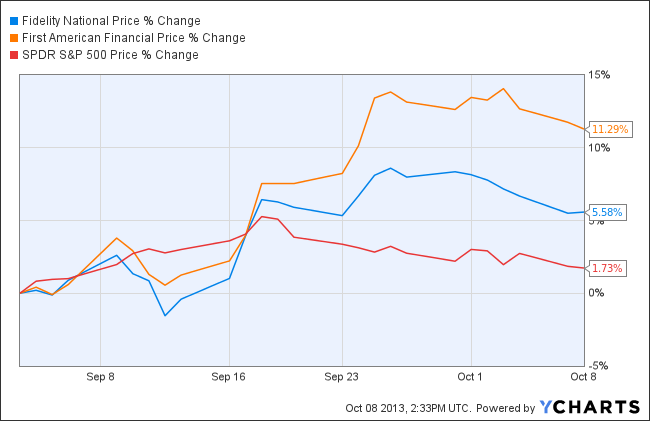 You'd think that in a cooling refinance market, the title-insurance companies would be taking a bath. This isn't the case. Even though refinance applications are coming in at a snail's pace, August's existing home sales built on a positive, upward trend. More and more people are buying homes. 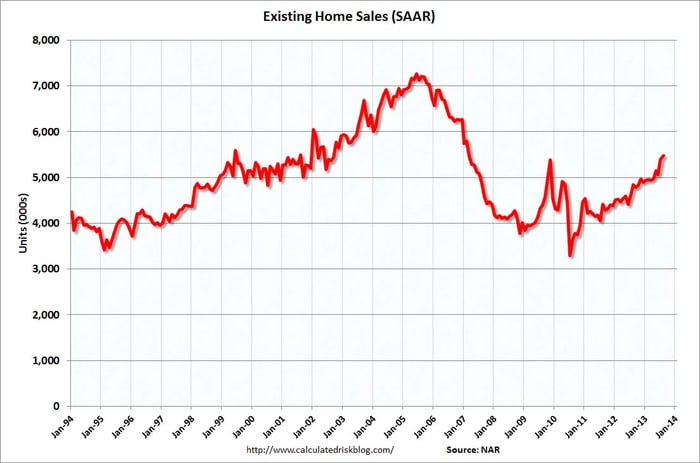 Cashing in on a "new normal"
First American Financial ( FAF 0.75% ) and Fidelity National Financial ( FNF 1.95% ) cut back in 2008 and 2009 to rightsize for a slowing real estate sector. Now their businesses are sized perfectly to capitalize on the boom in new-purchase activity, which pushes up profit margins in a very consolidated industry. First American Financial and Fidelity National Financial control more than half of the title-insurance market combined.

That makes them a great play on a continued real-estate recovery, no matter how low refinancing activity goes.

While title-insurance firms are highly cyclical, and demand will rise and fall over the cycles, there isn't any good alternative to title insurance to protect a homeowner against an unforseen claim on his or her property. Thus, while demand will ebb and flow with real estate activity, title insurance is a product the world will always need. That's an investment thesis on its own.