Sometimes I'm not sure today's movie-goers are aware of just how lucky they are.

Sure, many folks often complain that actors, producers, directors, and studios make far too much money. However, that train of thought ignores the fact that not only can movies be an enormously lucrative business, but they also represent tremendous risks for the people and businesses that fund the films we watch in the first place.

Take Disney (NYSE:DIS), for example, which spent an incredible $200 million just to produce this year's Iron Man 3. Of course, the superhero flick paid off big for Disney by earning more than $1.2 billion in gross box office receipts during its theatrical run alone, making it the highest grossing film of 2013 so far, and the fifth-highest of all time -- and that's not to mention Disney's clearly superior ability for fostering supplementary opportunities in merchandising, at-home media sales, and multiple Marvel-inspired sequels down the road.

But not every box office winner in 2013 has required such deep pockets.

Here are five lower-budget movies that have more than proven their worth on the big screen so far this year:

Back in February, Comcast's (NASDAQ:CMCSA) Universal Studios laughed all the way to the bank when Identity Thief took in a worldwide gross of nearly $174 million, all on a production budget of just $35 million.

Curiously enough, Identity Thief didn't resonate particularly well with international audiences, which made up only 22.7% of Identity Thief's total, but the comedy's staying power with appreciative U.S. consumers more than made up for the difference. 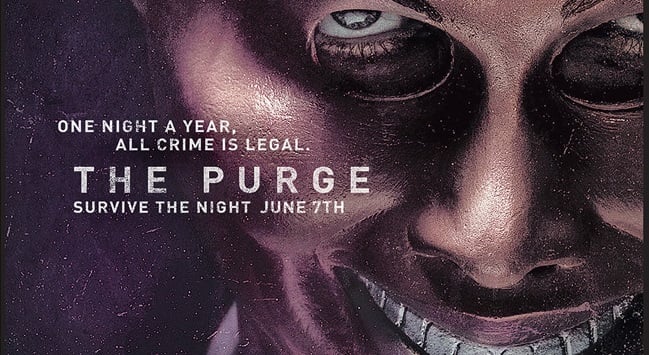 Then in June, Comcast's Universal struck gold again in the low-budget terror niche with The Purge. This time, however, I'm betting Comcast's laughter was decidedly more maniacal as it spent a mere $3 million to produce The Purge, which enticed worldwide audiences to collectively part with more than $87 million of their hard-earned entertainment money.

And why not? After all, The Purge is set in 2022, when crime in the U.S. is supposedly at an all-time low thanks to a one-day-per-year, government-mandated "purge," during which all crime is temporarily legalized and all emergency services are suspended. Love it or hate it, you've got to admit the story has a certain intriguing novelty factor working in its favor.

Besides, it's also hard to underestimate the power of a truly creepy mask. 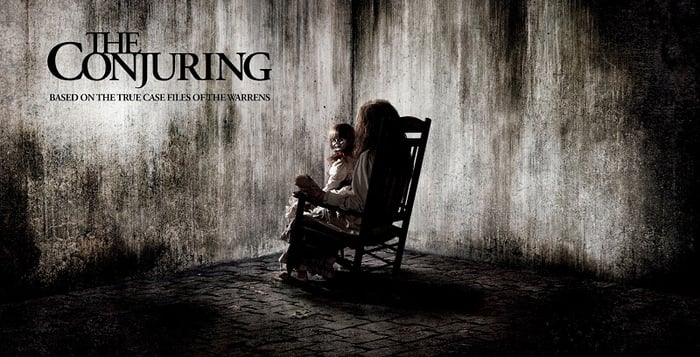 But Time Warner (NYSE:TWX) wasn't about to let Comcast have all the fun. The following month, Time Warner's Warner Bros. creeped everybody out with The Conjuring, which cost only $20 million to make but earned an amazing $312.5 million in global box office sales.

In contrast to The Purge's futuristic approach, however, The Conjuring touched a nerve by drawing on the accounts of real-life paranormal investigators Ed and Lorraine Warren, whose experiences most notably also inspired The Amityville Horror.

In the end, whether you believe it or not, The Conjuring's box office prowess speaks for itself.

Then last month, Comcast's Universal also agreed to distribute Vin Diesel's Riddick, which cost $38 million to produce and has so far grossed a respectable $93.6 million worldwide.

And while Riddick may be the highest-budget film in this group, it's noteworthy considering its 2004 predecessor, The Chronicles of Riddick, which was a massive box office flop, cost nearly three times as much to make at $105 million.

In fact, major studios were so gun-shy after the failure of Chronicles that Diesel himself had to produce Riddick, going so far as to leverage his own home to get it done.

That's not too shabby considering Bad Grandpa absolutely crushed all other contenders during its weekend box office debut, and as of this writing has earned nearly $43 million in gross box office receipts through its first four days.

Then again, I've already suggested I'm not convinced Bad Grandpa will be able to maintain its momentum going forward, but at this point any further success would simply amount to running up the score.

In the end, these inexpensive films nicely illustrate record-breaking sums of money aren't required to profit handsomely in the movie business.

And while none of them managed to even break into the top 10 list of 2013's highest grossing films so far, something tells me you won't find anyone at their respective studios complaining about return on investment.