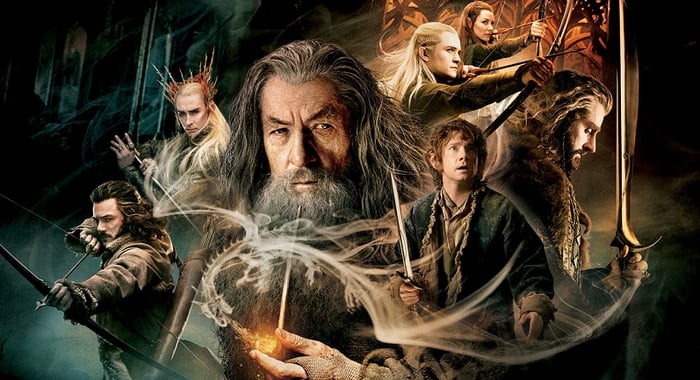 The Hobbit: The Desolation of Smaug debuts on Dec. 13, Image source: Time Warner

Brace yourselves, Middle-earth aficionados, because this is the day you've been waiting for.

Tonight, Time Warner's (NYSE:TWX) Warner Bros. is bringing to life the second of three films portraying J.R.R. Tolkien's most famous book in The Hobbit: The Desolation of Smaug.

If the incredible special effects in its previews weren't enough, it's obvious Time Warner spared no expense given Smaug's reported $225 million production budget. Nonetheless, Smaug should have little trouble recouping that lofty sum, considering the first installment in The Hobbit: The Unexpected Journey was able to garner over $1 billion in box office receipts over its own 19-week theatrical run last year.

What's more, and as I noted Monday, Smaug has largely received a warm reception from critics who've enjoyed its decidedly more action-centric plot. In effect, they say, Smaug apparently redeems a franchise scarred for many hardcore fans by the comparatively dull first Hobbit film.

This in mind, the first Hobbit also earned $84.6 million in its own domestic weekend debut last year, which means Smaug should have no problem securing this weekend's top spot ahead of both Disney's (NYSE:DIS) Frozen and Lionsgate's (NYSE:LGF.A) The Hunger Games: Catching Fire.

In fact, I wouldn't be surprised if Catching Fire and Frozen both also arrive behind the only other new wide release this weekend, Lionsgate's Tyler Perry's A Madea Christmas. Even though A Madea Christmas will open in just under 2,200 theaters tomorrow -- compared to more than 3,900 for Smaug -- keep in mind it's also aiming to live up to the minimum $25 million domestic opening weekends achieved by each of Perry's four previous Madea films.

For some perspective, Frozen earned the number-one spot last weekend with a solid $31.6 million gross for Disney in its second week, followed by a disappointing $26.2 million third-weekend take from Catching Fire for Lionsgate.

Assuming Frozen follows a similar downward week-to-week trajectory as 2010's Tangled (and keeping in mind this is far from an exact science), this weekend's gross for the animated princess flick should be in the neighborhood of $24 million. Meanwhile, if Catching Fire follows in The Hunger Games' footsteps, that should put Lionsgate's already-successful blockbuster at around $19 million this weekend.

However, I'll admit it'd be impressive to have four films simultaneously turn in such large weekend numbers, so don't be surprised if at least one of the above titles comes in lower than expected.

If I were a betting man, I'd say that underperformer would likely be Catching Fire, especially given its sizable crossover -- compared with this weekend's other offerings, at least -- with the target audience of Smaug.

In any case, I'll be sure to touch base to see how the numbers pan out as the weekend progresses. In the meantime, just sit back and enjoy the show.