SanDisk reports on Wednesday. Here's what to watch for long-term investors.

SanDisk (NASDAQ: SNDK) will release its fourth-quarter earnings on Wednesday as rapid growth in flash memory has propelled the stock to a price unseen since last decade. Competition heated up in 2013 as Micron Technology (MU -0.52%) increased its focus on solid-state drives, or SSDs, increasing revenue from the segment by 76% year over year. Meanwhile, legacy hard-drive makers like Seagate Technology (STX) and Western Digital (WDC -2.09%) have taken steps in the faster growing SSD business, the latter partnering with SanDisk.

In the upcoming earnings release, I'll be paying attention to three metrics that should be important to long-term investors: the first full-quarter impact of SMART Storage Systems on the company's enterprise business, the company's embedded solutions as a percentage of revenue, and the company's ability to continue reducing costs.

A SMART acquisition
SanDisk closed the acquisition of SMART Storage Systems in the third quarter, but the fourth quarter will be the company's first full quarter integrating the business. The acquisition significantly strengthens SanDisk's Enterprise Storage Portfolio providing it with new enterprise customers to serve.

One reason for the acquisition was that SMART's Guardian technology is more scalable than SanDisk's. Enterprise SSDs is the company's fastest growing business, and the SMART acquisition should bolster that growth. The growth in enterprise SSD sales will be lumped into SanDisk's commercial channel, so look for more color in the 10-Q or conference call.

As SanDisk grows its presence in enterprise server farms, hard-disk manufacturers like Western Digital and Seagate are at risk. As the price gap between solid-state and hard-disk drives continues to decline, the benefits of flash-memory are beginning to outweigh the added cost. Western Digital has partnered with SanDisk to create a hybrid storage system to achieve the benefits of both products. Seagate has gone it alone and is producing its own hybrid and fully solid-state drives. 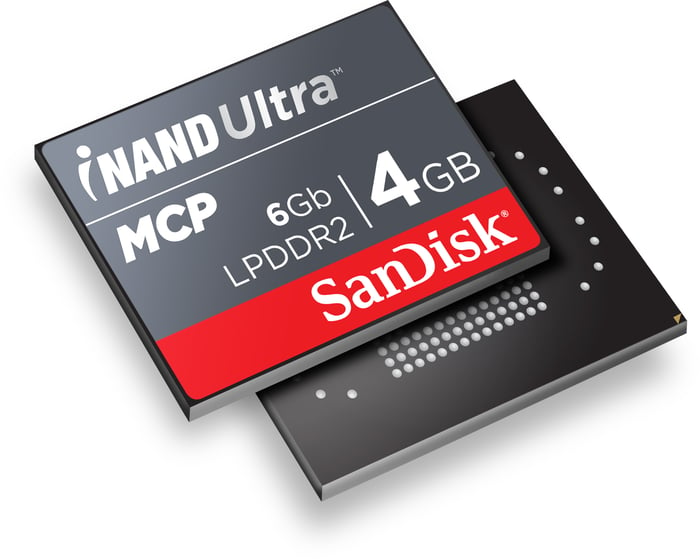 A pre-report from Samsung earlier this month indicated that the Korean device maker, which also makes NAND flash memory to compete with SanDisk, might not have sold as many phones as it initially forecast. Better than expected sales of Apple's newest iPhones as well as competition from mid- and low-end handsets in China, which SanDisk targets with its iNAND product, are the likeliest reasons for lower than expected revenue from Samsung.

While SanDisk is increasing embedded solutions as a portion of its products mix, so is Micron. Micron President Mark Adams indicated on the company's first quarter conference call that it's focused on growing its share of the embedded market. Look for SanDisk to continue acquiring lucrative contracts with OEMs to fend off competition from Micron.

Reducing costs and improving profit
Analysts are expecting SanDisk to report earnings per share of $1.57, a 50% increase from the same period a year ago. Of course, the expected 10.6% bump in revenue helps, but SanDisk is also benefiting from declining costs.

One source of declining costs has been SanDisk's exposure to the Japanese Yen in its cost of goods. A declining Yen is good for SanDisk because it purchases its NAND flash memory from its joint venture with Toshiba, Flash Ventures, located in Japan. For the fourth quarter, the company expects its exchange rate to be around 97 Yen for one U.S. Dollar, but it could be higher as the Yen has climbed well over 100 in recent months. 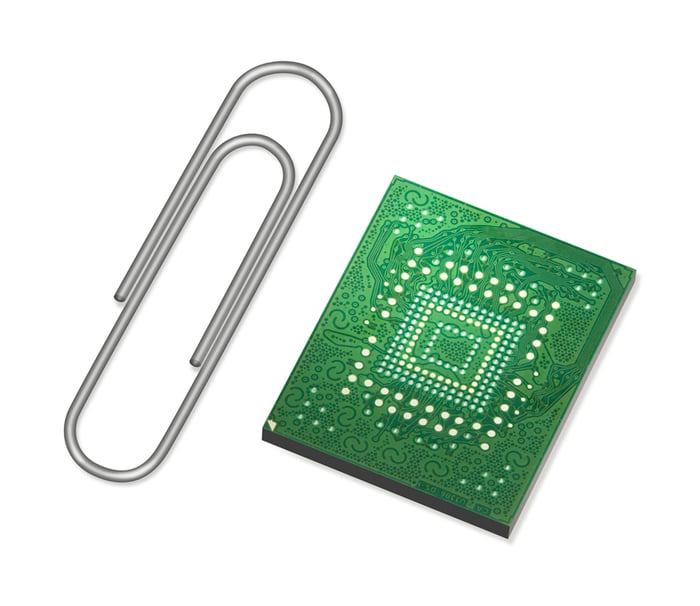 More permanent cost advantages are derived from the company's improving technology. In the third-quarter, the management reported that its 19-nanometer process was fully ramped, so there's not much room to improve cost benefits from that process. It's next technological leap is its 1Y process, which doesn't offer as significant of cost reduction as the 19-nanometer process. The company expects 15% of its production will be on 1Y in the fourth quarter, though, so there should be a small bit of reduction there.

SanDisk will face increased costs from a full quarter of SMART Solutions operations, and the company's focus on SSD, which has a higher cost per gigabyte than most of its other products, will also increase the company's costs. Watch to see what the company is doing to offset these costs as it ramps up its 1Y process.

Another solid report
SanDisk has beat earnings estimates in each of the last four quarters, and it wouldn't be unthinkable for it to do it again. In a seasonally strong retail quarter, pay closer attention to what the company is doing in its commercial channels -- specifically, enterprise and embedded solutions. Improvement in those categories is more important to long-term investors as they're the company's biggest growth drivers going forward. Also pay attention to cost reductions, and any upside the company receives from the Yen exchange rate. Focus on what's permanent and what's non-permanent.

Adam Levy has no position in any stocks mentioned. The Motley Fool owns shares of Western Digital.. Try any of our Foolish newsletter services free for 30 days. We Fools may not all hold the same opinions, but we all believe that considering a diverse range of insights makes us better investors. The Motley Fool has a disclosure policy.