Game of Thrones has always played by its own rules, but then again so does HBO, so it's a match made in TV heaven.

When HBO (a subsidiary of Time Warner (TWX)) has a hit series, it dominates in all corners of the globe. The lasting impact of series like The Sopranos and Sex and the City can be seen across every medium, and Game of Thrones is now following that legacy. Over the weekend the network released an extended 15-minute preview of the drama's new season to great acclaim, and as expected it resonated with its vast fan base. 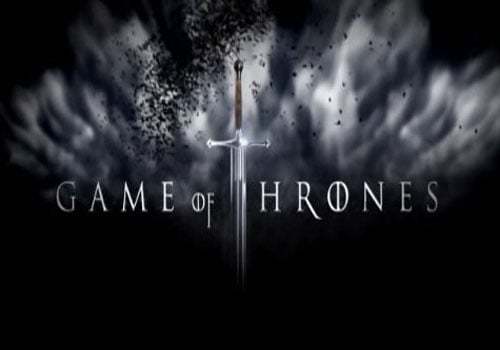 So why does the series have the impact it has and what does it mean to HBO? The answer to at least part of that is in its past. The book series on which it is based (A Song of Ice and Fire) is one of the most successful of its kind. Written by George R.R. Martin, Thrones is an epic fantasy drama with colorful characters doing at times despicable things all in the name of power.

First published in 1996, the series was adapted by HBO in 2011. Featuring an ensemble cast, it didn't take long for the show to hit a high note with fans. For outsiders not yet familiar with the books, it soon became clear this wasn't just another period drama. Executive producers David Benioff and D. B. Weiss clearly took their time and plotted out how they wanted to bring this world to life. Yet more importantly, HBO was firmly behind the pair and their ideas.

The premium channel was far and away the best place for this series to live -- the network is known for taking chances on big projects and has the pay cable protection to ensure it can air virtually whatever it wants. Although what sets Thrones apart isn't that it features an extreme amount or violence or nudity, but that it has an actual plot.

Not losing their heads

Martin has weaved a complicated web across seven massive books (two of which have yet to be published). The characters created in the series are all fleshed out, but they also all seem to have an expiration date. The Thrones series is notorious for offing people, no matter how crucial they may be perceived to be by readers. HBO knew this going in and didn't flinch in letting the series stay true to its source material.

That was never more apparent than on June 12, 2011, when the network aired the penultimate episode the show's first season that (two-year-old spoiler alert) killed off a major character in the closing seconds. This wasn't just any major character either, it was THE major character. Imagine pitching a series to a network, launching it to major fanfare, basing an entire campaign around a specific face and name, and then writing him off just as the show is finishing its massively successful freshman run. That's Game of Thrones.

It didn't end there either. It's become tradition for the penultimate episode to be the marquee installment of the season. While other shows may save those moments for a finale, Thrones does things its own way. In season two, during that next-to-last episode viewers were treated to the visual feast known as the "Battle of Blackwater," and last year audiences were bawling when the "Red Wedding" led to a massacre that claimed the lives of even more big name favorites.

Although those who had read the books knew all this was coming, nobody ruined the twists. Audiences were in large part completely caught off guard every time and HBO just sat back and watched it all play out in grand style.

As a prize for its patience and foresight, HBO has been rewarded the last three years with a series that consistently cleans up on Emmy morning. The show is three for three in nominations for Best Drama and while it's never won in that category, it doesn't make a difference. Thrones is now an institution and will be a lock for a nomination until its goes off the air. This is a show that takes risks and it airs on a network known for doing the same. The series personifies its channel and is a testament to its legacy.

For the past few years, Thrones was just one piece of a larger network fabric that contained a number of equally ground-breaking shows, but in 2015 it's going to be the largest piece. With Boardwalk Empire, True Blood, and The Newsroom set to exit the fold this year, Game is set to be the heir to the HBO throne. While the network has a number of new series in the wings, Thrones will have to remain on top of its game. With the so-called "Purple Wedding" on the horizon, it doesn't look like that will be a problem.

Thrones' legacy has already been mostly forged and it will hopefully eventually capture that coveted Best Drama trophy once AMC's one-two punch of Mad Men and Breaking Bad comes off the table. For now though it will continue to pick up steam both on network channels and off.

Remember, Thrones is the most pirated show on television and one of HBO's most popular programs on its HBO Go app. HBO executives have even gone on record saying they don't care if people share their log-ins to watch it because it will just continue to build a stronger word of mouth. That's what is possible when you have a show like this and that's why the Internet is so focused on a 15-minute preview featurette.

Winter is coming and it returns this April.