Please ensure Javascript is enabled for purposes of website accessibility
Log In Help Join The Motley Fool
Free Article Join Over 1 Million Premium Members And Get More In-Depth Stock Guidance and Research
By Tim Beyers – Feb 13, 2014 at 10:35AM

A Fool contemplates what a fan poll means not only for his predictions, but also Walt Disney and Time Warner stock. 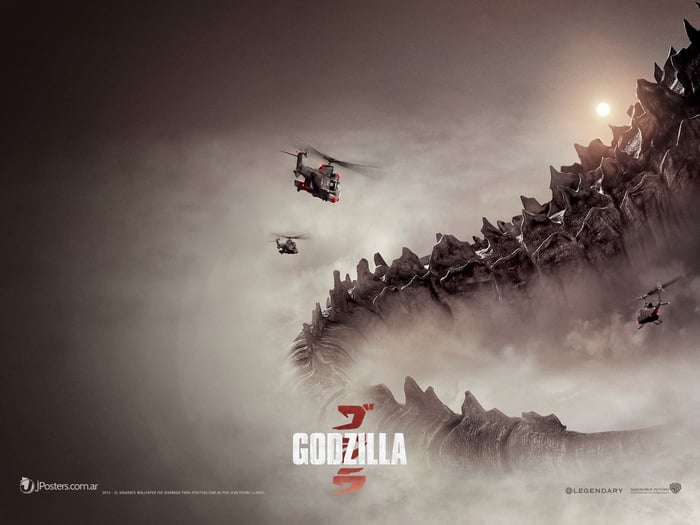 Godzilla stomps his way into theaters on May 16. Source: Legendary Pictures.

A closer look at a fan poll has Fool contributor Tim Beyers wondering if he was too quick to dismiss Godzilla's chances at the box office. He explains why in the following video.

In early January, entertainment site IGN published a poll in which Godzilla ranked as the sci-fi movie fans were most excited to see in 2014. Christopher Nolan's Interstellar ranked second at just over 20%. By contrast, among comic book films, Tim's top pick -- Walt Disney's (DIS -3.22%) Captain America: The Winter Soldier -- ranked a distant fourth at 13.9% of the vote, trailing The Amazing Spider-Man 2 (14.3%), Guardians of the Galaxy (18.7%), and X-Men: Days of Future Past (35.2%).

What's more, recent Google Trends data shows that Godzilla, co-produced by Legendary Pictures and Time Warner (TWX), has enjoyed impressive search volume in the days following a new trailer or other news event. And yet, between the two, Tim still believes the Winter Soldier has an edge.

Why? He cites two reasons. First, a new trailer for the movie has been viewed more than 13 million times in less than two weeks -- a stunning number when you consider that a preview for The Amazing Spider-Man 2 has earned less than 4 million views over the same period.

Second, with an early April release date, the new Captain America gets a month in theaters before the next round of would-be comic book and sci-fi blockbusters reach audiences. The extra space should give the film time to generate momentum, Tim argues, a luxury Godzilla won't have when it launches between the debuts of Spider-Man and Days of Future Past.

Now it's your turn to weigh in. What's your pick for the top box-office earner of 2014? Will Disney have another record-breaking year, or will Godzilla help Warner stomp competitors? Please watch the video to get Tim's full take and then leave a comment to let us know whether you would buy, sell, or short either of these stocks.

Tim Beyers is a member of the Motley Fool Rule Breakers stock-picking team and the Motley Fool Supernova Odyssey I mission. He owned shares of Time Warner and Walt Disney at the time of publication. Check out Tim's web home and portfolio holdings or connect with him on Google+, Tumblr, or Twitter, where he goes by @milehighfool. You can also get his insights delivered directly to your RSS reader.