The first quarter of 2014 will see the release of an unusually large number of high-profile games. Which titles will shape the coming year and the industry at large? 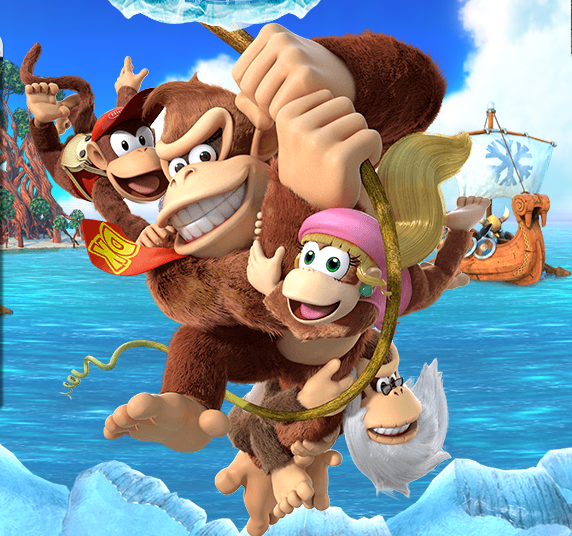 Now that the Sony (SONY 0.07%) PlayStation 4 and the Microsoft (MSFT -0.59%) Xbox One have launched in a large number of territories, attention turns to whether or not these systems will deliver the content necessary to create long-term success. As the Wii U from Nintendo (NTDOY 0.47%) has demonstrated, hardware launches are often followed by long periods of software drought. Take this fact and combine it with the tendency of the first-quarter release window to be the weakest of the year from both the quality and the commercial standpoints and there is reason to suspect that 2014 will fall victim to undesirable trends. On the contrary, this year's first quarter will see the release of some very big games. One of them could even shape the outcome of the console wars.

5. Donkey Kong Country: Tropical Freeze
Developed by Nintendo's talented Retro Studios, Donkey Kong's latest outing is a big title for the ailing Wii U. The game is a sequel to the 2010 Wii game that saw the great ape's platforming adventures revived. Scheduled for North American release on February 21, the title bears the unfortunate responsibility of driving the Wii U platform until Mario Kart is released in the second quarter. The game will not match its predecessor's commercial performance, but it stands apart from the Wii U's otherwise-dismal first-quarter lineup.

4. Minecraft
In the age of triple-A software development, the explosive success of Mojang's Minecraft challenges modern design fundamentals and demonstrates the growing importance of fostering community for the industry. Likely the most successful indie game in the history of the medium, Minecraft has already been released on a large number of platforms, with PC sales in excess of 13 million and sales on the Xbox 360 surpassing 10 million. The game is slated to hit the Xbox One and the PlayStation 4 in March, where it will undoubtedly put up big numbers and extend the title's cultural relevance. Whereas young gamers were once weaned on the likes of "Mario,"  Minecraft is the current craze among that demographic.

PlayStation 4 exclusive Infamous: Second Son is a non-numbered sequel in the series that developer Sucker Punch started on the PlayStation 3. Slated for release on March 21, the game is the first big retail exclusive for the PlayStation 4 since the system's launch. Much like PS4's premier launch shooter Killzone: Shadowfall, Second Son represents an opportunity for Sony to broaden the appeal of one of its solid but not spectacular IPs. The fact that Second Son will be the biggest exclusive game released on the PS4 since its launch should provide it added opportunity to flourish and prolong the life of the series.

2. Dark Souls 2
Releasing on PlayStation 3 and Xbox 360 on March 11, Dark Souls 2 is the sequel to a game that has had a significant impact on the industry. Developed by From Software and published by Bandai Namco, the series actually came to life as a spiritual successor to an otherwise separate IP, Demon's Souls. The resultant series launched on a greater number of platforms and found an adoring fan base thanks to its old-school design elements and challenging difficulty. The "Dark Souls" series is also notable for being one of the most significant new IPs to come out of Japan in the last decade. According to the most recent GameSpot Trax survey from CBSi, the game has the best awareness and intent-to-purchase tracking of any first-quarter title. 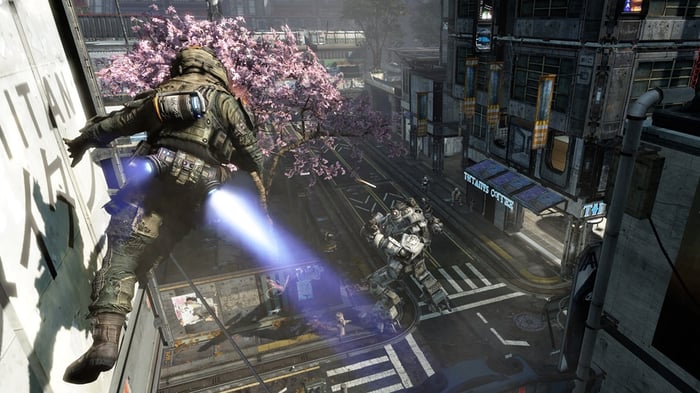 Launching on Xbox One, Xbox 360, and PC on March 11, Titanfall has been touted as the game that will usher in the next generation of first-person shooters. While the game's availability on last-gen hardware may complicate that messaging somewhat, there is no doubt that it is a huge release for Microsoft's platforms. The product of an exclusive partnership with Electronic Arts (EA -0.45%), the title is being positioned to revolutionize the genre in ways not seen since 2007's Call of Duty 4: Modern Warfare from Activision Blizzard. Titanfall is being headed up by the creative minds that helped "Call of Duty" become the last console cycle's most-successful series. Given the historical importance of shooters on the Xbox platform, a high-quality and highly successful Titanfall is important for improving Xbox One's broader value perception.

Crown the winners of 2014's first round
In terms of exclusive content in the first quarter of 2014, Microsoft looks to enjoy an edge over Sony and Nintendo. Of the five releases listed, Titanfall should almost undoubtedly have the biggest impact on how this console generation shakes out. As the centerpiece of Microsoft and EA's strategic partnership, the game's performance will also play a major role in the ongoing relationship between these two industry behemoths.