Rumors suggest that Amazon could improve its gaming industry standings by buying Microsoft's gaming division. How likely is this scenario, and what does it mean for those involved?

The last year has been a difficult one for Microsoft's (MSFT -2.03%) Xbox brand. Despite the strong launch of the Xbox One, the system has faced an uphill battle that looks like it will continue going forward. The PlayStation 4 from Sony (SONY -2.62%) looks to be off to a much stronger start, substantially outperforming the Xbox One in Europe and outselling the system by a 2:1 margin in January in North America. It's not as though Sony is the only threat to the company's presence in the gaming space, either. Tech giants like Amazon (AMZN -3.03%), Apple, and Google have been gearing up to claim a greater share of the market as well.

Amid the Xbox One's product vision and messaging problems, strong voices have emerged from within the company demanding that Microsoft sell off the Xbox brand and exit the gaming space. Increasingly influential shareholders like Value Act have cited poor margins as the primary rational for liquidating Xbox. Now, rumors are circulating that Amazon may be a potential buyer. Is the online retail and cloud giant about to purchase one of the biggest names in gaming?

Everybody loves rumors
According to insider Pete Dodd, talk of Amazon buying the Xbox brand has been quietly swirling. Dodd has been ahead of the curve on big stories before, but it's important to remember that there is very little information to substantiate these rumblings. Other rumors suggest that Amazon will be launching its own Android-based console and media box sometime in 2014.

Who won the last round of the console wars?
Go back in time a year or two and the notion of selling the Xbox brand would seem patently absurd. Microsoft's Xbox 360 was arguably the most successful console of the last hardware generation. While the Wii sold more hardware and the PlayStation 3 enjoys slightly better momentum at the tail end of the cycle, the 360's online-centric product vision proved to be the direction in which the industry was heading. The system substantially outperformed PS3 in the UK and North America and established Xbox as the de facto gaming platform in the West.

Microsoft and Sony swap spots
The controversy surrounding the Xbox One's initial product vision and the fact that the system offers weaker hardware at a higher price have changed the picture dramatically. There is little question that Microsoft will need to adapt its strategy in relation to the success of the PlayStation 4. Sony faced a comparable situation in the last generation when it was forced to react to the rise of the 360. 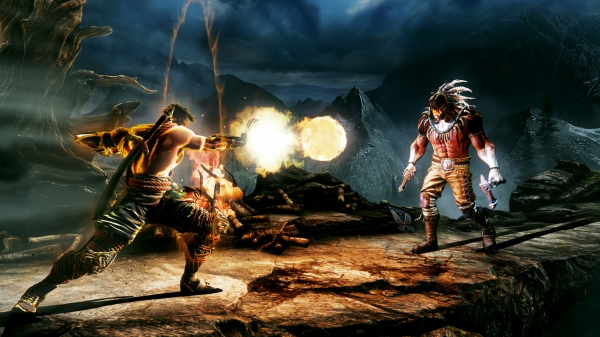 Last year, concrete details suggesting that Amazon would be releasing a set-top box with substantial gaming functionality began to circulate. The company posted hiring calls that made it clear that there was an intent to improve its game development capabilities.

Reports indicated that Amazon's media convergence device would use a Snapdragon processor from Qualcomm. This year has seen Amazon acquire Double Helix Games (the developers of Killer Instinct on Xbox One) and intensifying rumors that the company's console would debut at an approximate $300 price point.

Is it a question of one or the other?
The launch of an Amazon console in 2014 would not eliminate the Internet giant as a potential purchaser of the Xbox business. If Microsoft is planning to sell the Xbox brand, Amazon is one of the most likely buyers. As an American company firmly invested in cloud infrastructure, there could be few better suitors.

Where does Satye Natella stand in all of this?
Microsoft's new CEO Satye Natella has been described as a man who is intensely focused on the numbers. With that in mind, attention turns to which numbers matter most going forward.

From a purely monetary perspective, there's no denying that Microsoft is still billions in the hole on its gaming investment. Entering the market proved incredibly costly, but the company has found considerable success in building the brand. While much of Natella's background is cloud and services based and the company is expected to move in this direction, maintaining hardware divisions is not necessarily incompatible with this vision. It's simply a matter of producing the right hardware.

Points against sale
While Amazon may be the ideal purchaser for the Xbox brand, there is a lot standing in the way of such a deal going through. Chief among these obstacles is whether or not Microsoft really wants to ditch its console business. Microsoft has described Xbox 360's business in recent years as being "incredibly profitable," and the company's Xbox Live platform has been a tremendous success. What's more, selling the Xbox brand in the middle of a hardware generation would almost certainly damage the brand.

Microsoft may see much better margins from Windows and Office, but investments don't have to be profitable in the short-term to be worthwhile (as Amazon itself has demonstrated.) It's also worth noting that Amazon's cash and short-term holdings of approximately $12.45 billion are relatively small in relation to the company's massive size. Although imprecise in its methodology, a 2013 estimate from Bloomberg put the value of Xbox at around $17 billion. Microsoft might not be interested in Amazon shares, especially if the two companies look to be increasingly competitive in cloud and service spaces.

What does it all mean?
If a sale of the Xbox division occurs, don't expect it within the next several years. All signs point to Amazon releasing its own hardware this year, and Microsoft is in a position that necessitates shoring up the stability of the Xbox brand before looking for a buyer. Of course, it's possible that Amazon initiated some low-ball soft offers in hopes of opening a dialogue and getting a better idea of how Microsoft values its gaming business. Either way, expect Amazon and Microsoft to be competitors in the gaming space before the year's end.

Keith Noonan has no position in any stocks mentioned. The Motley Fool recommends Amazon.com. The Motley Fool owns shares of Amazon.com and Microsoft. We Fools may not all hold the same opinions, but we all believe that considering a diverse range of insights makes us better investors. The Motley Fool has a disclosure policy.