Please ensure Javascript is enabled for purposes of website accessibility
Log In Help Join The Motley Fool
Free Article Join Over 1 Million Premium Members And Get More In-Depth Stock Guidance and Research
By Bradley Seth McNew – Feb 23, 2014 at 7:00AM

Allowing consumers to choose how they bet their money, whether in USD, HKD, or Bitcoin, may be one way to get people to put more money on the table.

Bitcoin sets itself as the only international currency, not regulated
by any government or central bank. Photo: DailyTech.com

In January, one casino and resort investment company, Desert Rock Enterprises, made history by allowing Bitcoin to be accepted as payment in some of the shops, hotels, and restaurants at its properties, specifically The D Las Vegas Casino Hotel and the Golden Gate Hotel and Casino. The CEO of the enterprise said in an interview that "The timing is right for us to launch this initiative, and I'm happy to be able to offer this to our customers." Even though the casino itself only accepts U.S. dollars, this historic move could be the start of a trend that could lead to gamers being able to use digital currencies to bet in casinos. 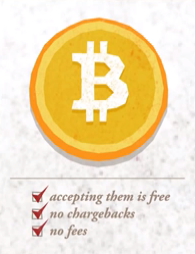 Bitcoin could be an attractive option for Vegas gaming companies
By allowing consumers the option of using the new digital currency, the companies could potentially tap into a new payment system that registers with a different audience, which means more gamers. Bringing more money, denominated in any currency, into Nevada's casinos certainly wouldn't hurt. Las Vegas gaming as a whole lost $1.35 billion in 2013, which is the fifth straight year that the industry lost money, according to a report by the Nevada Gaming Board.

Another benefit is the ease with which international consumers can get their funds. Using a smartphone, a person from another country who is gambling in Las Vegas could tap into a Bitcoin account to make payments within seconds. Less fees and less hassle will mean more willingness to keep pulling money out, and more money on the table in Vegas. The Bitcoin.org website for consumers boasts that "There is no bank to slow down the process, level outrageous fees, or freeze the transfer. You can pay your neighbors the same way as you can pay a member of your family in another country."

A representative for Caesars Entertainment (CZR) showed the casinos' interest, explaining that "From the online side, I can tell you that we think it is an interesting technology that we have recently begun to monitor more closely and gather data on," but also saying that, "As we look for future payment solutions for our business, it could be viable, but we're too early in the process to draw any definitive conclusions at this point." 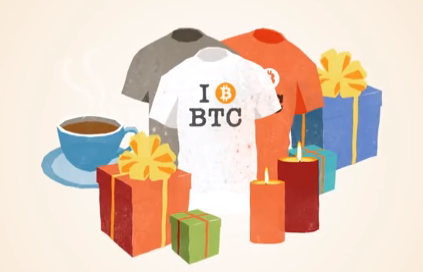 Bitcoin is getting more and more companies on board, mainly online retailers. Photo: Bitcoin.org

Bitcoin is not without use in online gambling already. The digital currency is now accepted by multiple online gaming sites, though this remains mainly true for consumers who come from non-U.S. IP addresses. SatoshiDice is one company that allows consumers to use Bitcoins to gamble, though the company only sees 1.9% of gaming using Bitcoin. Maybe not a major movement, but certainly a start.

Gambling sites are not the only ones allowing Bitcoin. Overstock.com and Zynga are two major consumer companies which have begun allowing consumers to make purchases online using the digital currency. If the trend catches on with more retailers and appears safe, online gambling may see a rise in the allowance of digital currency. This would be an interesting trend for a company like Boyd Gaming Corp (BYD 0.89%) that saw a 15% revenue increase in its online gaming segments in January, which delivered $3.9 million in online gaming revenue for the single month.

This could be a major benefit for a company like Las Vegas Sands (LVS 0.26%), which has operations around the world. With casinos in Vegas, Singapore, Macau, and hopefully soon in Japan, if consumers can visit different casinos and use one international currency this could be a benefit to gamers and the company alike. With 86% of revenue coming in through currencies other than USD, it may not be such a large step outside of the casino's comfort zone.

Regulatory and legal issues
Vegas casino operators are yet to even present the idea to the Nevada State Gaming Control Board, which oversees the prevention of legalized crime and the regulation of chips through its enforcement division. The chairman of the board was quoted as saying that "We would have to have an extremely high level of comfort with virtual currency of this kind in order for that to ever occur." Retail operations, such as the gift shops and restaurants at the two casinos that have allowed these transactions, do not fall under the scope of the gaming board. Using the currency for casino operations would. This would be true of a "Bitcoin ATM" in the casino as well.

Aside from the need for authorization from the Nevada gaming board, casinos are also one of the businesses that fall under the Bank Secrecy Act in the United States. The act, which seeks to stop money laundering and similar illegal financial activities, establishes regulations similar to what using Bitcoin for casino operations would entail. Casino companies are not naïve to the Bank Secrecy Act. Sands settled to pay $47 million last August to close a case involving the laundering of $58 million associated with drug trafficking by one man through The Venetian casino, which is owned by Sands.

A great idea, but is it a trend to bet on yet?
Because of the ease of international payments, the new market that might be tapped, and the ability to use technology to speed up transactions, Bitcoin payments could be a profit booster for Vegas casinos. However, because of the regulatory and legal concerns, as well as the volatility of the digital currency itself, it is very unlikely that this will be an industry trend anytime soon.

However, don't stop watching this trend, as there is talk of incorporating Bitcoin as an option for casino operators as early as this summer. Ardon Lukasiewicz, the CEO of Bitmarkers, is working on a service which would allow gamblers to send Bitcoins to Bitmarkers and establish "markers" with casinos denominated in U.S. dollars. When the gamers choose, Bitmarkers would return their remaining funds in Bitcoins. The company is currently in talks with investors to raise the funding necessary to get the Bitmarkers service up and running by this summer, if nothing else as a means for gamblers to see how the service could work sometime in the future.