Tim Beyers, Steve Symington, and Leo Sun
(TMFMileHigh)
Author Bio
Tim Beyers first began writing for the Fool in 2003. Today, he's a full-time analyst for a variety of premium Motley Fool services, including Rule Breakers. He's also a contributing analyst to David Gardner's Supernova Universe services and Tom Gardner's Discovery services. At Fool.com, he writes about the stocks he researches for members, which usually means diving into disruptive ideas in technology and entertainment. Contact him at tbeyers@fool.com.

On March 18, Marvel’s Agents of S.H.I.E.L.D. takes a back seat to the Avengers. Instead of Agent Coulson and his team spanning the globe in search of the Clairvoyant, Walt Disney's (NYSE:DIS) ABC network will air a special titled, Marvel Studios: Assembling a Universe. 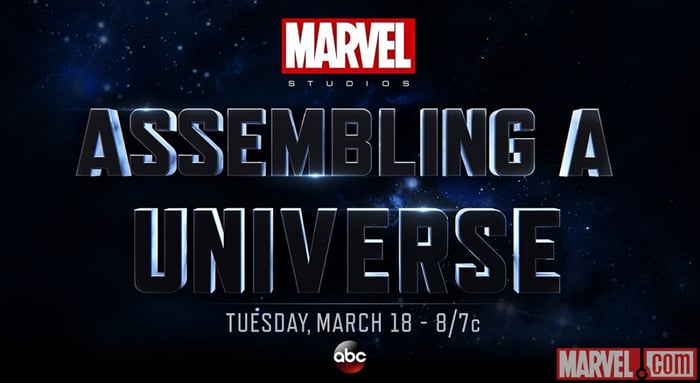 Marvel’s hour-long documentary promises details regarding how its movie franchises came to be, and an up-close look at new footage for Avengers: Age of Ultron and this summer’s Guardians of the Galaxy, among other projects.

Fans and investors should also like the timing. Captain America: The Winter Soldier opens in 17 territories, including the U.K., in late March while the film’s U.S. debut is scheduled for April 4. Marvel’s documentary preview could add momentum ahead of release.

Meanwhile, last summer’s San Diego Comic-Con marks the last time anyone saw anything related to Marvel’s sequel to the mega-hit The Avengers:

All that changes when ABC airs the Marvel special. What specifically can fans and investors expect to see? Our top comics and pop culture analysts ponder the possibilities, offering three questions that still need addressing:

Leo Sun: Why is Ultron coming before Ant-Man?
Michael Douglas has been cast as the original Ant-Man, Hank Pym, who created Ultron (an insane AI version of Pym's persona) in the comic book. Paul Rudd will be playing the newer version of the character, Scott Lang. Like many fans, I’m wondering why Ultron will appear in Age of Ultron when Ant-Man will be subsequently released as the launch title for Phase 3.

I'm also wondering if there’s any truth behind the rumor that the film version of Ultron will be a psychotic version of Iron Man’s AI buddy Jarvis -- which might be easier to understand for audiences who have been following the Phase 1 and 2 films instead of the comics.

I also think we're getting into unfamiliar territory for movie audiences not acquainted with the comics, with Guardians of the Galaxy and Ant-Man. Therefore, I would like to see if Marvel has any plans to integrate Blade, Punisher, Daredevil, and Ghost Rider back into its Cinematic Universe either on TV or the big screen.

Steve Symington: When will see the Hulk in another solo film?
Marvel's special should dish plenty on the Universe's newest characters, but I really want to see if the Age of Ultron clip will reveal their plans for everybody's favorite "enormous green rage monster."

Recent footage from the set of Age of Ultron apparently depicts terrified residents fleeing Hulk's latest temper tantrum in South Africa, which lends credence to speculation he'll play an even bigger role this time around.  This also begs the question of when (not if) Hulk will receive his own sequel -- something all but confirmed by the six-picture deal signed by Mark Ruffalo in 2012.

Also note the special airs on Tuesday, March 18 at 8 p.m., which means it's temporarily taking over the time slot of Agents of S.H.I.E.L.D. That's two episodes from now and a week after Agents of S.H.I.E.L.D. features Lady Sif in its second highly anticipated Thor crossover. Plenty can happen between now and then, but it seems to set a high bar for Marvel's promise of "sneak peeks at the future of" the show.

Tim Beyers: Who will the next Avengers be?
A new team of Avengers is coming and it appears Paul Bettany, as Vision, became part of it when the studio added him to its roster for Age of Ultron last month. He’ll be joined by the existing cast of Avengers and the mutants Scarlet Witch (played by Elizabeth Olsen) and Quicksilver (played by Aaron Taylor-Johnson).

Meanwhile, Marvel has three untitled films scheduled. I’d like to see the studio names the characters planned for those projects -- as much to satisfy my curiosity as to familiarize newer fans with the idea that the Avengers are a dynamic team. Rumors suggest Black Panther and Doctor Strange as likely additions, though it’s unclear whom they'd replace.

Now it’s your turn to weigh in. What are your 3 questions for Marvel? What do you hope to see in the March 18 documentary? Leave a comment in the box below to let us know where you stand, and whether you would buy, sell, or short Disney stock at current prices.