Selected executives, directors, and analysts were asked to evaluate companies using nine criteria, including investment value, and the scores were added up to create the final numbers.

No. 1 again
Apple, the maker of the iconic iPhone, iPad, and iPod, finished No. 1 for the seventh straight year with a score of 8.24.

In the area of investment value -- although the stock price is well off its all-time high -- Apple shareholders have benefited from an expanded dividend and a buyback program. Over the last year or so Apple has bought back $22 billion in shares and paid out nearly $12 billion in dividends. Apple investors, while they wait for the next "big thing," have been rewarded. 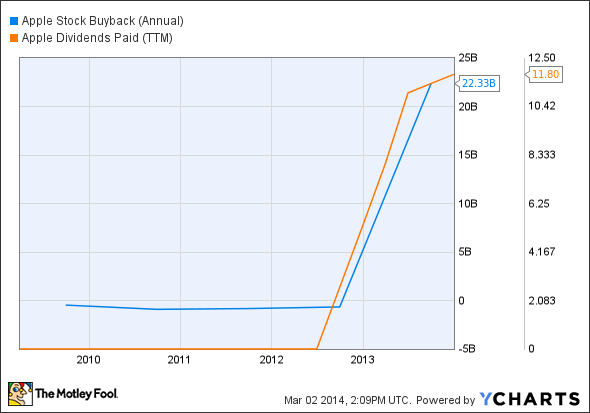 The next big thing is probably a bit overdue. To resume its upward growth trajectory Apple needs a companion product for the iPhone and iPad, which comprise about 70% of the company's current revenue. Growth has slowed in the high-end smartphone market and the tablet business has gotten crowded with lots of competition.

Things are OK for now but the company will need a new iDevice or iService soon. Apple hasn't announced anything but rumors are flying around that a smart watch, some sort of TV device or service, and a mobile payments platform are in the works. Apple would likely become a hit with growth-oriented investors again and top out the most-admired list for an eighth consecutive year if one or more of those things panned out

Searching for No. 2
Internet giant Google was the runner-up on the list with a score of 8.01. On the subject of investment value it's not hard to see why the company ranked way up there. Google is hitting on nearly all cylinders and after a three-year lull the stock price has exploded to over $1,200 a share. 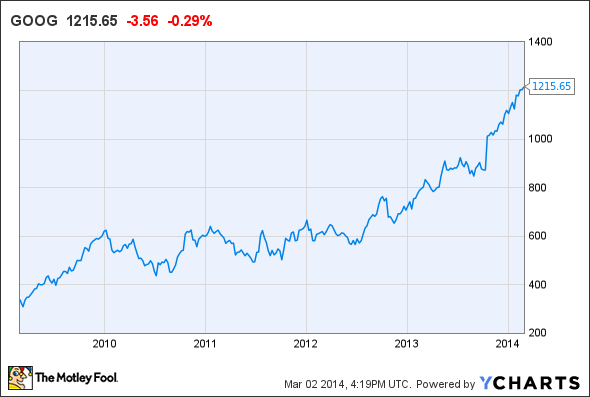 The company's bread and butter is its web search business and Google controls about two-thirds of this market and generates tons of cash from it. However, the company probably realizes that someday it will receive diminishing returns from search and so it has begun to diversify a bit.

Google has made a lot of moves recently by selling its Motorola unit to get out of smartphone hardware and getting into smart home gadgets and social media by buying Nest and Whats Up. The company is expanding its high-speed Internet service Fiber to more cities and it is also dabbling with futuristic technology like driverless cars and biosensors which could pay off down the road. Investors won't do wrong by sticking with Google.

The Seattle-based online retailer has its own cash-cow business that is doing well but it has also been branching out into other areas such as web hosting services and tablets. Amazon will also offer a web TV service much like Apple TV this year.

The company has performed admirably for a long time and investors have been rewarded. For example, its revenue growth has averaged over 30% for the past five years.

There are a few concerns for Amazon but no major showstoppers. Much as with Apple, Amazon's future growth probably won't come from the tablet market where it has a relatively small piece of the pie and in some of the industries where the company is expanding it has little experience and it will take some time to excel. Amazon's quarterly operating income has been erratic and twice during the past year it went negative, as the company has been diverting most of its excess cash to fund future growth, but generally it has been on an upward path. 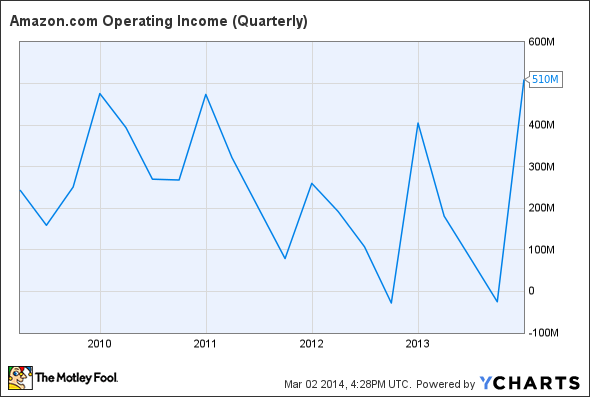 Foolish conclusion
A list of the most admired companies today is topped by Apple, Google, and Amazon, which generally have returned good value to investors.

Lately Apple has been paying out billions in dividends and buying back shares. Eventually though the company will need to release a new product to offset slowing growth in the high-end smartphone market and increased competition in the tablet business.

Google and Amazon have dominated their businesses, Internet search and online retailing, but they have also diversified by offering other products and services too. Investors have profited in the past from these companies and they should continue to do so in the future.

Expect to see all three companies remain admired for a long time to come.

Is Bird Global Worth a Look?