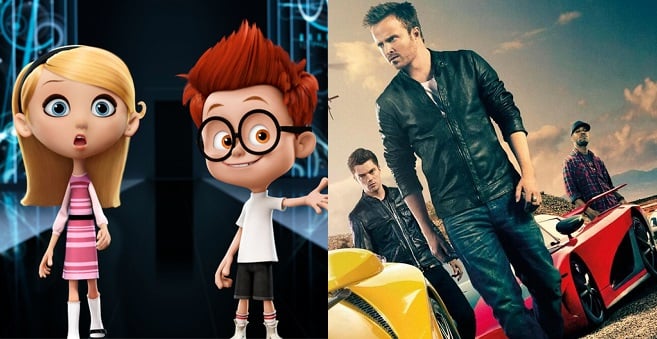 If Disney (NYSE:DIS) and DreamWorks Studios were hoping their tag team movie effort with Need for Speed would result in a new franchise, consider those hopes dashed.

Despite a $66 million budget and far too many comparisons to Comcast (NASDAQ:CMCSA) Universal's Fast & Furious movies, Need for Speed proved a veritable car bomb in its domestic debut this weekend, grossing an estimated $17.8 million for third place.

That's also well below early estimates, which had the video game-based film tracking in the $25 million range. What's more, don't expect a huge boost in coming weeks as a result of strong word of mouth -- polled audiences seemed reasonably entertained based on its modest "B+" CinemaScore, but weren't exactly jumping out of their seats with excitement.

By comparison, 2006's The Fast and the Furious: Tokyo Drift was the lowest-grossing movie in its own franchise by a wide margin, picking up just $24 million in its first weekend en route to a painful $62.5 million U.S. cume. Tokyo Drift made up some ground overseas, however, where it earned another $96 million to bring its worldwide total to $158.5 million.

Similarly, Need for Speed has already grabbed $45.6 million internationally, and has yet to roll out in roughly a dozen countries. We'll see how it fares from here, but it's safe to say this isn't the start Disney and DreamWorks Studios had wanted.

Battle of the holdovers
Meanwhile, DreamWorks Animation's (NASDAQ:DWA) Mr. Peabody & Sherman made up for lost time after last weekend's "weak" launch, falling just 34.2% to an estimated $21.2 million. That's slightly better than the $20 million I expected based on the 38.8% fall experienced by DreamWorks' The Croods this time last year.

This should also take some heat off DreamWorks Animation, shares of which fell last week after some pessimistic analysts had trouble seeing the family-friendly film collecting more than $310 million in worldwide ticket sales by the end of its theatrical run.

Keeping in mind I've already gone out on a limb to respectfully disagree -- and that was before Mr. Peabody & Sherman's surprising strength this weekend -- that would have resulted in writedowns for DreamWorks of as much as $84 million. We'll see whether Dreamworks latest film can keep up its momentum, but I still don't think it'll be nearly as bad as everyone had initially feared.

Next, in second place this weekend was Time Warner's (NYSE:TWX) R-rated 300: Rise of an Empire, which fell a steeper-than-expected 57.6% to $19.1 million stateside. However, the ultra-violent sequel/prequel also added another $41.3 million internationally, where roughly two-thirds of its $236.3 million has been derived so far. Keeping in mind less than 54% of its 2007 predecessor's $456.1 million cume came from foreign movie-goers, Time Warner's latest $110 million effort may yet have a chance to live up to its name.

In any case, The Single Mom's Club also marks Perry's final film for Lions Gate. Going forward, he'll focus on developing a number of small-screen series under a multi-year agreement with the Oprah Winfrey Network, including The Haves and the Have Nots, Love Thy Neighbor, and his namesake Tyler Perry Show.

Lions Gate hasn't provided an official production budget for Single Mom's Club, which makes it difficult to gauge its (un)profitability, but most of Perry's films are estimated to come with a roughly $20 million price tag. That makes them relatively low-risk endeavors, anyway, so this isn't likely to break the bank for the studio.

Coming up next
Next weekend, however, Lions Gate is bringing out the big guns in 3,800 theaters with Divergent, which is currently tracking for a huge $55 million opening. Disney will provide the comic relief with Muppets Most Wanted, which hopes to replicate the $29.2 million debut enjoyed by The Muppets in late 2011.

I'll be sure to touch base before then to let you know how everyone will fare. In the meantime, just sit back and enjoy the shows.