Disney just confirmed 'The Incredibles 2' is on its way. Here's what fans and investors need to know. 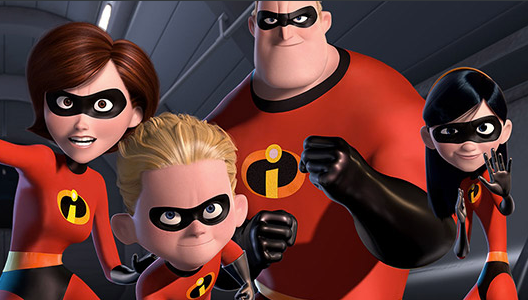 Disney Pixar has confirmed Incredibles 2 is in the works, Credit: Disney

Say it with me, Pixar fans: It's about time!

Kicking off The Walt Disney Company's ( DIS 1.68% ) annual shareholder meeting this morning, Disney CEO Bob Iger confirmed Pixar is planning both a third installment of its Cars franchise and a sequel to 2004's The Incredibles.

No offense to Cars, but I know I'm not the only one significantly more excited for an Incredibles sequel. In fact, last summer I practically begged Disney to make it happen, and the response from readers both in our comments and on social media proved overwhelmingly positive.

And why not? With all the time we've spent writing about superhero movie sequels since Disney acquired Marvel in 2009, it's easy to forget the House of Mouse has held an animated ace up its sleeve ever since the first Incredibles grossed $631.4 million worldwide in 2004.

Look to Marvel as a guide
How does that compare to The Incredibles' live-action counterparts? Well, The Incredible Hulk and Captain America: The First Avenger hauled in a combined $634 million worldwide in 2008 and 2011, respectively. Thor grossed $449.3 million in 2011. Iron Man and Iron Man 2 tallied respective global totals of $585.2 million and $623.9 million in 2008 and 2010.

Thor: The Dark World did beat The Incredibles, but not by much; nearing the end of its theatrical run now, Thor 2 currently sits just below $642 million. Based on early tracking data, next month's Captain America: The Winter Soldier should also be right around the $600 million range.

Finally, Iron Man 3 and Marvel's The Avengers were the world's highest grossing movies of the past two years, collecting $1.215 billion and $1.518 billion, respectively.

But that also brings up an important question: What do all of Marvel's top-performing films have in common? Apart from obviously revolving around superheroes, they're all sequels. It seems a fair observation, then, that when people have time to warm up to a superhero team through a properly implemented movie, they can't seem to get enough.

Given the lovable, relatable characters that comprise The Incredibles' universe, I see no reason to believe Pixar's super-powered sequel will be any different.

Bird's the word
I'm also encouraged by Disney's confirmation The Incredibles director Brad Bird is returning and currently writing the script for the sequel.

Though Bird is simultaneously finishing Disney's live-action film, Tomorrowland (slated for release in mid-2015), he's kept himself busy with Pixar since 2004 by writing the original story for Ratatouille and serving on the senior creative teams for Up, Brave, Toy Story 3, and Monsters University.

Of course, one man alone doesn't make a great movie, but you'll be hard pressed to find someone willing to argue either The Incredibles or its pending sequel would be the same without Bird's signature touch. Call me crazy, but I don't think it's a coincidence the only two Pixar sequels with which Bird was involved currently stand as Pixar's first- and third-highest grossing films -- Toy Story 3 totaled $1.063 billion in 2010, while Monsters University brought $743.6 million last year. Finding Nemo sits sandwiched between them, having earned $895.6 million in ticket sales in 2003.

That's why I pointed to "Brad Bird's quest for the perfect storyline" last July as one of the primary reasons The Incredibles 2 hadn't yet entered Pixar's pipeline. Only two months earlier, Bird stated, "I have many, many elements that I think would work really well in another [Incredibles] film, and if I can get 'em to click all together, I would probably want to do that."

Considering Disney's CEO felt comfortable enough telling investors The Incredibles 2 is officially in the works today, it looks like Bird may have already accomplished that goal.