The companies behind the booming e-cigarette market -- including Altria Group (NYSE:MO), Lorillard (NYSE:LO.DL), Reynolds American (NYSE:RAI), and Philip Morris International (NYSE:PM) -- and their investors should prepare for some tough news. A new study shows that an increase in poisonings has occurred in tandem with the popularity of e-cigarettes. Here's what you need to know.

Poisoning the well
One of the key ingredients to e-cigarettes, liquid nicotine, is a highly potent neurotoxin. Even a small amount can cause vomiting, seizures, or even death when ingested or absorbed through the skin. Highly diluted e-liquids even pose a risk, with only a teaspoon amount capable of killing a small child.

For consumers that have moved beyond the e-cigarettes available in stores and use vaporizers or other devices, e-liquids are available in small bottles with the liquid nicotine mixed with a variety of available flavors and colors. It's these additions that make the substance especially attractive to small children.

Particularly dangerous
Based on the review of cases reported to poison control centers nationwide, more than 1,300 cased were linked to e-liquid poisoning, more than double the cases in 2012 and on pace to double again in 2014. Of the cases, almost a third were referred to hospitals.

As mentioned before, the liquid nicotine is especially dangerous to children, since the concentration of the substance is very high and absorbs quickly. The reports of poisonings have proved that one age group is particularly in danger -- ages two and under.

But even adults are at risk. One women in Kentucky was admitted to the hospital after her e-cigarette broke and leaked the liquid nicotine into her bed, which was then absorbed through her skin. 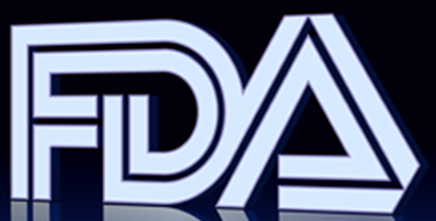 A matter of time
Though the sale of liquid nicotine is legal and widespread, like e-cigarettes themselves, it's not regulated. Though the Food and Drug Administration has said it would begin to regulate the industry at a later date, it has yet to disclose how.

Since the report doesn't include evidence that the liquid nicotine can result in poisoning through use of e-cigarettes or vaporizers, the companies behind e-liquid and e-cigarettes will likely continue to tout the product's success and reported aid in traditional smoking cessation.

One of the key takeaways for the companies should be that an awareness campaign is needed. According to a representative of the Kentucky Regional Poison Control Center, most parents aren't aware that the liquid is poisonous until their child begins getting ill.

What does this mean for investors?
For now, investors should wait to see how the companies respond to the new report. Though the liquid is potentially dangerous if not monitored, the booming industry is far from ending anytime soon. Since this will be an ongoing story, there's little for investors to do now but wait and see.