Please ensure Javascript is enabled for purposes of website accessibility
Free Article Join Over 1 Million Premium Members And Get More In-Depth Stock Guidance and Research
By Jessica Alling - Apr 20, 2014 at 10:15AM

There are a lot of qualities you can judge a bank by, but none may be so crucial as customer satisfaction. Based on recent customer data, here are the nation's five best banks.

Though pinning the term "best" on any bank is highly subjective, one of the key function of a successful bank is keeping its customers happy -- allowing the money to keep flowing. Based on recent customer satisfaction data, we can clearly see the nation's five best banks and how they address the top customer concerns.

Power in numbers
Two of the most reputable surveys of customer satisfaction come from J.D. Power and Associates and the American Customer Satisfaction Index. Over 120,000 customers are randomly surveyed in order to produce the two studies. These two sources take a comprehensive look at what customers care about most, and how the nation's banks stack up.

Over the past year, the banking industry as a whole has gained some major traction with customers, resulting in record high satisfaction ratings during the third quarter, according to ACSI. The nation's banks satisfaction rating jumped 1.3 points to 78 out of 100.

Though the bigger banks still trail the smaller regional banks and credit unions in terms of customer ratings, they continue to see improvements following the huge drop experienced during the financial crisis. As you can see in the chart below, the Big Four -- JPMorgan Chase, Bank of America ( BAC -1.06% ), Wells Fargo ( WFC -1.49% ), and Citigroup -- all had customers report far lower satisfaction rates than the industry average: 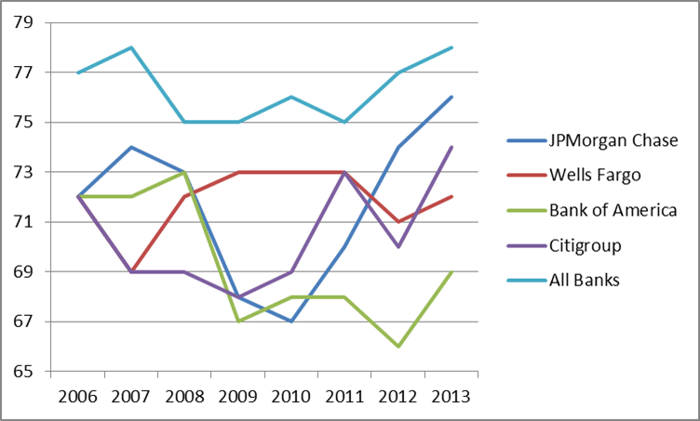 Though the American Customer Satisfaction Index does give an overall idea of how customers view their banks, the J.D. Power and Associates U.S. Retail Banking Satisfaction Study dives a bit deeper, analyzing customer ratings in five key categories: 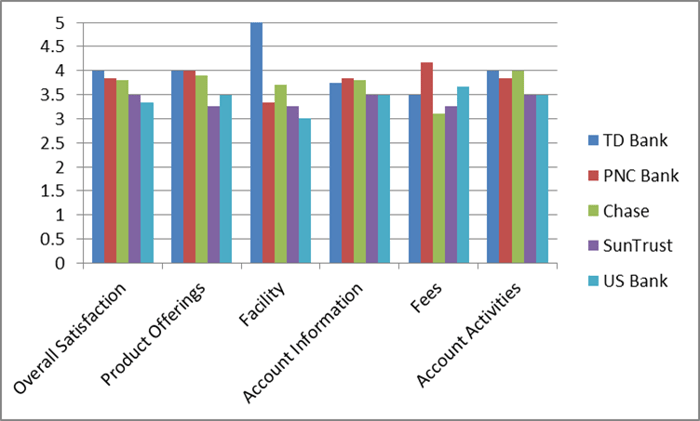 TD Bank blew its competitors out of the water thanks to its flexible branch hours, including on Sundays. But PNC won the dreaded fees category, with the average rating topping 4.2 out of five.

Bottom of the barrel
One of the surprising takeaways from the J.D. Power and Associates study is how customers ranked Wells Fargo. Most everyone is aware that Bank of America is commonly cited as the worst bank in the nation, but the study shows that it's not lonely down there on the bottom: Wells Fargo was consistently in the second-worst spot.

Versus the average ratings of the top five banks, Wells Fargo and Bank of America are falling short: 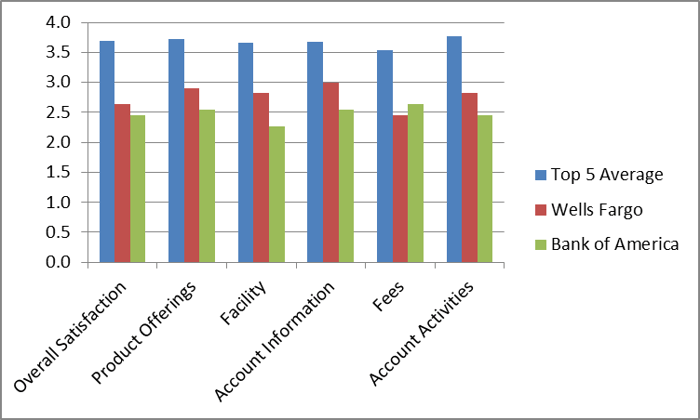 Why it matters
Studies have proven it's more expensive to attract new customers than it is to keep current ones. For banks, having a successful relationship with customers can lead to more lucrative accounts and expanded services. So, the banks falling short on customer satisfaction (ahem, Wells Fargo and Bank of America), will have a tougher time convincing their clients to expand the relationship -- while the top banks are likely to attract dissatisfied customers from their rivals. 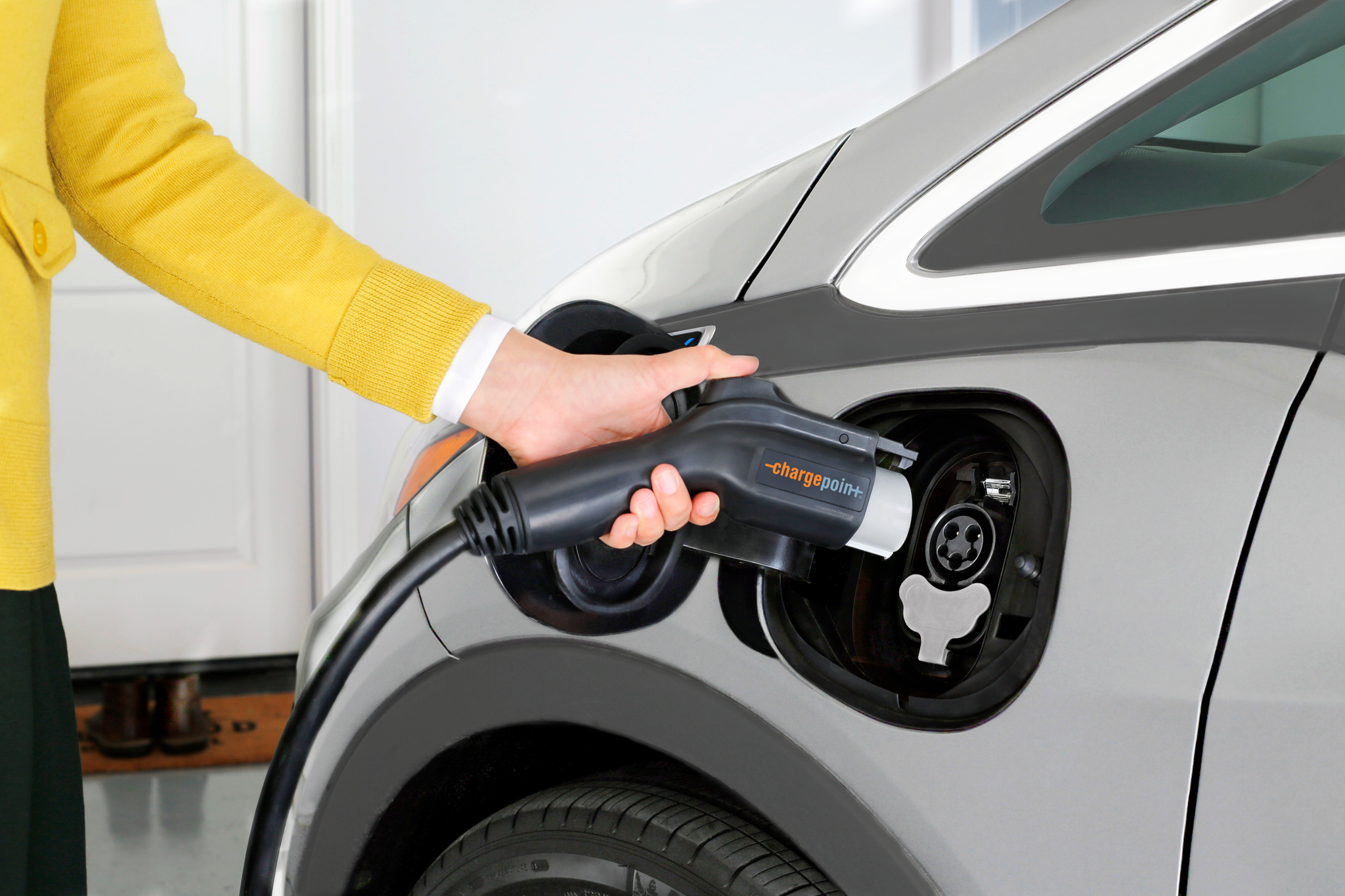