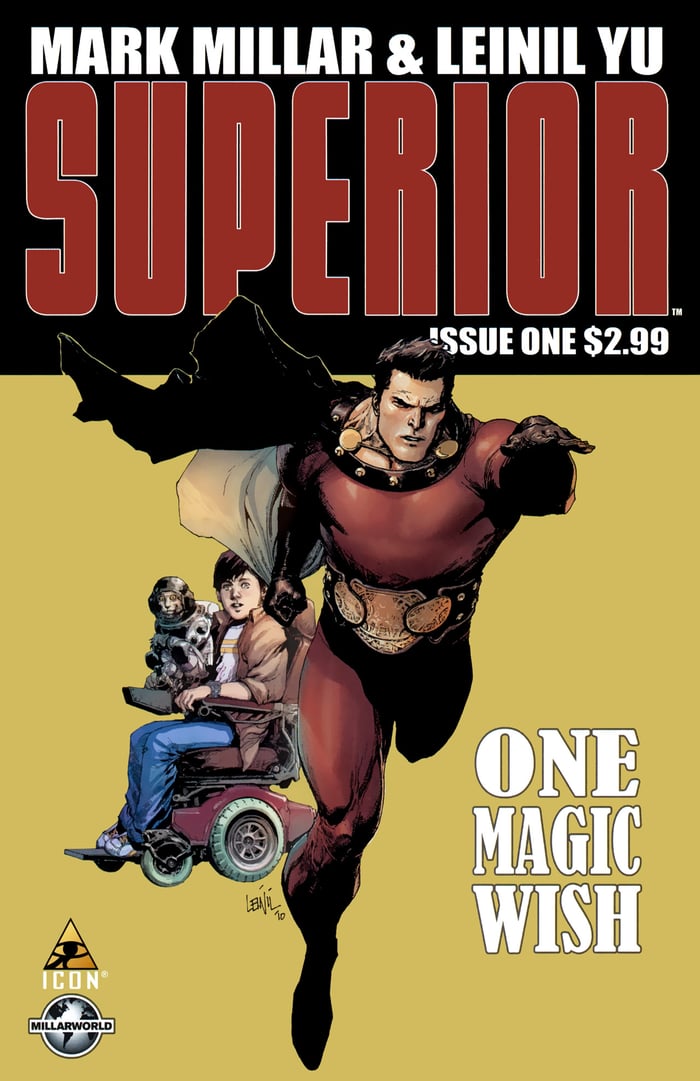 Comic books and comic book movies have rarely been more popular, which explains why Twenty-First Century Fox (NASDAQ:FOXA) picked up the movie rights to creator Mark Millar's Superior. But will the deal pay off for the studio? Or has the market become overcrowded with niche adaptations?

Host Ellen Bowman puts these questions to analysts Nathan Alderman and Tim Beyers in this week's episode of 1-Up On Wall Street, The Motley Fool's web show in which we talk about the big-money names behind your favorite movies, toys, video games, comics, and more.

The story is clever enough, and could play well with moviegoers. An M.S.-stricken young boy longing to regain his athleticism wishes to become a superhero dubbed "Superior." Soon after, the creature that granted the wish -- a demon monkey from Hell -- reveals to the boy that he'll have to sell his soul if he's to retain his new, more powerful form.

There's also history to consider. When looking at estimated return on investment, Nathan found that six of the 10 most profitable comic book movies were sourced from independent properties. The Mask tops the list with a better than 409% return, followed closely by the original Teenage Mutant Ninja Turtles at 398%. Distributor New Line Cinema, now part of Time Warner, was independent at the time these movies were released.

Now big studios such as Fox want a bigger piece of the indie action, and they're turning to proven performers like Millar. Movies adapted from his independent comics have earned an estimated 9.2% return on investment after factoring in budget, marketing, and distribution, Nathan says. That's a huge difference from the average indie, which checks in at a 6% box office loss.

Tim adds that there's also parallel track emerging wherein different studios are tackling different aspects of the genre. Marvel and DC are pursuing the PG-13 crowd, and enjoying big grosses as a result. Indies, by contrast, tend to carve out darker, R-rated stories.

Investors shouldn't presume that these properties are going to drive huge profits because R-rated properties almost never do -- unless the movie in question is cheap to make, like a good horror flick. Or, The Mask. Or the original Teenage Mutant Ninja Turtles. Fox needs to be thinking similarly when it comes to Superior and other indies it acquires.

Now it's your turn to weigh in using the comments box below. Would you be buying stock in media companies that are betting bigger on indie comics properties? Why or why not? Click the video to watch as Ellen puts Nathan and Tim on the spot, and then be sure to follow us on Twitter for more segments and regular geek news updates!