Mike Fee
(mikefee)
Author Bio
Mike Fee is originally from St. Paul, MN and has been working and attending Webster University in Bangkok, Thailand. He has been a Fool since 2009. You can follow Mike on Twitter at @mfee02

Howard Hughes was an American business tycoon. He was a pioneer and a risk taker who created a sizable business empire. Apart from being a great businessman, Hughes was a great investor as well, acquiring large amounts of land beginning in the 1950s. His legacy lives on today through The Howard Hughes Corporation (NYSE:HHC).

Real estate holdings sold to The Rouse Group
During the later years of his life, Hughes formed Summa Corporation. It owned large tracts of land and buildings in Las Vegas and Los Angeles, including several casinos.

In 1996, more than 20 years after his death, Summa (which was renamed The Howard Hughes Corporation by his surviving heirs in 1994) was sold to The Rouse Group, which later became Rouse Properties.

Rouse was eventually sold to another retail shopping mall REIT, General Growth Properties (NYSE:GGP) in 2004. However, things looked pretty bleak when General Growth was fighting to stay afloat during the global financial crisis.

Howard Hughes in Inglewood, CA in the 1940s.

Bill Ackman to the rescue
Just when it appeared that General Growth was doomed, activist investor Bill Ackman of hedge fund Pershing Square Capital Management fame stepped in. Years prior to his highly publicized short call on Herbalife (NYSE:HLF), Ackman was a buyer of distressed businesses, looking for value in a turbulent and uncertain market.

After buying shares of General Growth for as low as $0.35 a share in 2008, he became the largest shareholder in the company. The effort "turned $60 million into $1.6 billion," the hedge-fund manager told Bloomberg News in 2011. Once General Growth recovered, the company spun off two newly created companies: The Howard Hughes Corporation in 2010 and Rouse Properties in 2012.

MPCs are located in Las Vegas, Houston, Honolulu, and Columbia, Md. The company generates most of its revenue from sales of its residential lots to homebuilders and commercial land-developers. 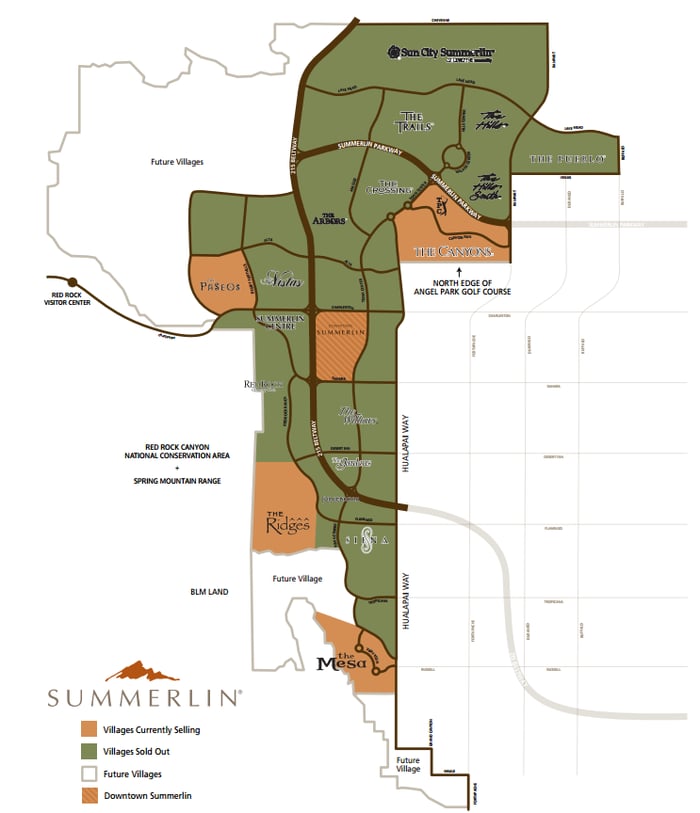 Houston, which is considered the energy capital of the world, is also the birthplace and home of "The Aviator" Howard Hughes. Energy giant Exxon-Mobil recently announced it will be moving its 385-acre corporate headquarters just south of The Woodlands. It expects around 10,000 employees to work at the new campus in 2015. Many are expected to live in the MPC.

In Honolulu, where the median existing single-family home price is $738,000, The Howard Hughes Corporation has been developing the Ward Village. Located less than a mile from Waikiki Beach, this community is garnering a lot of attention. Waiea, the first residential tower, celebrated its groundbreaking ceremony on June 9, 2014.

Despite strong demand, its master planned communities still have more than 62,000 remaining lots available for sale. The company has a diverse mix of retail, office, multifamily, and resort assets, reducing its risk through diversification. The company's eight operating properties are primarily retail and include its flagship South Street Seaport development in Manhattan, New York.

Ackman's profits from turning around General Growth were put into Howard Hughes. Pershing Capital currently holds around 13.2% of the shares outstanding, currently worth nearly $820 million.

He said in an interview with Bloomberg that Howard Hughes Corp. is probably the best undiscovered long idea anywhere in capital markets, and that Pershing Square will probably own a stake in the company "forever." The management and board of directors of the company together own around 31% of the shares. Investors can feel more confident about the business when decision makers have some skin in the game.

Takeaways
Howard Hughes looks like a winner. Despite earnings being inconsistent due to the timing of the lot auctions, investors can be assured that the company is taking a conservative and disciplined approach with its assets. It did not sell any major holdings during the financial crisis.

Fixed income real estate investors focused on dividends should be looking elsewhere. Despite being spun-off from a REIT, Howard Hughes is not a REIT, and does not pay a dividend.

Love him or hate him, Bill Ackman turned this company into a gem.

His proven track record at General Growth is a testament to his ability to unlock shareholder value. Howard Hughes investors should expect the same commitment and strategy too. Along with an experienced management team and a recovering real estate market, Howard Hughes is ready to take to the skies again.