Is Marvel’s sudden interest in diversity in comics really just a publicity stunt?

Last week, Disney's (DIS 0.43%) Marvel Comics stunned the world by announcing that Thor would become a woman. Simply put, a woman would pick up Thor's hammer in October and become the new God of Thunder.

But that wasn't Marvel's only big twist. Sam Wilson, also known as Falcon, would become the new Captain America, turning the iconic hero into an African-American character for the first time in history. Before that, a Muslim girl became the new Ms. Marvel, and Miles Morales, a black hispanic teenager, became the new Spider-Man in the Ultimate Universe. 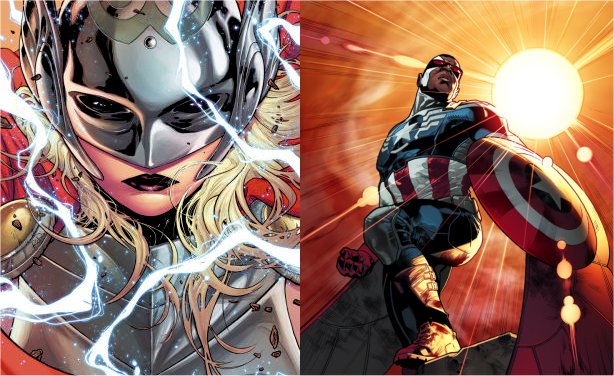 On the surface, this looks like a wonderful way for Marvel to embrace diversity by changing its characters to reflect America. However, anyone who follows comics knows that these are mostly headline-grabbing publicity stunts.

Indeed, when we look beyond these recent race and gender changes, we see that Marvel is still up to its old tricks -- "killing" Wolverine, outfitting Iron Man with a new armor, and endlessly rebooting key series with "all new" #1 issues. In other words, sprinkling diversity into the Marvel Universe is sadly just another way to generate short-term publicity and sales.

The convoluted state of the comic book industry
Between 2003 and 2013, annual North American revenue from Diamond's top 300 comic books rose 49% from $207 million to $309 million. While that growth sounds robust, overall unit sales only climbed 16% from 73 million to 84.5 million copies. This means that sales were fueled by higher cover prices rather than new readers -- which is disappointing considering the blockbuster success of comic book films over the past decade.

However, there are a few green shoots of growth. A recent analysis of comic book fans on Facebook (NASDAQ: FB) found that 40% of comic fans are women, many of whom read digital comics instead of print ones. Marvel has tried to tap into digital sales with Marvel Unlimited, a subscription-based plan to 15,000 comics that costs $69 per year or $9.99 a month. Marvel even recently offered the first month for $0.99 to attract new readers.

But female readers and digital sales can't save the comic book industry alone. For new comic book readers, the concept of sliding/split universes like Marvel's Ultimate Universe or Time Warner (TWX)/DC's 52 worlds makes very little sense. Meanwhile, rebooting flagship series with "all new #1" issues seems like a good "hopping on" point for new readers, but they often alienate older readers and fizzle out after a few dozen issues.

When we look at the introduction of the Muslim Ms. Marvel, we see a similar spike and decline -- her first issue sold 50,000 copies in February, but sales of the second issue fell to 38,000. 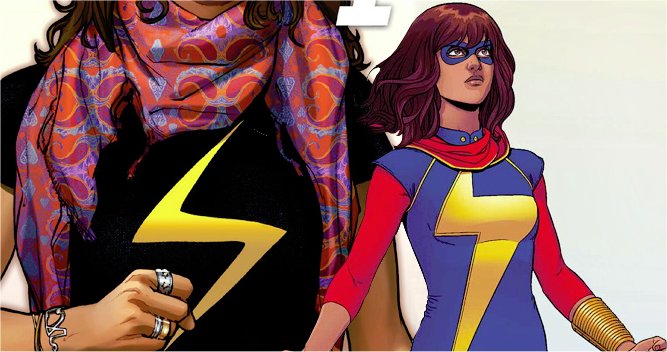 With the new female Thor, Marvel's parent company Disney ignited a media firestorm by having Whoopi Goldberg make the announcement on ABC's The View. Yet longtime comic book fans have seen "female Thors" many times in the past. In the regular Marvel continuity, Storm wielded the hammer. In alternate continuities, Black Widow, Crusader, and even Jane Foster wielded it.

A better approach to diversity
If Marvel is serious about adding diversity to comics, it needs to introduce new heroes of other genders and ethnicities, not simply change the sex or race of existing ones. The classic Thor and Steve Rogers will obviously eventually reclaim their roles in the future, which further cheapens the "change."

In 1966, when Stan Lee and Jack Kirby introduced Black Panther, the first black superhero, they created a brand new character. They didn't simply turn an existing hero black to make headlines. As for female goddess-like characters, Marvel could concentrate on making Angela, a comparable character recently reclaimed from Image Comics, into a strong leading character instead of turning Thor into a woman.

Unfortunately, Marvel prefers to play it safe, enjoy temporary sales boosts, and generate short-term media buzz with "daring" new gender and race changes that it will likely retcon in the future.

The Marvel-ous takeaway
Disney doesn't disclose how much revenue is generated directly by Marvel's print comics. Back in 2008, the last full year before Disney's takeover, Marvel reported $125 million in worldwide publishing revenues. That's a drop in the pond compared to the $45 billion in annual revenues Disney reported in 2013.

Yet Disney should still explore ways to help Marvel's comic book universe complement, not contradict, the one that it is assembling on the big screen. That way, the film and comic universes would be better connected and more accessible to old fans as well as new ones. If the two were more intimately connected, like the way ABC's Marvel Agents of SHIELD is to the films, they could be used as mutual promotions for each other.

Turning Thor into a woman or making Captain America black don't advance that long-term vision. Instead, they are only focused on small, short-term gains from viral publicity.