A killer app is a piece of software that's so attractive that consumers will buy the hardware necessary just to run it. In the early days of personal computing, Visicalc -- the first spreadsheet computer program -- made the Apple (NASDAQ:AAPL) II computer attractive for buyers. Later, email was considered a killer app for Internet access.

A killer app doesn't have to be a specific piece of software. It can be the way a device is applied. For example, with smartphones, the killer application was having the mobile web everywhere you went. With tablets, it was consuming the media the Internet had to offer -- streaming movies, reading eBooks, perusing news articles -- in a much more attractive (physically and fiscally) package than a laptop.

Smartwatch manufacturers and developers have yet to find the killer application for these wrist computers. Google (NASDAQ:GOOG) (NASDAQ:GOOGL) has thrown its hat in the ring with Android Wear and Google Now. Apple is expected to unveil a smartwatch with its own suite of built-in applications. And several other manufacturers have made smartwatches that aren't much more than fitness bands with better specs.

Health-conscious technology
A lot of people are excited about the fitness-tracking potential of smartwatches. The Galaxy Gear 2, for example, has a heart rate monitor built in, and Apple announced HealthKit at its WWDC this summer.

A smartwatch should be able to let people leave their phones at home when they go out for a run or do some crazy Crossfit workout. Gym goers would likely prefer to have their phone safely in a locker out of the way of rogue dumbbells. But for the most part, fitness bands already solve this problem.

The Fitbit Flex can track all your activities already for less than $100. Source: Wikimedia Commons

There are a few nice additions in smartwatches compared to fitness bands, such as a heart rate monitor and display, but the idea that these features would appeal to a much wider crowd than less expensive fitness bands doesn't make sense to me. A killer app has widespread allure.

While a smartwatch should be able to replace a fitness band, offering a slight upgrade at a significantly higher price point won't draw consumers to the new category en masse.

Give me information now
Google unveiled Android Wear, its modified version of the mobile OS for wearables, in March. Google put the focus on its Google Now service, which provides you with pertinent information based on context -- time, place, etc. It's also able to quickly fetch data like sports scores, stock prices, and weather.

Google Now is great for the smartwatch form factor because it produces "cards" that are meant to be viewed at a glance. The problem is that using Android Wear usually requires you to have your phone nearby. Google Now is excellent on Android phones, and it's even pretty good on iPhones through the Google Search app. I'm not sold on the idea that people will pay $200 to $300 just for the convenience of leaving their phone in their pocket.

Apple might be working on something
Apple's long-awaited iWatch is expected to be part of this falls new product lineup. If any company has a killer app up its sleeve, it's Apple. 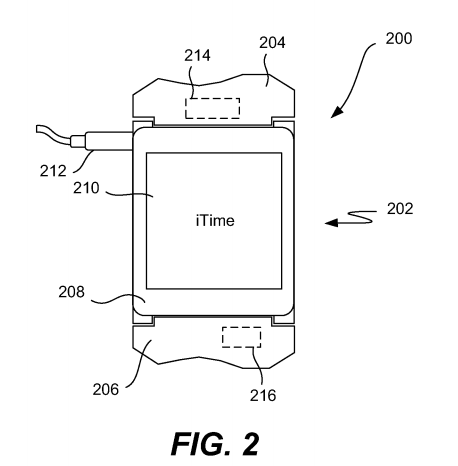 Moreover, voice messaging likely has limited appeal. Nobody wants to be that weirdo that's telling his watch to send a message for him. The best use is for people driving or riding a bike, who can't easily use their phone. Why voice messaging is better than placing calls or text messaging is beyond me.

Still, Milunovich has high expectations for the iWatch. He thinks Apple can ship 21 million units in fiscal 2015, which at an ASP of $300 would translate into $6.3 billion in revenue. That would barely move the needle at Apple, which generated $171 billion in revenue during fiscal 2013. Those expecting the iWatch to be a game changer for Apple may want to rethink.

The world awaits
It usually takes some time before software developers catch up with the hardware available. While Apple's closed system puts in the best position to have a killer app at launch, we haven't heard anything that makes me believe that it has that piece of the puzzle yet. As a shareholder, I'd love to be proven wrong.

Meanwhile, smartwatch sales have underwhelmed thus far, with just 500,000 units sold in the U.S. between October and the beginning of June, according to NPD. Until there's a killer app, sales are unlikely to pick up speed. If developers take too long, the smartwatch may suffer the same fate as the netbook.