Microsoft (NASDAQ:MSFT) recently made a flurry of announcements regarding the Xbox One at the Gamescom trade fair in Cologne, Germany.

With new exclusive games, bundles, hardware, and software features, Microsoft made it clear that it doesn't plan to give up on the Xbox One, which currently trails behind Sony's PS4 and Nintendo's Wii U with 5 million units sold. Let's take a look at Microsoft's top announcements, and how they could shape the future of the Xbox One.

Exclusive new games
One of the Xbox One's biggest weaknesses is the lack of exclusive games. Of the top 10 best-selling titles on the Xbox One, only two -- Forza Motorsport and Dead Rising -- are Xbox One exclusives. The best-selling game on the platform, Electronic Arts' Titanfall, was also released for the Xbox 360 and Windows.

Microsoft will launch the multiplayer beta of Fable Legends on Oct. 16. The game, which takes place in the Fable universe, is a multiplayer dungeon crawler where four players play the heroes while another controls the dungeon as the villain. Another unique game is Remedy Entertainment's Quantum Break, which promises to "interact" with a companion TV show when both arrive next year.

There are also plenty of shooters on the way. Sunset Overdrive, the eagerly anticipated third-person shooter from Insomniac Games, will arrive on Oct. 28. On Dec. 29, the Halo 5: Guardians beta will open to gamers who purchase The Master Chief Collection in November. Halo 5 will arrive in the fourth quarter of 2015, and should be a guaranteed blockbuster, considering that Halo 4 previously sold 9.1 million copies on the 360. Next January, Evolve -- a new shooter from Valve's Left for Dead team -- will offer an Xbox One beta. 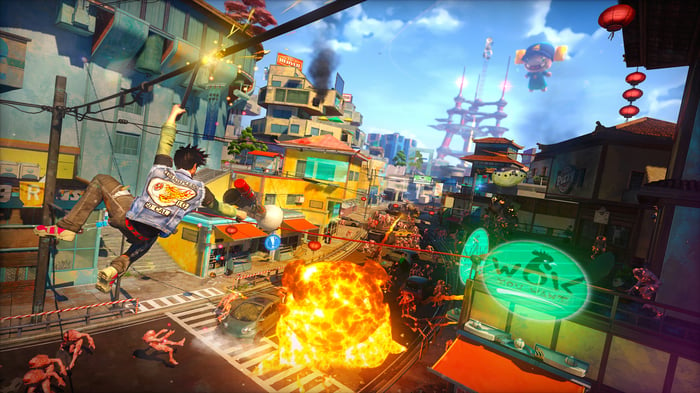 But the biggest revelation was that Square Enix's Rise of the Tomb Raider will debut as an Xbox One exclusive in late 2015. Considering that the Tomb Raider reboot in 2013 sold 4.8 million units across five platforms (with 2.2 million on the PS3), the sequel should give the Xbox One a nice holiday boost next year.

Yet the one game that was curiously absent was Gears of War, which sold over 20 million copies over four games for the Xbox 360. That's because Epic Games, the original developer, sold the rights to Microsoft's Black Tusk Studios, which still hasn't announced a release date for the next game.

Big new bundles
Microsoft will also launch two new bundles to boost hardware sales. The first one, an all-white console packed with Sunset Overdrive, will sell for $400 without the Kinect on Oct. 28. The second one, a Call of Duty: Advanced Warfare-skinned Xbox One with a 1TB hard drive (double the size of the existing one) and the game, will sell for $500 on Nov. 3, also without the Kinect.

Those bundles are great values for gamers, but it continues Microsoft's tradition of taking losses on the Xbox One to gain market share. IHS iSuppli reports that the Xbox One, without the Kinect, has a teardown cost of $396. This means that Microsoft is practically selling the Xbox One at cost while taking another $50 loss by giving away games for free. While Microsoft's ultimate goal is to take a cut of software sales and Xbox Live subscriptions, this strategy can be costly in the long run.

Sony doesn't significantly lower the price of its bundles to sell PS4s. It will release its white Destiny PS4 bundle on Sept. 9 for $450 -- the same price as the console plus the game. The only "perks" that the customer gets is a glacier-white console and a month of free PSN access. Of course, Sony can afford to offer only meager extras with its bundles, considering that it has now doubled Xbox One sales with 10 million units sold.

While Microsoft is promoting these features as "new" ones, they're already standard in much cheaper devices. Chromecast, Roku, or even a Raspberry Pi can serve as DNLA renderers with the right tweaks. The Roku and Pi can play media off USB devices, and all three devices support most major codecs. It's ironic that although Microsoft originally promoted the Xbox One as an all-in-one media center, it lacked basic playback features that $35 to $50 devices could easily pull off. The reason, presumably, was to persuade customers to purchase media from Xbox Video and Music instead.

But at least the Microsoft is rectifying its past mistakes. More importantly, the PS4 still lacks DNLA support and doesn't allow users to play media from USB devices for the same reason -- Sony also wants users to subscribe to its Music and Video Unlimited services.

The Foolish takeaway
In conclusion, Microsoft is clearly addressing the biggest problems with the Xbox One.

Microsoft will offer better exclusive games over the next two years. It will take losses to offer attractive bundles to gain market share. It will finally open up the Xbox One as a true media center instead of one designed to sell content. But these strategies could lead to more losses for the Xbox division, which many people -- including Bill Gates and Stephen Elop -- have suggested selling or spinning off.

So what do you think, fellow gamers and investors? Will Microsoft's plan for the future generate higher Xbox One sales, or is it too little, too late for the underdog console?