SunPower (NASDAQ:SPWR) has become a power in the solar industry by building the most efficient and most reliable solar panels in the industry. But what exactly separates a SunPower solar module from the average solar module?

Below, I'll take a look at the technology and how SunPower is building a durable competitive advantage in the solar industry. 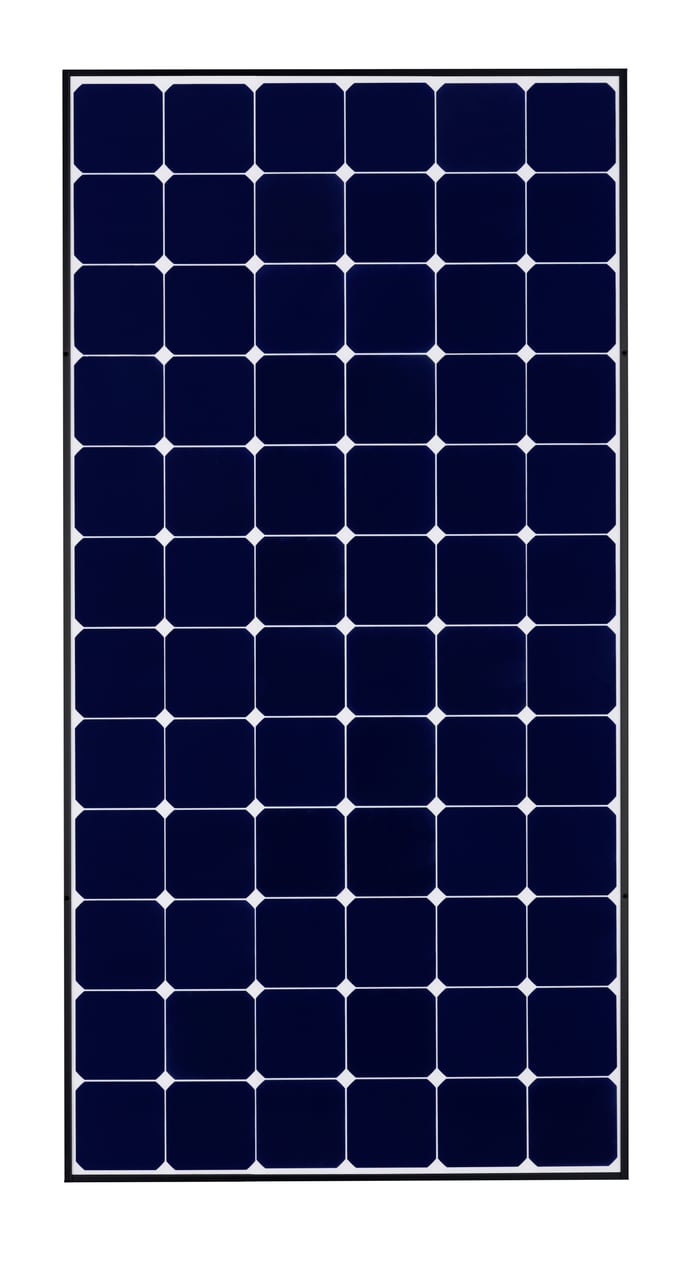 SunPower X-Series panel, which can reach efficiency of 21.5%. Source: SunPower.

It all starts with silicon
The vast majority of solar panels built today use silicon semiconductors as their core material. The silicon can either be multi-crystalline or mono-crystalline, but the latter is higher efficiency so that's what SunPower uses.

The other thing SunPower does is use an n-type silicon semiconductor versus the less efficient p-type that's more common in solar today. P-type semiconductors are prone to higher degradation rates both when a panel goes into service and over time, and this n-type construction is one reason SunPower's panels maintain higher efficiency long term.

What's interesting in the silicon portion of the panel is that SunPower doesn't do anything another company couldn't do if it wanted to. It just chooses materials that are a cut above what most companies are willing to pay for and gets higher efficiency as a result.

Construction of the cell matters
Once silicon is cut into wafers it's time to make a solar cell. This is where SunPower's construction differs greatly from competitors.

A traditional silicon solar cell with ribbons and busbars on the surface of the cell. Image credit: U.S. Department of Energy via Wikimedia.

SunPower uses a solid copper foundation, back contact construction for its solar cells. So, instead of the electrons freed by the sun's energy flowing through ribbons and busbars on the top surface of the cell (seen to the right) they flow out the back of the cell onto a solid copper foundation. This also allows SunPower to place conductors closer together, providing a shorter path for electrons to travel before becoming electrical current.

The back contact construction has been known for years but it's not commonly used because it's complex to make. If it weren't, others would be using the technology.

Cell connections improve reliability
The copper back contact material SunPower uses also improves the connection between each cell, making a more rugged panel (see below). In a solar panel you're essentially connecting about 60-72 distinct power generating cells that connect to make one panel.

In a traditional solar cell, the busbars seen running along the top of the cell are then connected to the cell next to them and so on. If a cell or busbar breaks the entire panel can be compromised. This is problematic because thermal cycles can crack the silicon base or the conductors of a solar cell. With the solid copper foundation SunPower reduces that issue.

SunPower has also engineered a lot of quality issues out of the solar panel by soldering the copper back plate to the cells next to it. This creates a more durable bond between cells that improves performance under stress from temperature cycles and physical damage to the panel. 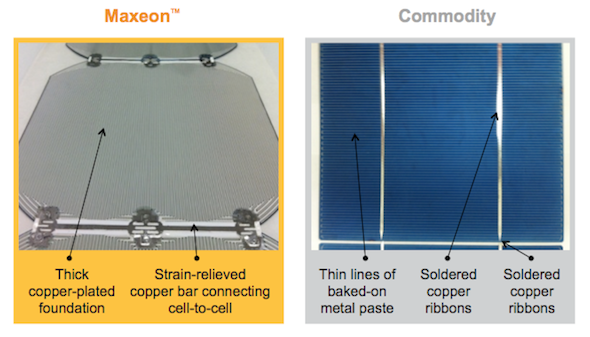 Not only does the back contact construction lead to higher efficiency for SunPower, it leads to a more reliable product long term, something third party testing firms have confirmed time and time again.

Below you can see SunPower's projection of its power advantage over the lifetime of a solar system, driven by the construction I've outlined above. 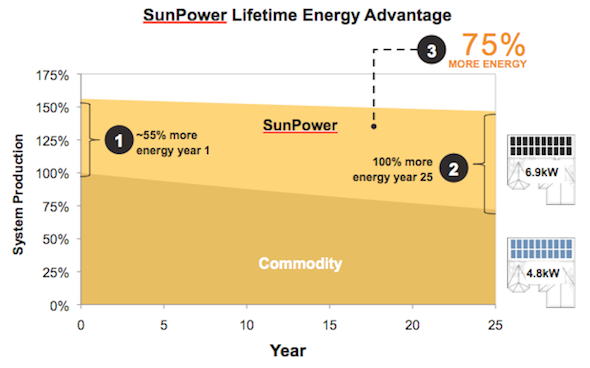 Foolish bottom line
There's no doubt that SunPower makes the highest quality and most efficient panel in the industry based on third party testing but the downside is that high-quality panel costs more per watt than competitors. To make up that cost, SunPower can pack more power in a smaller amount of space, lowering cost per kW-hr below the competition, which is the end goal for the solar industry.

For investors, I think this panel construction advantage is more durable than many people think because SunPower has spent millions developing the technology and manufacturing capability to make high-efficiency panels. This isn't a trivial accomplishment and if others could easily copy it they would have by now.

The high efficiency and reliability are some of the main reasons I own shares of SunPower stock and make the company worth a look for any investor looking into solar energy.